ROBOTS IN
THE WILD

Viewing robots through a mission lens

The field of robotics is advancing so fast it’s hard to keep up. Designers are developing and fielding new materials, miniaturization technologies, artificial intelligence, sensors, and locomotion capabilities at such a dizzying rate that almost any robot imaginable, it seems, is becoming feasible. These advances, combined with shrinking hardware costs, are making robots far more accessible for organizations that have not traditionally used them.

And Boston Dynamics is releasing “Spot,” its first commercially available robot for open world use. Spot is a quadrupedal bot with a long robotic arm, designed so customers can apply it to a range of use cases like pipeline inspection or 3D mapping of construction sites. During the coronavirus pandemic, Brigham and Women’s Hospital in Boston deployed Spot with an iPad mounted on its back as a mobile telemedicine platform. The robot enabled hospital staff to remotely interact with patients and triage them in testing tents outside the hospital, thereby reducing the exposure of front-line hospital staff to the virus.

The advance of the robots

There is even a nascent but fast-growing Robotics-as-a-Service (RaaS) industry that allows companies to outsource the often prohibitive, up-front costs of automation, thereby offloading risk. The RaaS installed base is projected to experience a massive increase, from approximately 4,000 units in 2016 to more than a million in 2026.

Moreover, we already see signs that robots will soon evolve from primarily stand-alone intelligent things to swarms of collaborative intelligent things where multiple devices work together, either with or without human input. Contributing to these developments is the imminent rollout of 5G networks, which will further accelerate data streams and connectivity, creating more ideal conditions for robots to thrive around us. Eighty-five percent of federal executives expect that 5G networks will expand opportunities for robots to operate in uncontrolled environments in their organizations.

As robots become more accessible and versatile, enterprises will discover new opportunities to push the intelligence of the digital world out into the physical world. New use cases are sure to proliferate across many more industry sectors and government missions. IDC predicts that the global robotics market will reach $241 billion by 2023 with only half of that in manufacturing, the traditional mainstay of robotics sales.

Viewing robots through a mission lens

As this robot proliferation unfolds, government leaders may be asking what this will mean for them and their agencies.

First, it will mean that mission-focused methods and approaches will need to be reassessed through a lens of robotics. Where will agencies find the greatest value in robotics, and what partners will they need to unlock it? What challenges will they face as they undergo this transformation, and what new responsibilities will they need to assume to their customers and society at large as they incorporate robots into their day-to-day operations? And is the workforce skilled and ready to support these changes?

Many agencies are already thinking through these issues as they enlist robots for a wide array of potential use cases that cut across the government’s vast mission set. Not surprisingly, the military has been a trailblazer within government. It employs—and envisions employing at even greater scale—robots to assist with explosive ordnance disposal, clear mines and roadside bombs, schlep gear and supplies in combat zones, serve as targets for firearms practice, scout battlefield terrain, conduct surveillance and reconnaissance, target and attack enemies, refurbish aircraft parts, and more. How machines think (& why government should care) 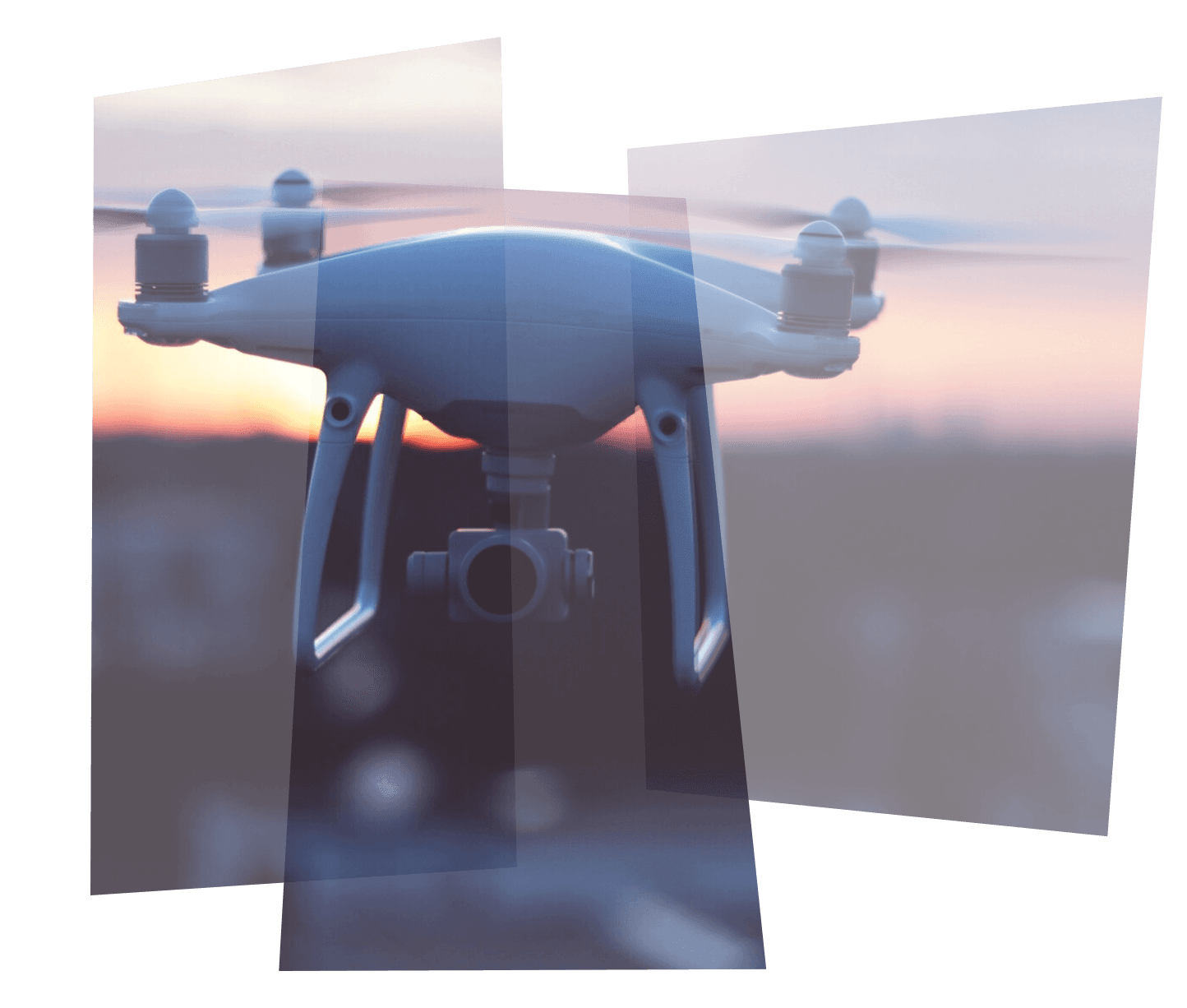 Others have followed suit. The Veterans Affairs Department uses robots to assist with surgeries; transport supplies, lab specimens, medications, and dinner trays at medical centers; and even provide comfort care to residents at VA senior community centers in the form of robotic cats and dogs.

The Postal Service has explored the use of robots within its sorting centers for three decades and more recently has tested autonomous vehicles for long-haul transport. The EPA, National Institutes of Health, and Food and Drug Administration collaborate to employ robots to conduct large-scale toxicology tests. The Maritime Administration is exploring their use to clean up oil spills. And, of course, few robots have become as renowned as NASA’s Mars rover, Opportunity.

While many agencies are looking to robots to assist with mission-related tasks, some agencies are also viewing them through a regulatory lens. For example, NASA, the FAA, the National Highway Traffic Safety Administration, and the Defense Advanced Research Projects Agency (DARPA) all have a hand in defining rules of the road for robots and autonomous vehicles to operate safely in public spaces, while others are considering the privacy implications as robots increasingly interact with citizens.

“
The Postal Service has explored the use of robots within its sorting centers for three decades and more recently has tested autonomous vehicles for long-haul transport.

The potential for deployment is enormous

These figures seem surprising given the vast number of potential federal use cases one can imagine. Robots come to mind first for jobs that are dirty, dull, and dangerous, and federal agencies certainly work in risky and grimy environments: Consider traditional lines of work like emergency management, homeland security, logistics, maintenance, facilities management, law enforcement, wildfire management, and military operations. Robots also enable a wide array of physical interactions in remote and hard-to-reach areas. And more recently, robots have made in-roads into other fields such as healthcare, therapy, customer service, and more.

So, what does it take to view one’s mission through a lens of robotics? In a nutshell, it takes focus, imagination, and education. DARPA, for example, has run numerous robotic challenges to assess current capabilities as they might apply to DoD missions.

The National Science Foundation (NSF), NASA, the Occupational Safety and Health Administration (OSHA), and the Department of Agriculture have teamed up to sponsor the U.S. National Robotics Initiative, which aims to accelerate development and use of collaborative robots (known as co-robots) that work beside or cooperatively with people.

And the Homeland Security Department—through its Science and Technology Directorate—has partnered with the National Institute of Standards and Technology (NIST) to develop performance standards and conduct evaluations of robots that could help with various DHS missions.

The matter of trust

As agencies begin deploying robots in service of their varied missions, they will confront another big consideration: Making sure those robots are trusted, safe, and secure. How will agencies build trust for robots among the variety of stakeholders who will encounter them? How will they design and govern the way robots interact with people and environments? And how will they address legal, liability, privacy, and ethical issues that may come up with their use?

These are critical points to get right. Increasing percentages of consumers that we surveyed believe robots can make their lives easier (48 percent) and more efficient (41 percent)—yet, a similar number (39 percent) say they are concerned robots will introduce more problems than they fix. 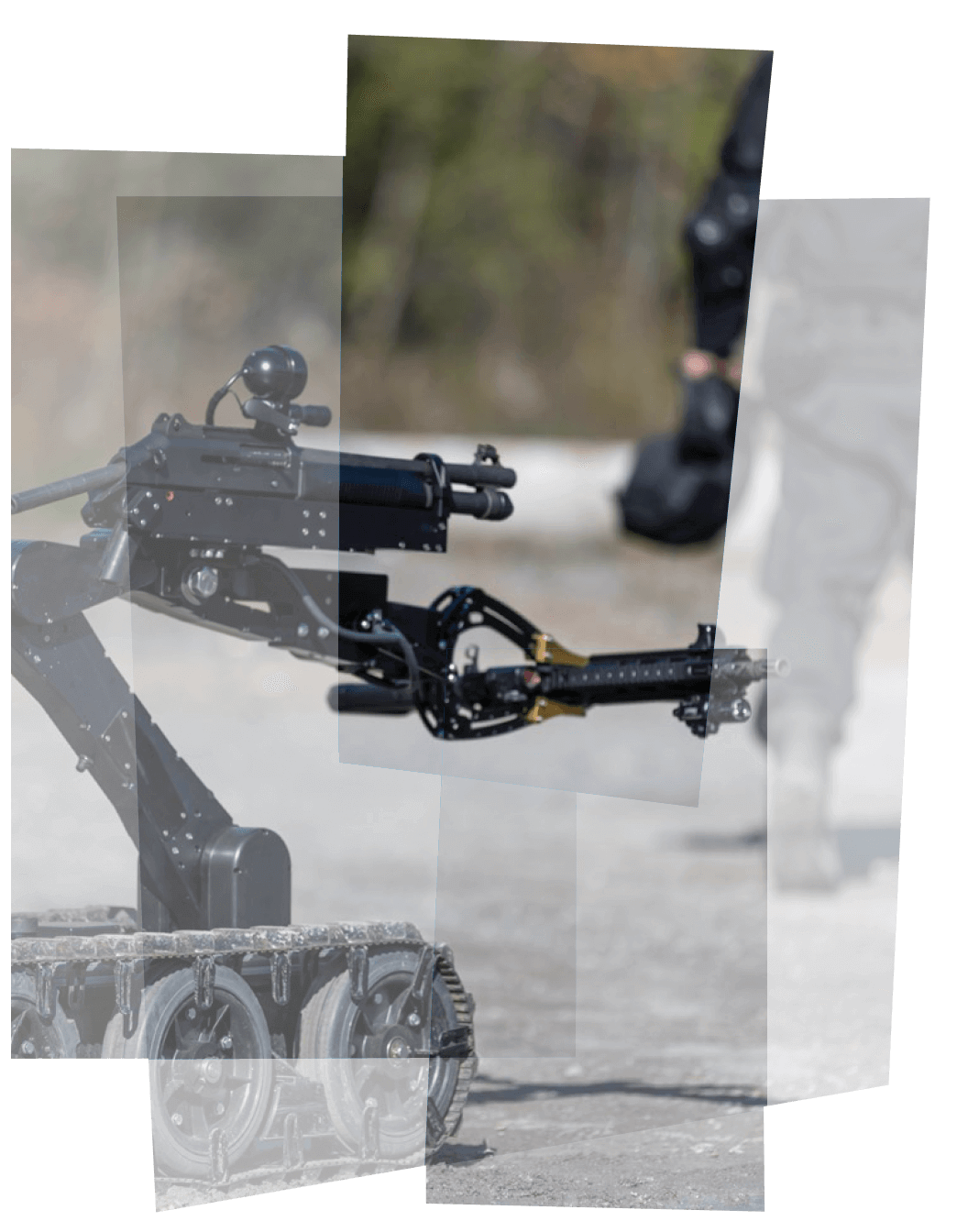 “
Robots come to mind first for jobs that are dirty, dull, and dangerous, and federal agencies certainly work in risky and grimy environments.

These are complex issues that will require study and a survey of best practices. It will be important for agencies to proactively help people who interact with these devices to understand machine behavior. Agency leaders will need to think about the types of expertise they may need—such as in the fields of user experience and human-machine interaction—to navigate these uncertain waters

To help minimize potential disruptions that robots may cause in uncontrolled environments, agencies can design devices in a way that clearly conveys intent. They can use simulations to explore and address specific safety issues. And they will need to work with industry partners to standardize these systems where possible.

Are agencies ready for robots?

Potential use cases and opportunities may be evident, but there can be little progress without a receptive organization. Are agencies’ cultures and leadership ready for robots? How about their stakeholders? And do they possess the skill sets needed?

Moreover, 57 percent of federal executives say their employees will be challenged to figure out how to work with robots, while 43 percent believe their employees will easily figure out how to work with robots. Getting the right skills in place to execute and sustain robotic endeavors can also present challenges. There have been large increases in demand for robotics technicians (a 121 percent increase since 2017) and for data scientists (an 88 percent increase between 2018 and 2019).

A good way to start is by launching discovery initiatives to understand the state of robotics capability—and limitations—as it relates to an agency’s missions and operations. Although autonomous capabilities offer many exciting possibilities, they cannot match the human brain’s breadth of intelligence and dynamic, general-purpose learning. Instead, focus robots on well-scoped purposes, particularly for automating routine or 3D human tasks.

Agencies can bring needed focus by assembling a cross-functional working group, led by a senior departmental executive, to identify, explore and pilot opportunities that will deliver compelling business outcomes. They should craft strategies for building, buying, or partnering with the right organizations to develop needed skills, expertise, and capabilities. Along the way, it will be critical to proactively solicit and address the concerns of affected stakeholders, including employees, through robust interactions and communications. To more easily scale these efforts, agencies should consider establishing centers of excellence to concentrate capabilities, maximize visibility, and address regulations and standards that can ease wider adoption and applicability. 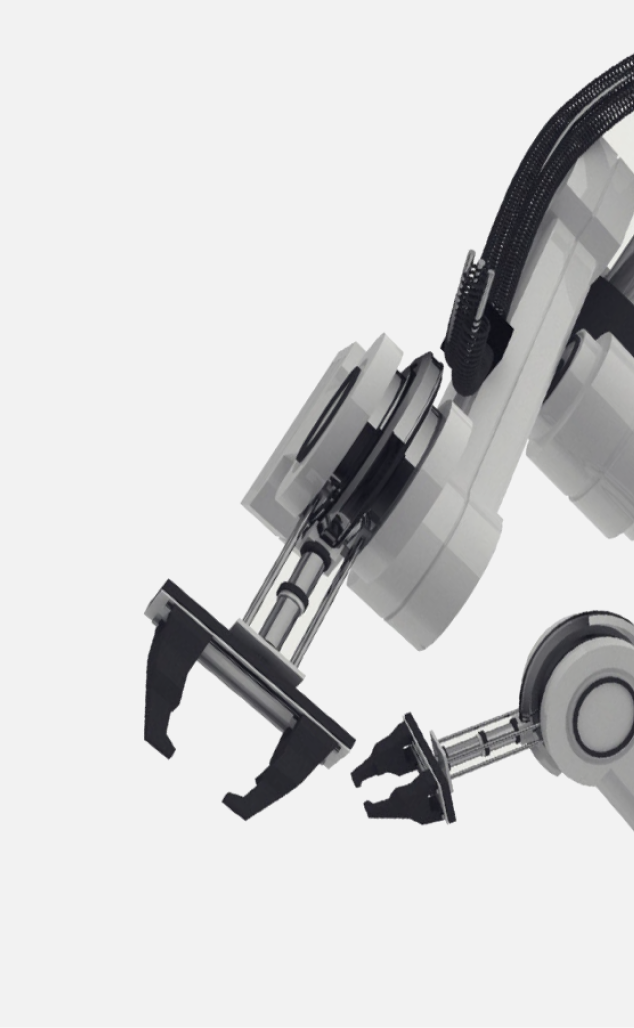 The impact of COVID-19

The rapid shift towards “contactless engagement” has reinforced the role that robots can play in performing dirty, dangerous, and dull work. At the same time, it has also underscored their potential to provide companionship within a virtual world. Consider these steps:

In the short term

Agencies can benefit by identifying additional opportunities to use robots to maintain business operations. Beyond traditional use cases, governments like Singapore are using robots to encourage social distancing.

In the long term

Agencies should prepare for robotics to become more pervasive even faster. Shifts in consumer behavior and new economic realities will likely accelerate the development of autonomous robotics and new use cases. For example, the Wall Street Journal reports that robot makers have increased their focus on the home delivery market in the wake of the COVID-19 pandemic.

Explore Trend 4: Robots in the Wild to prepare your agency for what's next.

Read the entire Accenture Federal Technology Vision 2020: Five Trends Defining Post-Digital Government to get the full story on each of our five trends and how they interact to set the technology agenda for the next three years.

An overview introducing our five key trends, their implications for the federal government, and key research findings.

A SlideShare highlighting key survey findings in one concise document.

VIEW ALL
VIEW LESS
Subscription Center
Stay in the know with our newsletters Stay in the know with our newsletters
Subscribe
Okay
Cancel
Close
View Transcript
Close
There is already a separate, active Accenture Careers account with the same email address as your LinkedIn account email address. Please try logging in with your registered email address and password. You can then update your LinkedIn sign-in connection through the Edit Profile section.
Continue
Cancel