The list of things we can subscribe to just keeps on growing—and both consumers and businesses are eating them up. On the consumer side, as individuals increasingly favor access to things rather than ownership, subscriptions are now estimated to be a $28 billion industry. A similar trend among businesses, spurred on by the growing use of the cloud, has driven the Software-as-a-Service market to top $100 billion.

But as impressive as those figures are, we’ve really only scratched the surface of what’s possible with subscriptions. The boundaries of subscription models can be pushed far further, and one of the most powerful tools that companies have to do so is the Internet of Things (IoT). IDC estimates that by 2025, more than 40 billion connected devices—including the machines, sensors, and cameras that form the core of IoT—will be generating around 80 zettabytes of data. And all those connected devices and the corresponding tsunami of data offer massive potential for driving subscriptions to even greater heights.

IoT is an untapped goldmine

Sparked by a new world of tiny, connected sensors, the term “Internet of Things” was coined in the late 1990s by a Procter & Gamble engineer. But the concept of connected machines goes back much further.

Perhaps one of the most famous examples is Rolls Royce's "Power by the Hour" program (it’s actually a Rolls Royce trademark), through which the company embeds its aircraft engines with sensors that can communicate when they are operational and when they need service—and customers only pay for the engines when they work. Rolls Royce invented this pioneering approach to engine maintenance management in 1962 and, nearly 60 years later, has seen many other companies apply the same concept to a variety of different settings and products.

Rolls Royce recognized long ago what others have awakened to today: that IoT is the key to unlocking product value in new, creative ways that are potentially even more lucrative than the traditional, one-time purchase model. In fact, the humble IoT sensor—now inexpensive, powerful, and pervasive—is opening the door to an entirely new model, Device-as-a-Service, where companies can essentially offer managed services for connected hardware.

The car: a really big device

For a good example, look at the “hardware” that most of us have everyday interactions with: our cars. Although it has a reputation for being highly conservative, the auto industry is actually at the forefront of the subscription revolution, both inside the car and out. Automakers around the globe are pursuing a variety of subscription-based innovations that capitalize on what IoT makes possible.

Tesla is probably the most talked-about example of a car company completely rethinking the automotive business model. The company has revolutionized the way cars are built, powered, sold, and maintained, with yet more big changes coming down the pike. In fact, Tesla is set to launch a subscription model for its new Full Self-Driving (FSD) package, a set of capabilities that allow drivers to set their cars to auto-pilot. Usually sold as a $10,000 add-on package at the time a customer buys a Tesla, FSD v9 capabilities will be sold as a recurring service that customers can subscribe to for a monthly fee.

more than 40 billion connected device will be generating around 80 zettabytes of data.

Several automakers are also considering how to apply the subscription concept to the whole vehicle. They’re experimenting with "cars as a service" programs that enable customers to drive different cars for a flat subscription fee. It’s an approach that reflects the fact that a growing number of car owners are questioning the expense associated with buying and maintaining something they only use for a fraction of their day. For instance, a survey by Avis Budget Group found that just one-third of drivers in Europe and Asia believe car ownership will be the most prevalent way to use cars in 2030—slightly less than the percentage who said the same about on-demand car sharing or car subscription services. As these programs grow more sophisticated and widespread, it's easy to imagine a future where drivers take their IDs with them and "sign in" to cars with a username and password.

Finally, the auto industry has just begun to tap into the IoT potential of sensors embedded into different parts of the car. Today, mechanics use such data to service cars effectively. But this data also has latent—and significant—potential value as an entirely new revenue stream. Imagine if carmakers collected anonymized data from tire sensors and offered it as a product to improve roads? Or to insurance agencies that wanted to better understand driver behavior? Or to insurance agencies who wanted to better understand driver behavior? In fact, Michelin already offers a specialized connected tire solution called Track Connect, which monitors the temperature of high-performance vehicles in real time. Selling subscriptions to such data and insights is another big way automakers can capitalize on IoT. 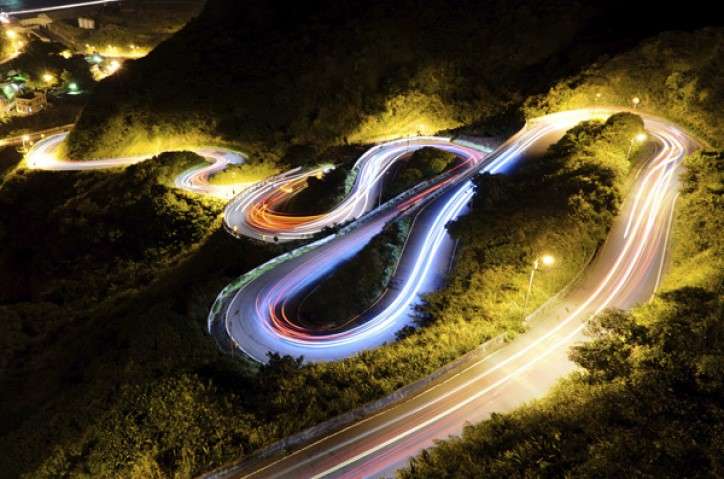 The fact is, digitally enabled services are set to become key drivers of growth and profitability in tomorrow’s auto markets, far outstripping the profitability potential of traditional car-selling to buyers. Accenture research shows that by 2030, traditional automotive sales will grow marginally to $2.2 trillion. In contrast, revenues from mobility services will soar to over half of that—$1.3 trillion—during the same period.

Is there potential in your organization to build a subscription business on the back of IoT? Take a closer look at your products, both physical and digital, to gain a deeper understanding of where the value lies. I’m willing to bet that when you do, you’ll likely find that IoT and Device-as-a-Service can uncover new revenue in places where you may not have expected to find it.

Copyright © 2021 AppDirect and Accenture. All rights reserved. Accenture and its logo are registered trademarks of Accenture. This document refers to marks owned by third parties. All such third-party marks are the property of their respective owners. No sponsorship, endorsement or approval of this content by the owners of such marks is intended, expressed or implied. This content is provided for general information purposes and is not intended to be used in place of consultation with our professional advisors.

Vikrant guides leaders in the design and implementation of transformation programs that reduce costs and improve performance.