The sound of disruption: Blockchain in the music industry 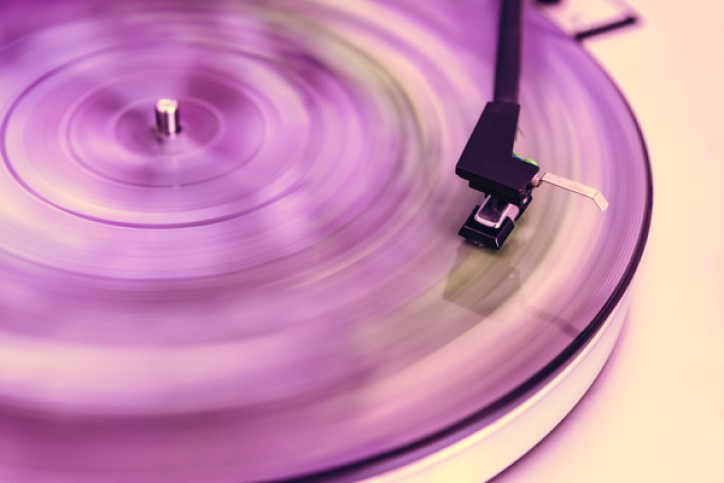 I’ve always believed that you can predict technology disruption by looking at the music industry. With headphones perpetually affixed to my ears, I’ve gone from flipping sides on tapes, to dealing with skipping CD players, the revelation of my first iPod, and up to today where a subscription streaming music service allows me to tote around just about every song ever made. Now, as part of Accenture Labs—where technology innovation is always top of mind—I realize that the music industry is once again showing other businesses the disruption that awaits them on the horizon.

Let’s look back a moment, because this trend isn’t new: Digital technology has always been a double-edged sword for the music industry. The digital era made music easier to record and edit, made it accessible to almost everyone and allowed thousands of songs to be stored on a single device. On the other hand, music became easier to copy; the line between sharing and piracy blurred, and each industry solution to protect licensing was quickly followed by a way to get around it. This contentious relationship has come to a head many times, but never more clearly than the infamous legal battle between Metallica and Napster. But more than the challenges, what fascinates me is how the music industry adapted to disruption.

The era of digital music led to surprising experiments, like bands Radiohead and Nine Inch Nails experimenting with letting fans pay whatever they wanted for their albums. Granted, the artists themselves admitted in retrospect that idea had its failings—but it was a new idea at a time when reinvention was critical to survival. Sound familiar?

A full decade ago, musicians and record labels were already asking a question that businesses in other industries are still trying to answer today: How do we stop fighting to preserve the status quo and instead reinvent, and reinvigorate, ourselves in today’s reality? And while the music industry found its response to this question in the emergence of streaming platforms like Pandora, Spotify, Tidal, and Apple Music (though, even these platforms have met the ire of some artists as well), now we are in the early stages of yet another evolution in the music industry: blockchain. But this time we can catch the evolution as it unfolds and learn from it in the process.

How do we stop fighting to preserve the status quo and instead reinvent, and reinvigorate, ourselves in today’s reality? #TechVision2018

In the 2018 Technology Vision, we talk about blockchain in Trend 4, “Frictionless Business,” where we explore the distributed ledger technology’s potential to fundamentally change the way ecosystems interact. Blockchain can act a surrogate for trust, and imbue disparate ecosystems with security, immutability, and reliability. So, it shouldn’t come as a surprise that blockchain is starting to disrupt the music industry—already a vast ecosystem consisting of artists, managers, producers, record labels, distributors, promoters, and more all cooperating (and yes, at times, competing) to generate revenue.

When most people were still struggling to differentiate bitcoin from blockchain, popular recording artist Imogen Heap was launching a blockchain project called Mycelia. Still in its infancy today, the project’s goal is to use the distributed ledger technology as a platform for hosting immutable metadata about songs, the artists who recorded them, and who is listening to them—ultimately enabling peer to peer payments and restoring more equity in songs to the artists, engineers, and producers who made them. Early efforts were not by any means major financial successes, but they were a proof of concept. Since then, other artists have answered the call: Icelandic songwriter Bjork released an album in conjunction with Audiocoin, and gave customers a share of the emerging cryptocurrency in an attempt to kickstart interest in blockchain-based media; Grammy-winning DJ RAC launched his new album using the blockchain platform Ujo, built on Ethereum.

So, on a surface level, for any company that manages a vast supply chain or value chain where they want to facilitate trusted transactions between actors, blockchain holds the key—and indeed, that is where many industry pilots are kicking off today. But there is another message that is important to address. Read between the lines and you’ll see something major stand out: These new paradigms in the music industry make no mention of the platforms, studios, and record-labels that have carved out their space as middlemen in the industry. That should scare any company who sees value in their business today from being a gatekeeper.

Of course, few companies are strictly gatekeepers, so this doesn’t mean instant demise for every company that finds itself in this position. But with blockchain on the horizon, every company of every industry must re-evaluate their role in the value chain—where once again, the music industry is leading the pack.

Find out more about the Internet of Thinking trend and read the full 2018 Technology Vision at http://www.accenture.com/technologyvision.

Ari leads the Technology Vision team at Accenture focused on exploring the future of emerging technology, business, and society.