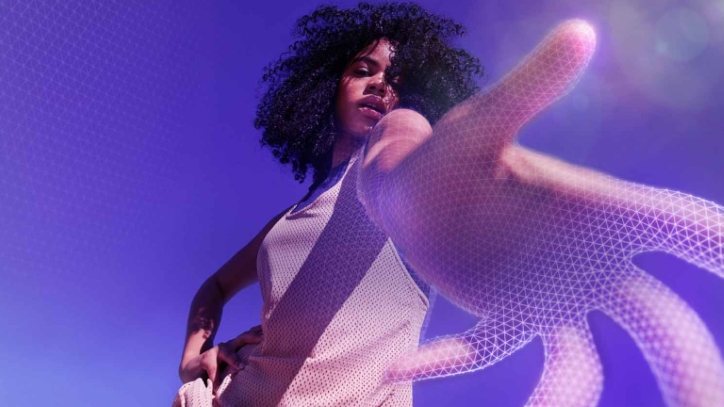 Welcome to the future.

A world on the brink of expansion into new realities and boundaryless opportunities promised by the metaverse—a new layer of internet technology that relies on cloud computing and operates with digital currency like Bitcoin, outfitted with visually and audibly sumptuous immersive experiences dreamed up in collaboration with forward-thinking NFT artists, musicians, designers and other content creatives, through an inclusive lens to be enjoyed by all.

As the next evolution of the internet, the metaverse will transform how businesses operate and interact with customers, how work is done, what products and services companies offer and how they make and distribute them.

What will these new realities mean for the jobs of today and tomorrow?

From cloud, robotics and quantum computing to artificial intelligence (AI), blockchain and cybersecurity, our experts break down our 2022 Technology Vision report to illuminate how four trends shaping the future of work are coming to life in the work we do today.

How is the internet being reimagined?

It’s all about Web3—a distributed data layer in the internet built on technologies like blockchain and tokenization that will be found in extended realities like the metaverse. It’s an evolution of the internet that enables a user to move beyond browsing to inhabiting and/or participating in a persistent shared experience that spans the spectrum of our real world to the fully virtual and in between.

What’s Now: Payment transactions powered by blockchain technology are here (think Bitcoin), but imagine a smart fridge ordering and paying for eggs, or your car automatically paying for gas.

As the liaison between Accenture Ventures and leading cloud vendors like Amazon, Microsoft and Oracle, blockchain ecosystem expert Britney Crooks is helping to identify advanced cryptocurrency opportunities—including unexpected ones, like blockchain payments from space.

As we continue to bridge the gap between the virtual and real worlds, doors are opening, enabling accessibility in powerful new ways. One example is our pro bono initiative with Goodwill®, where Accenture Strategy and Consulting Manager Tony Worlds and team developed a VR application that helps people recently released from prison practice interviewing skills as they transition to the workforce.

Another example comes from Extended Reality Lead Developer Jonathan Bray, who helped create an ocular solution for the National Theatre in London, developing smart-caption glasses to enhance the experience of audience members who are hard of hearing.

What’s Next: Get ready to see more talk about the new face of Web3, as the rise of the metaverse, extended realities, NFTs and the ties to blockchain are a common thread to building a more distributed data layer to the internet.

How will the digital world infuse into the physical world sustainably and responsibly?

According to the Technology Vision 2022 report, people will have more control, customization and automation to meet their own individual needs. They’ll be able to decide what they see, interact with and experience with greater ease and fidelity than ever before—fundamentally changing the way we live and work.

What’s Now: Meet Product Management Consultant Aaron Sherwood. He’s dreaming up the endless possibilities of IoT, including IoT-enabled devices that are not only wearable but also ingestible and implantable, as well as other technologies like neurotechnology, drones, cloud systems, digital therapeutics and analytics.

Our environments are increasingly filled with machines that are passably human. “Unreal” qualities are becoming intrinsic to the AI, and even the data, that enterprises are using. But bad actors are using it, too—from deepfakes to bots and more.

What’s Now: At our Accenture Labs, R&D Lead Medb Corcoran oversees a team of researchers who prototype and pilot new technologies to find creative applications for AI in the real world. One fun (and tasty) example is an AI-powered app to suggest new flavor combinations and ingredients.

Testing what’s possible is also why digital twins are becoming more and more important. They can be used to monitor or analyze a real thing, to “kick the tires,” so to speak, but without interfering with the thing itself. Or they can be used for testing during the validation phase of a design.

And security continues to be paramount.

As new technologies develop and companies move their IT processes to the cloud, it’s people like Security Consultant Ebunoluwa Ogundipe who help clients address growing security concerns by emphasizing the importance of developing a risk framework for the governance of cloud operations.

What’s Next: Like it or not, enterprises have been thrust into the forefront of a world questioning what’s real and what isn’t and whether the line between those two really matters. With the rise of AI and synthetic realities, companies need to prepare for cybersecurity concerns like deepfakes and hacks.

The outer limit of what is computationally possible is being disrupted as a new class of machines emerges. Quantum, biologically inspired and high-performance computers are each allowing companies to tackle the biggest challenges in their industries.

What’s Now: From neuromorphic computing (where devices can emulate human cognition) to embedding intelligence in textiles to quantum computing, advanced cyber defenses and enterprise robotics, Technology Innovation North America Lead Mary Hamilton leverages some of the world’s most cutting-edge technologies to dream up the development of next-level products like smart clothes, 3D teleportation and holographic surgeries.

"Prepare for quantum, or prepare to be overtaken."
-Carl Dukatz, Quantum Computing Lead in Technology Incubation

Quantum computing will occupy every area of business industry, says Quantum Computing Lead in Technology Incubation Carl Dukatz, from machine learning and financial portfolio optimization to molecular analysis, promising to be one of the most valuable disruption technologies of all time.

What’s Next: Eco-scale computing terms like quantum computing, cloud, neuromorphic computing, robotics, edge computing and artificial intelligence might sound overwhelming, but they are merging through an interconnected digital universe within the innovative work we are pioneering at Accenture.

Want to create real, impactful change with the work you do, every day? Join us.

Let there be change

See how we embrace the power of change to create value and shared success for our clients, people, shareholders, partners and communities. 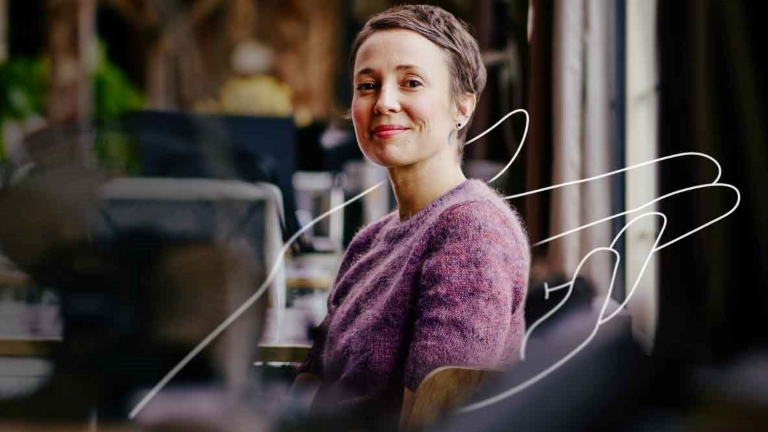 We’re always connected. But are we connecting at work?

We apply learnings from our research about the power of omni-connected people to shape new, flexible ways of working. Read more. 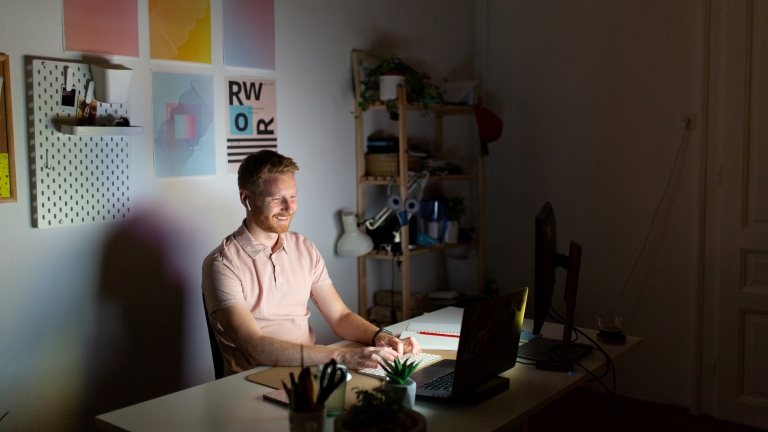 What happens to a resume after you click “submit”?

Our Recruiter Kath Tooley shares what happens behind the scenes when you submit a resume at Accenture and four resume tips for success. Read more. 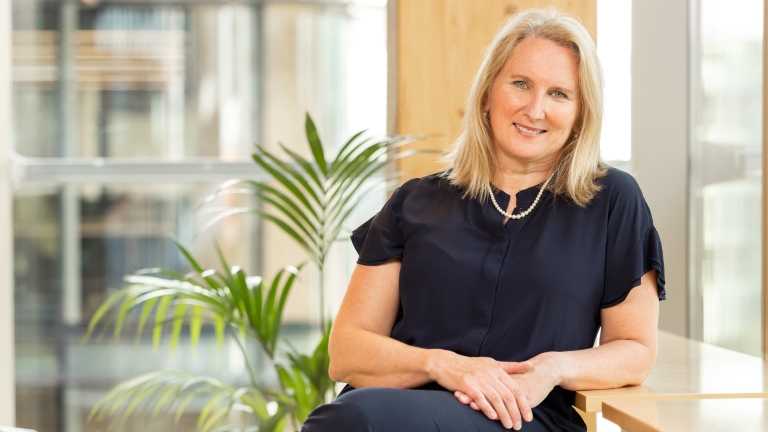 They said I couldn’t. So I did. My career path to digital engineering

Our Fay Cranmer broke new ground every day as a geophysicist. She’s now paving new ways in digital manufacturing and engineering at Accenture. 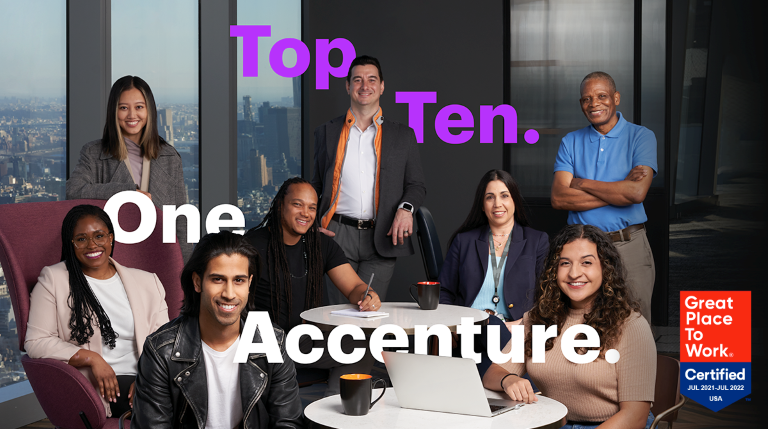 See why we vaulted to No. 6 on the list of ‘Best Companies to Work For’

We ranked No. 6 in the U.S., up from No. 44, marking Accenture's 14th consecutive year on FORTUNE’s list of Best Companies to Work For. Read more. 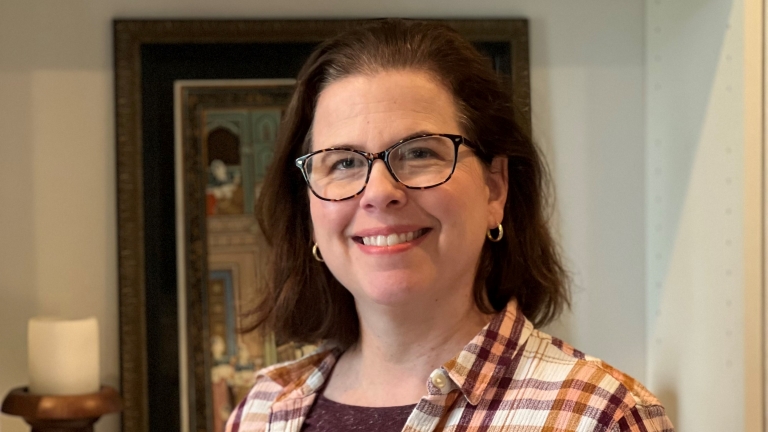 Mental health and company culture: My personal view as a recruiter

Our Recruiter Julia Grewal shares why mental health matters at home and at work and how Accenture supports its people. Read more. 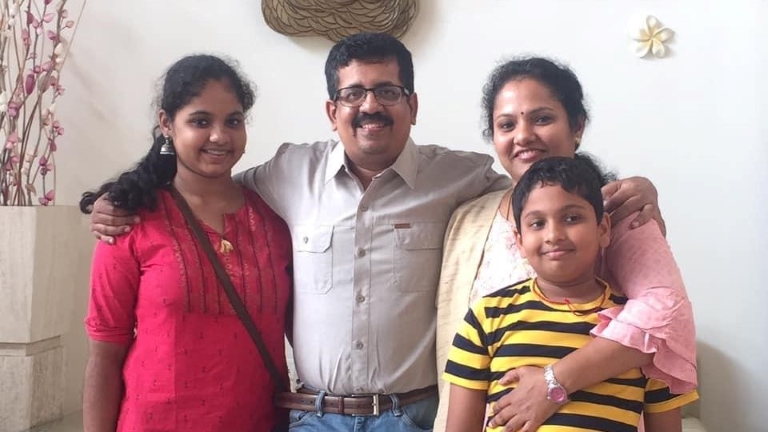 Want to avoid broken rungs on the career ladder? Experiment without fear