Having a job makes all the difference for refugee talents

After having his job applications rejected more than 40 times, Hussam Alhasan started to doubt he’d ever find work in the Netherlands. ‘If over 10 years’ experience at a big telecommunications company in Syria and a master’s degree from Radboud University weren’t going to get me a job, what on earth would?’ 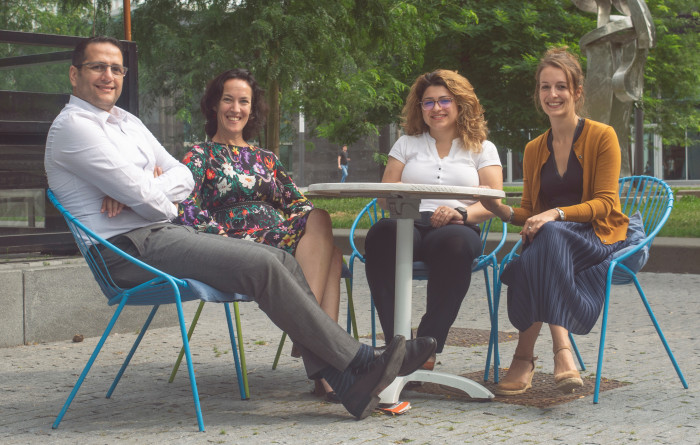 ‘The culture, language, and environment–everything in Holland was new to me. Leaving your comfort zone is never easy,’ says Hussam Alhasan, an active member of the Refugee Talent Hub (RTH). ‘During those first few months after I fled Syria in 2014, I often found myself feeling frustrated and worried about what the future would hold for my family and me. That said, I am aware that my “landing” in the Netherlands was, relatively speaking, a very soft one. I got a permit fairly quickly, and after three months I was assigned a house in Doetinchem. Soon after, I obtained the official permission to bring my wife and two kids over, who were in Turkey at the time, to join me.’

‘I assumed that finding a job here wouldn’t be easy. Even though I had ten years of experience in IT, I figured it would up my chances of securing employment if I added a master’s degree to my resume. Therefore, I enrolled at Radboud University and started taking Dutch language lessons around the same time.'

'Towards the end of my master’s, I started sending out job applications. I was in shock by the number of rejection letters I received. "How was I ever going to get a job if nobody was even willing to invite me for an interview? How was I ever going to meet potential employers?" Friends experienced the same thing: for refugees, it’s a real challenge to connect with prospective employers.’ 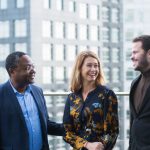 ‘The Continuous Rejection Was Extremely Frustrating'

Today, many refugees are leaving home and entering Europe, selecting the Netherlands as the country to settle in. The number one priority for a smooth and successful integration is ensuring they find suitable and sustainable employment.

‘That’s exactly the gap that the Refugee Talent Hub (RTH) aims to close,’ explains Jenny Hoevenagel, Accenture’s project lead for the RTH. ‘As much as I wish it were different, many Dutch organizations still take a fairly conservative approach to CV evaluations. They see the name of a university in Damascus that they don’t know, and automatically put that application on the “no-match” pile.'

'Since its launch in 2016, RTH has committed itself to encourage companies to look beyond an applicant’s resume only, and to acknowledge that there are many soft skills or life experiences that are highly valuable but hard to capture on a piece of paper–persistence, diligence, and resilience are just three examples. Most job-seeking refugee talents excel in these areas.’

By organizing regular meet-and-greets, networking events, training sessions, and other types of gatherings that give employers and refugee talents the opportunity to connect, the RTH tries to open doors. And it’s not only the refugee talents that benefit from these events; they’re just as advantageous for employers who are fervidly looking for new talent to join their company.

From the employers’ perspective

‘One of the strengths of the RTH organization is the fact that they look at the potential from the employers’ perspective,’ says Savitri Groag, Accenture's Alumni CSR Manager, and one of the founding “mothers” of the Refugee Talent Hub.

‘Instead of simply training refugee talents in new skills that "might be convenient” and that “will hopefully get them a job one day", they look at the specific needs of prospective employers. Is a company active on the hunt for new Java developers? Great, then the RTH can look into their database to see who fits the criteria of developer experience—or who has a willingness to learn—and train 20 refugee talents to become new Java developers. It helps that employers pay RTH to be a partner—it means the partnership builds upon commitment.’

Savitri adds with a smile: ‘Essentially, what started as a CSR initiative to make a social impact, has evolved into an HR solution—not only does the RTH enable a company to do good for society and increase company pride, but it simultaneously provides a perfect talent-finding solution for us as an employer, as well as for some of our clients.’

Currently, the Refugee Talent Hub database includes over 1,700 refugee talents. In the last year alone, the initiative achieved an impressive 140 direct matches, and that’s not even counting all the matches that happened “indirectly.” Thanks to nearly 50 meet-and-greet events that take place at various companies and attended by dozens of recruiters and 900 refugee talents, all job-seekers enjoyed the opportunity to build a network and get one, two, or even three steps closer to finding paid work in the Netherlands. 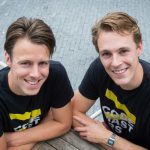 CodeMasters 4 Refugee Talent: Opening Doors for Those Who Need It Most

‘In this day and age, it’s nonsensical that children aren’t taught coding in elementary school. Let’s face it: it is the language of the future.’ It’s this shared vision and conviction that led to Dick van Egmond and Jasper Kuller forming a strong bond when they launched CodeMasters in 2015.

Another practice that adds to the success of the Refugee Talent Hub’s endeavors is the assignment of newcomers in the company to a buddy who’s often a refugee talent, too. Tigranne Hakobjan, who left Armenia in 2002, knows all about this. This month marks her fourth anniversary at Accenture, where she works as an Innovation Analyst. Just like Savitri, she has been involving with the RTH since its inception. Today, she is an official ambassador for the organization.

‘That doesn’t just mean I talk about the RTH a lot; I also constantly keep an eye out for new talent and try to connect them with potential employers. Having been in the same situation myself, I understand what it’s like for other refugee talents. I’m especially aware of how extremely valuable it can be to have someone else guide you and open doors for you. Showing refugee talents that there are plenty of possibilities out there, particularly when they don’t see a way forward themselves, is immensely important.’

Hussam knows from personal experience how valuable it can be to have connections who are willing to help you. It was a friend that he knew from Syria–and who was now working at Accenture–who suggested that he should consider joining the Refugee Talent Hub. ‘I instantly felt intrigued; of course I was going to register. Shortly after that, Accenture assigned me a mentor–Atul, a fantastic Indian guy–who coached and guided me through the process.'

'Three months later, Accenture offered me a job as a Cloud Transformation and Migration Consultant. I was over the moon! And here I am today, proud to be working at Accenture, and now a buddy to new talents myself. We need to help one another and support many more refugee talents.’

Showing refugee talents that there are plenty of possibilities out there, particularly when they don’t see a way forward themselves, is immensely important.

The evolution of the Refugee Talent Hub

Over the past few years, the RTH has undergone some changes. The foundation has become an independent organization (after we initiated it) and has adjusted its approach quite significantly.

As Jenny explains, ‘The original idea was to create a high-tech platform that, through an advanced algorithm, could facilitate large-scale automated matches between employers and refugee talents. While the idea looked fantastic on paper, it wasn’t all that successful in practice. After several attempts to make it work, we made a drastic change: we decided to go back to a simple website featuring short descriptions of each refugee talent, and then let the real matching happen via face-to-face encounters.’

‘Perhaps even more importantly, though, our strategic playing field has changed too. While we used to act as a recruitment agency or employment platform, we now prefer to promote ourselves as a true hub that specializes in connecting people—one that expands its footprint by participating in other types of initiatives to raise awareness around refugee talents and their potential.'

'Recently, for instance, we had BNNVARA follow three of our refugee talents and document their search for a job in a series of episodes (‘Grenzeloos Talent’). We’ll do whatever it takes to change the way many employers view refugees—to show them that all the people who have fled to the Netherlands over the past few years haven’t been an “influx of refugees”, but an “influx of talent”.’

Why having a job makes all the difference

Having a job makes all the difference for refugees, or “newcomers", as Hussam prefers to call himself and others in the same situation. ‘Not only does a paid job provide economic stability, but it also helps you to settle in. It provides a sense of routine, making it feel like your new life has really started.’

That said, it certainly wasn’t just smooth sailing from day one for Hussam and his family. ‘During the first couple of months in my new job, I struggled to establish the right balance between work and family life. My kids had to adapt the new situation, too: in the beginning, I was home with them pretty much every day; then, all of a sudden, I was the dad who was leaving for work when they were still sleeping and only coming home at 19.30 in the evening. Morning traffic jams were a struggle. When I spoke to my manager about it, he immediately suggested that I leave home later to avoid traffic, and work from home on Fridays, to have extra time with my kids. That helped significantly. Today, I have found balance again, and I am truly happy with my job and my life here.’

Today, I have found balance again, and I am truly happy with my job and my life here.

Read our previous story about the Refugee Talent Hub and how it changed the life of Abdallah Ashour.