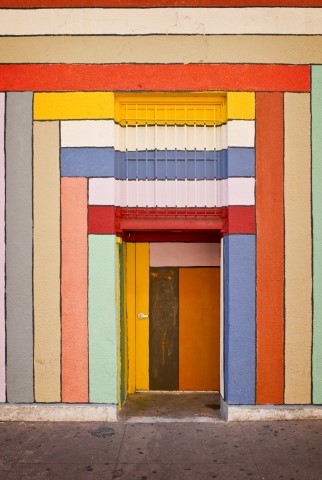 To this day, I still love building LEGO sets. I may not be as obsessed as many other AFOL (Adult Fans of LEGO), but I genuinely enjoy opening up tiny bags of tiny plastic parts, paging through the visual instructions, and spending a few hours snapping bricks together. Some readers might not be aware that the LEGO ecosystem extends well beyond the current line-up of Star Wars and Marvel super hero sets; since 1998, LEGO has supported the LEGO Mindstorms platform, which gives builders access to programable motors and sensors for their creations.

Blending constructible models with digital experiences is one instantiation of the “Internet of Thinking” trend from the 2018 Accenture Technology Vision. This trend discusses a number of changes coming to businesses who are making investments in edge computing. And in this area, hardware products designed for children are among those pushing boundaries.

“The Internet of Thinking” is everywhere—Video games, children’s toys, and even tangible programming languages #techvision2018

Venerable Japanese game maker Nintendo released its latest console, the Switch, in late 2016. This self-contained gaming system has a screen that allows someone to play games at their home, or on the go. With detachable “Joy-Con” controllers, the Switch also allows for easy multi-player and collaborative gaming experiences. It’s been a stunning success for Nintendo all on its own. But in late 2017, when the Switch itself was still relatively new on the scene, the company also introduced Nintendo Labo.

Labo is a line of cardboard models and costumes shaped to look like objects that people can interact with, just as they would a real-world version of the same model. Fishing poles, steering wheels and pianos all fit around a Joy-Con controller from the Switch, using a combination of reflective tape on the cardboard and an infrared sensor on the controller to detect players’ actions. The games using these models give players a more tangible fishing, racing, or music-playing experience. Gamers can even fold together a cardboard exoskeleton to wear, which will control a virtual robot that mimics their real-world motions.

Nintendo isn’t alone in using a low-tech approach to deliver a high-tech experience. Google has open-sourced a project called “Paper Signals” that operates in a similar vein. People print out paper templates of foldable objects in the shape of arrows, umbrellas, or dials; when they’re coupled with a microcontroller, a servo-motor and Google Assistant, these home-built objects can generate physical alerts for things like whether or not you should pack an umbrella based on the day’s forecast. By augmenting existing hardware with new sensors and other devices, companies can offer sophisticated interactions with simple—and in this case, fun—assembly.

Other forays into the physical space have taken a ground-up approach. As part of their push to use inclusive design processes, a team of Microsoft researchers in the UK developed a physical programming language for visually impaired children. "Project Torino" consists of a number of physical “pods” that children can link together to create basic programs. It looks toward a future where any child can learn about computing concepts in a way that best suits their learning style. At a higher level, taking on research projects similar to Project Torino is one way that businesses can help close inclusion and diversity gaps with technology.

Embedding intelligence into physical systems is a trend that will continue to impact a myriad of industries. Even in an area like children’s toys, the 2018 Accenture Technology Vision trends appear. That’s part of the reason why I enjoy working on the Vision each year. I encourage you to take a fresh look at this year’s report and think creatively about how these trends apply to your organization.

To read more about the technology trends impacting businesses, check out the 2018 Technology Vision.

Harrison Lynch is a member of the Accenture Technology Vision team within Accenture Labs.