Mapmakers of the 16th century had a colorful way of marking uncharted territories: They often draw sea monsters as placeholders for the unknown. The famous Hunt-Lenox Globe even includes the warning "Hic Sunt Dracones," Latin for "Here Be Dragons."

It's how we, at Accenture Interactive, felt about the near future when we started mulling the 2021 Fjord Trends report last summer.

Like them, we were tasked with navigating uncertainty—including the pandemic and electoral politics—to reach unexplored destinations. What would a world after COVID-19 and with new leaders look like? How would we depict the dragons of the 21st century on our own map?

But before we could tackle global unknowns, we had to tackle the unknowns within our own design process. How would our people, so accustomed to working shoulder-to-shoulder in design studios and now spread across the world, create and refine their work remotely? And would our ideas be different because of the unusual circumstances we were in?

Like many organizations, the Fjord team relied heavily on communications tools, from old-fashioned phone calls to video meetings. Teams from Singapore to South Africa worked in small virtual groups with their local colleagues at first.

Later, we coalesced as a global team—burning the midnight oil or rising with the sun as necessary—to talk through ideas.

And in that moment, something exciting happened.

The challenges of remote work notwithstanding, we found ourselves engaged with one another, across geographies and cultures, like never before. In the past, local teams would dial in to meetings with Accenture Interactive's global leadership to explore design options. They would present their ideas at their appointed time and then log out. This year, it wasn't unusual for teams to sit in on each other's virtual presentations and give their own feedback.

From these extensive discussions, we came up with the shortlist that then became our trends.

Ultimately, the visual theme we chose, "Reimagining Rituals," is strongly tied to one of our major trends. It’s emblematic of the larger process of how we reached our shortlist: through open conversation, vulnerability and a newfound sense of community.

Looking back at the other themes now, we see how they reflect our collective feelings about the near future. It's a future where "normal" needs to be redefined as we reinvent and rebuild so much of what matters in our lives.

And it's a future that we'll need to work together to achieve. Here are a few of the concepts that we considered.

"The Edge of Now"

The idea of a new frontier and the journey to get there figures heavily into "The Edge of Now" theme. It's all about transitions, inflection points, and the tension between one's origin and destination.

As we considered this theme, we mulled the journey that humanity as a whole was on—we were in the thick of a pandemic and, at the time, we didn't know how long we'd have to wait for a vaccine. Some of us were also in the thick of election cycles, and we didn't know who our leaders would be at the end of them.

We could only move forward, managing the best we could with the little information we had.

Imagery such as the Earth at the entrance to a wormhole communicates such tension, while neon concentric circles suggest the viewer is moving forward, as if into a tunnel. Yet, the center of the circles is black. The viewer can only guess where this tunnel leads. The uncertainty is the point. 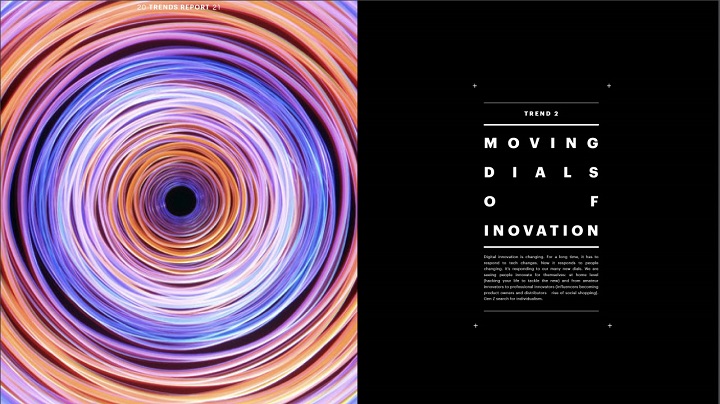 "The Edge on Now" concept

Like other newly remote workers around the world, we struggled with the absence of natural breaks—the commute between the home and office, for instance, or the random chit-chat at the water cooler.

Just as a computer that goes too long without being restarted can break down, we realized that we, too, would be susceptible to problems if we didn't take time to refresh ourselves.

So we began encouraging the design teams and employees across the company to actually build breaks into their calendars and force themselves away from their screens.

As we recognized the value of "restarting" ourselves, we also noticed that our computers' rebooting processes could serve as inspiration. In the split second between when a computer freezes and when it shuts down, surprising colors, shapes and typefaces appear on the screen.

"Crash & Reboot" evokes this machine-driven aesthetic. But it also serves as a metaphor, both for individuals and society at large: We're not broken, just in need of a reboot. 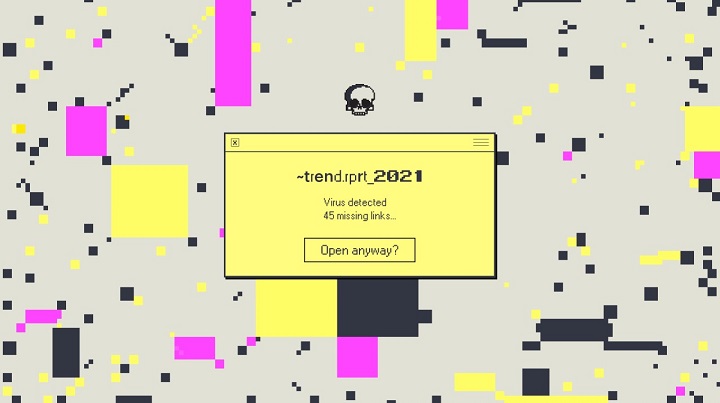 This theme is linked most closely to our "Here Be Dragons" inspiration. We conjured fantastical beasts such as elephants bearing octopus tentacles and regal griffins ready to take flight. We considered London's legendary Crystal Palace museum, home to wildly inaccurate dinosaur statues modeled on the errant assumptions of early archaeologists.

"Uncharted Waters" speaks to the power of the imagination in conceiving the unknown...and sometimes getting it wrong.

The theme is optimistic, a quality most welcome during a time of crisis and unrest. Though so many had suffered, we wondered whether society now has the chance to create unprecedented paths forward that will extend beyond our wildest dreams to serve the greater good.

Will the world seize these opportunities? Only time would tell. 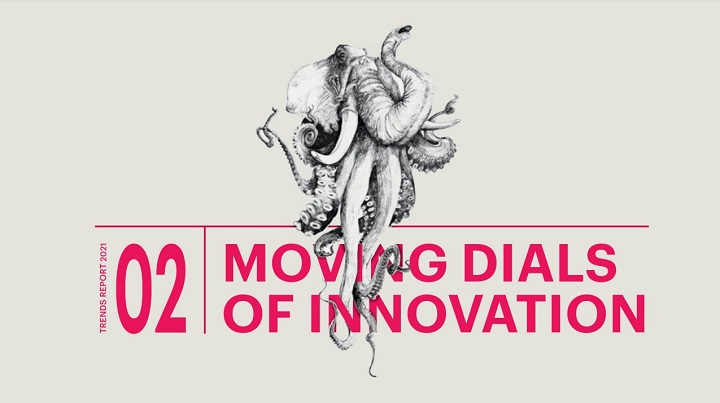 How we feel today, of course, is different from where we were months ago. Developments such as the beginning of mass vaccination and some resolutions on the political front have affected our perspectives.

Yet this period of extreme uncertainty is far from over and our themes still resonate. We remain in transition, traveling a journey with an unknown conclusion. We are still grappling with the aftermath of a crash and yet are intent on rebooting our lives. And we turn to our imaginations as we continue to rebuild what we have lost.

With both anxiety and optimism, we are designing the present and the future—with dragons always swimming in the periphery of our minds. 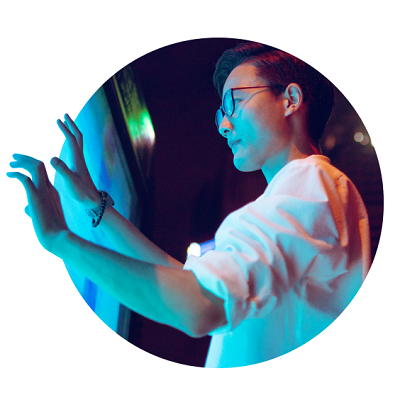 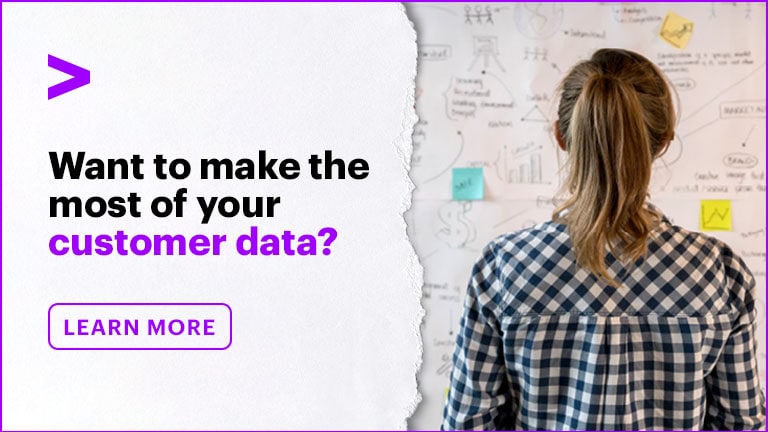 How Data Is Helping Marketers Declutter

Customer data and insights are what fuels marketing in today's digital age. Accenture discusses how. 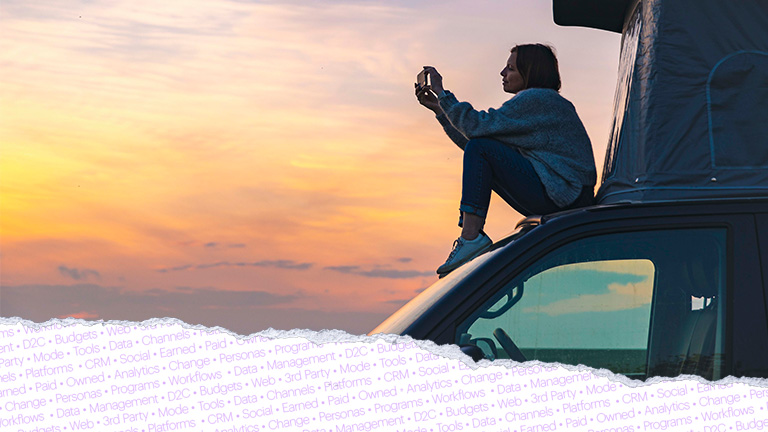 Nearly 70% of marketing executives say that the past year has had their employees feeling completely spent. Accenture discusses how to address this. 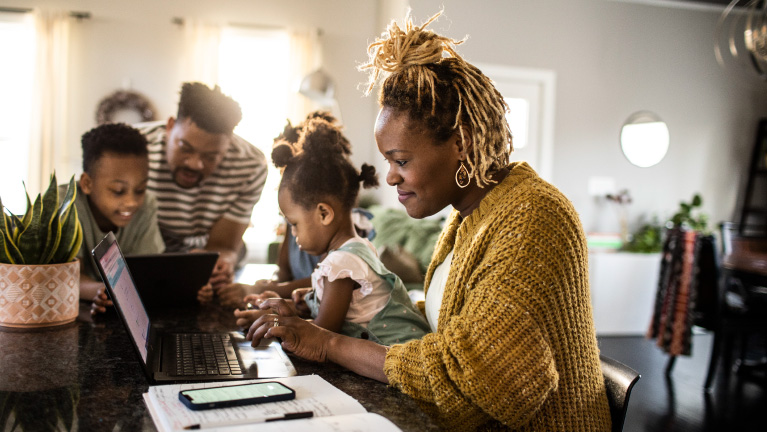 Fjord Trends 2022: Me, myself, my stuff and the metaverse

Accenture discusses how our relationships with ourselves, the people around us, our employers and the brands we like have changed over the past couple of years.