Drones offer a rapid, cost-effective, safe and unobtrusive method for gathering and interpreting visual data. Suitable for use in a wide range of industries, remote control and autonomous drones leverage advances in electronics and software, and the power of the cloud, to great success. So why are some industries shying away from this technology, and what can adopters expect?

Drones may seem like a relatively new form of technology, but in truth Unmanned Aerial Systems (UAS) have existed for more than 150 years. The semantics have changed over time with various acronyms—while UAS is typically used to describe the vehicle and associated systems, “drone” is the most commonly used term today. The first usage of drones was reported in 1849 when Austria blockaded the Republic of Venice with several hundred unmanned balloons carrying explosives.

During World War I, the militaries of several nations developed “aerial torpedo” drones, and tens of thousands of drones were produced at the height of World War II for gunnery target practice—a young Norma Jeane Mortenson was famously discovered while working on a drone assembly line at the Radioplane Munitions Factory in Van Nuys, California, in 1945. She would later change her name to Marylin Monroe.

The technology at the time was still in its infancy, hence why few outside the aerospace and defense industry considered exploring its potential.

Fast forward 75 years and advances in technology (Central Processing Unit, memory, battery density, Global Positioning System, System on Chip, digital telecommunication, step motors, miniaturized actuators, etc.) coupled with low manufacturing costs have resulted in the commoditization of drones. From cheap toy drones for children to expensive camera drones for cinematographers, there is a wide selection of styles and features to choose from today. Chinese company DJI is clearly leading the way in the drone market and owns over 70 percent of the market in number of units. DJI is renowned for its sophisticated line of small drones (prices start at around $100 and can reach $12,000 and higher). While military spending for drones remains greater than commercial, there has been a considerable uptick in industrial drone investments. And for good reason too.

Modern drones offer a quick, safe, accurate and low-cost method for obtaining high-quality images from above. Due to the disruptive nature of data captured by drones, most sectors now rightfully view drones as innovation enablers. A report from the U.S. Federal Aviation Administration (FAA) reveals 277,000 commercial drone users registered with the FAA by the end of 2018, and this number is forecast to grow to 835,000 by 2023. In the consumer/toy market, drone sales rocketed in 2015-2016 with sales in the U.S. jumping 445 percent in the 2015 holiday season. In 2017, drone sales continued to increase by 33 percent. Large companies are currently transitioning drones from technology innovation offices into business units, enabling businesses to leverage the value of this technology to great effect. For instance, early adopters in utility distribution highlighted the ability to inspect 141 poles in a single session using a drone—previously, they could inspect just 12 poles in a session using a bucket truck.

From the outside, the drone industry appears to be quite robust and primed for further growth. But there are obstacles and challenges to overcome, most notably within the industrial drone market. Indeed, we are experiencing a lull in recent growth due to the saturation of the consumer market and the fact that large companies are slow to adopt innovation. From regulatory constraints and a lack of standards, to questions about data security and rogue drones, it’s vital business units take these challenges seriously and develop the right responses.

Technology Adoption Lifecycle: The star represents the maturity of the drone market. The chasm refers to the difficult step of making the transition between early adopters and majority. Source: Skyward, State of Drones in Big Business

Commercial drone operators face complex, constraining, and changing regulations. These vary from country to country, but typically relate to where and how drones can be flown. For instance, most countries impose a ~400ft height limit between the drone and the take-off area, and the operator must always keep the drone in line of sight. Similarly, many regions around the world have banned drones from flying over urban areas and assemblies of people, critical facilities or near airports—one of the biggest concerns about drones is the risk they pose to manned aviation, as tests show a collision with an airplane wing would cause serious damage. This concern has been exacerbated by an inability among governments to quickly and effectively mitigate a single rogue drone, and several airports have shut down over the past two years due to sightings of rogue drones, causing great economic losses each time.

Failure to comply with drone regulation can result in prosecution but bringing local law enforcement up to speed on how to handle drones is a long and costly process. Additionally, pilots are often unaware they are breaking the law in such cases. Regardless, a drone accident could have a serious impact on a brand’s reputation and quickly result in a PR disaster. As the current U.S. pilot license for commercial drone operators does not feature a piloting test, it’s imperative for commercial entities to both ensure their operators fully comply with all regulations and develop their own minimum “drone requirements.” 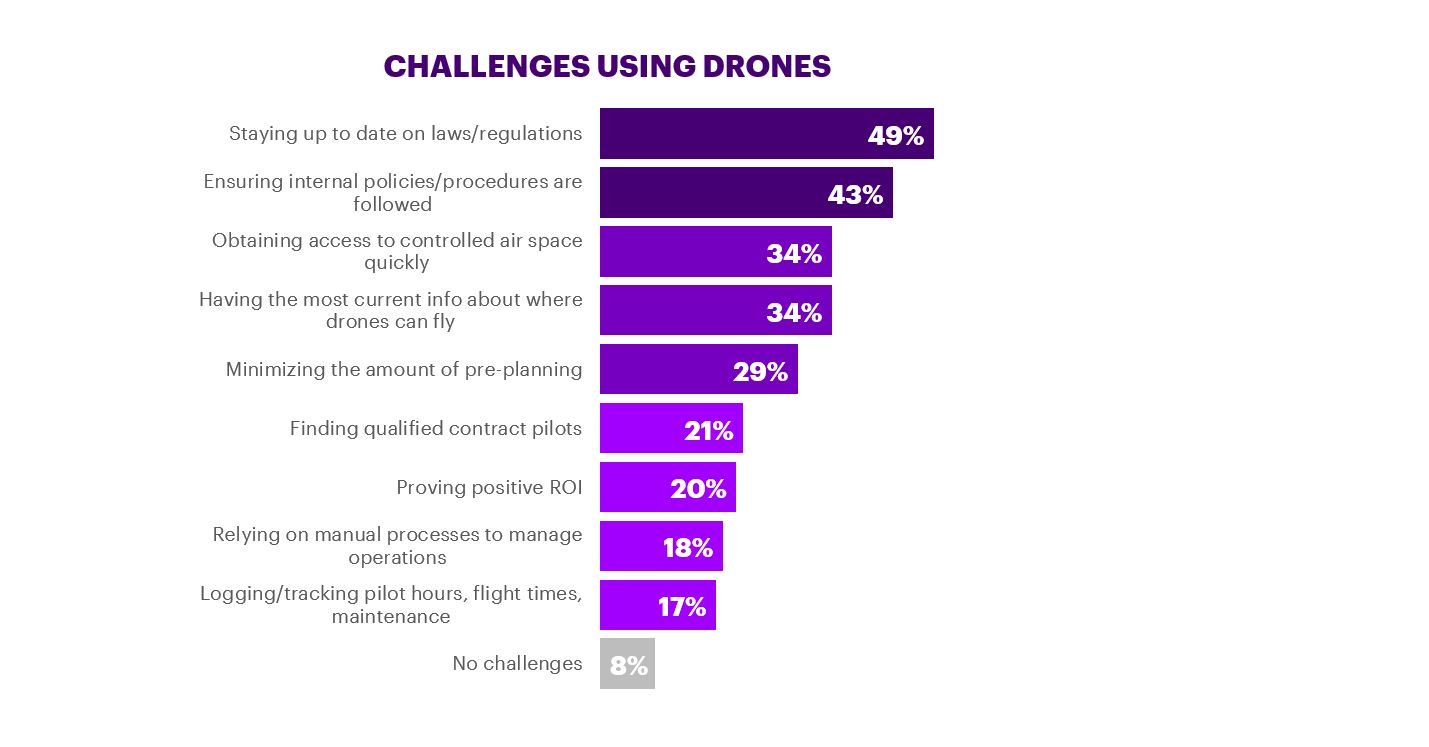 Some of the reasons for the slow adoption of commercial drones. Source: Skyward, State of Drones in Big Business

Once an organization has a drone program and aerial image acquisition process under control, it must deal with the data lake. This is something CIO organizations are typically unprepared for. Data transfers can generate terabytes of information on a weekly basis. Issues relating to inspection tools, integration with existing systems, data privacy, automated image analysis, non-traditional sensors and metadata, drone data derivatives, the reliability of existing machine learning, and the security of handling data (often drone by contractors) are further complicating the exploitation of commercial drones flown to acquire data.

Decision makers within business units must consider a wealth of topics when determining which operations are suitable for drone implementation. These include governance, true ROI, union involvement, public perception, legal implications, data management and workforce training. Understandably, the list of potential topics to cover can cause apprehension in some decision makers. For a few, the easiest way to deal with the list is to do nothing. For most, this list will result in new meetings, budgets and reports, and additional career risks. 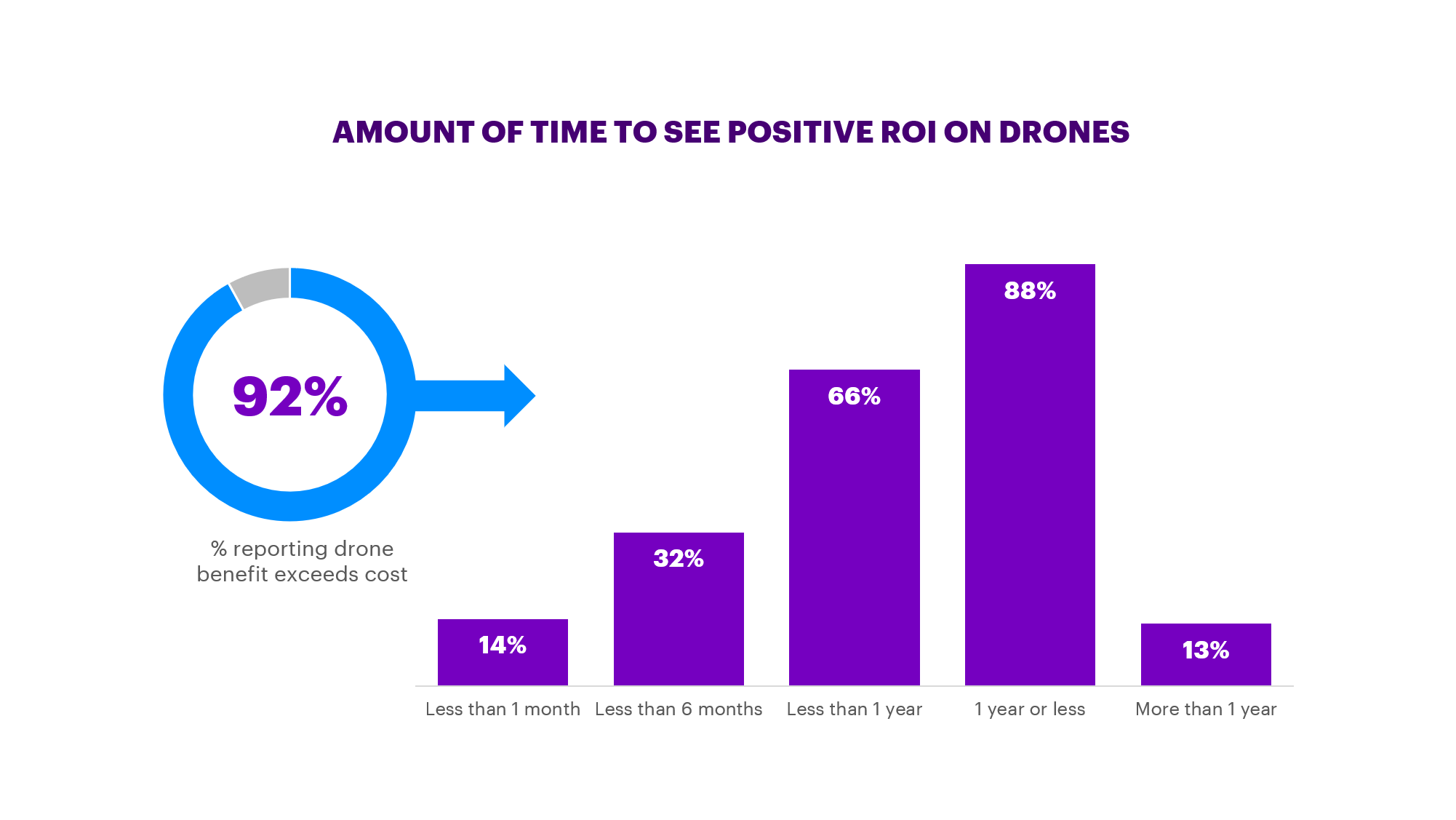 As the permeation of commercial drones matures, the competitive advantage of using drones in operations is attenuating. While it was rare to find surveyors using drones just five years ago, surveyors who do not presently leverage this technology will slowly find themselves becoming non-competitive. Drone services will be expected by constituents (both customers and regulators), similarly to how customers expect their bank to offer mobile services. What was once cutting-edge will quickly become the norm. Those who were once visionaries will fade into obscurity as they pass the torch to the executors.

The biggest benefit on offer here of course is the new layer of data generated by drones. This data is accurate, quick to capture and geolocated. Artificial intelligence is the only technology currently economically suited for analyzing big data captured by drones. The drone + AI combination is a perfect grouping of new technologies capable of turning data into information. Accenture has worked on several drone + AI projects, including a successful initiative to improve power plant inspection by processing drone imagery via machine learning.

But to maximize the adoption of commercial drones and AI, business units must integrate these technologies into their systems: financial, field operations, planning, management, inspection, risk analytics, worker safety, asset records, work orders and so on. Only then will businesses reap the true value of commercial drones.

This is where drones become enormous value creators—when the technology is so embedded in our available information, our decisions and actions, that we don’t even realize a drone was involved in generating the outcome. Did you notice which scenes in Jurassic World were shot using a drone-mounted camera? Probably not, you were too busy enjoying the film. Similarly, your quarter-end balance sheet will be more accurate because a drone was used to perform autonomous surveys.

This is how drones will enable innovation in the future—not by being front and center, but by staying out of sight and expectedly, repeatedly, consistently, reliably and safely contributing to digital operations. We call this evolution the Invisible Drone.

Antoine is Managing Director at Accenture and leads the Autonomous Systems practice. This enables companies to make the most of drones and unmanned systems by leveraging the value of this technology along their journey to scale. Antoine has over 10 years of experience with that technology, serving energy, transportation, public safety, natural resources and telecommunications clients digitizing their operations and modernizing their workforce. Reach out to Antoine via LinkedIn. 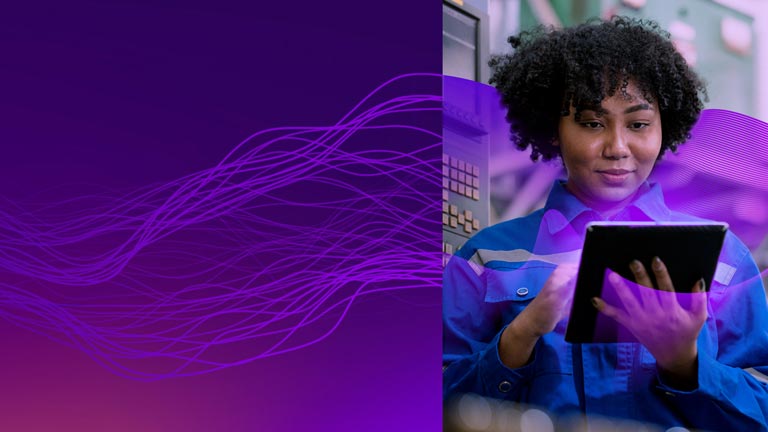 You'll reclaim the IT and Ops gap with intelligent assets

Companies need to reimagine how they connect assets, people, and processes across the enterprise and business networks. Accenture describes how they can do it. 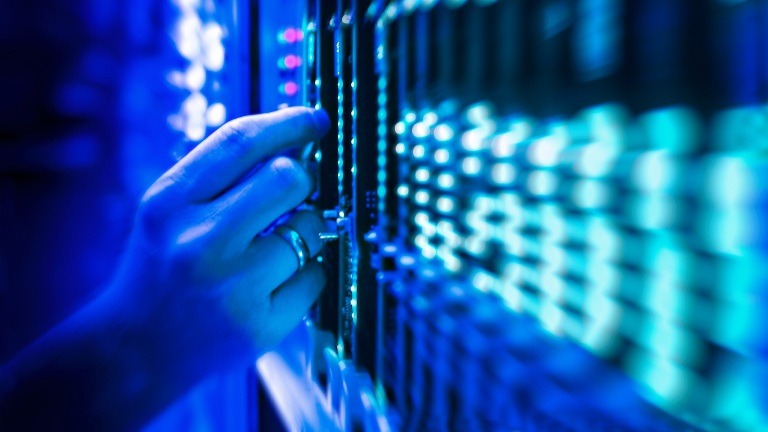 The coming revolution? 5G and the future of making things 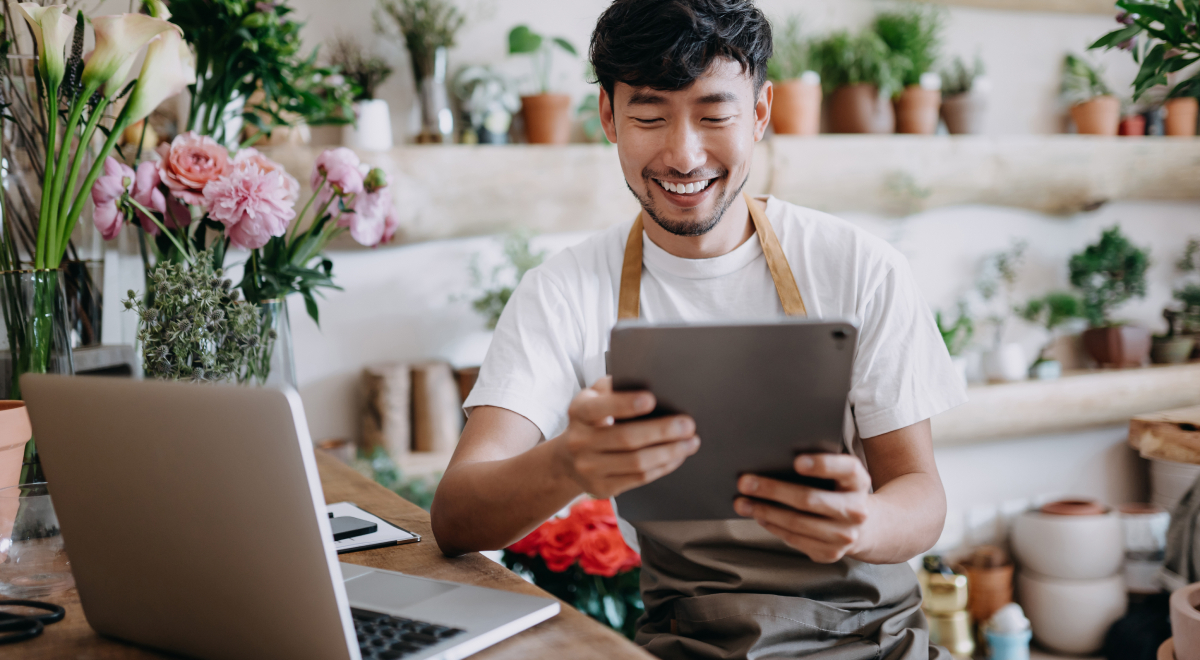 Accenture's myProductPlatform is a one-stop platform solution for companies that want to move into a new cloud architecture to become more versatile. Read more.