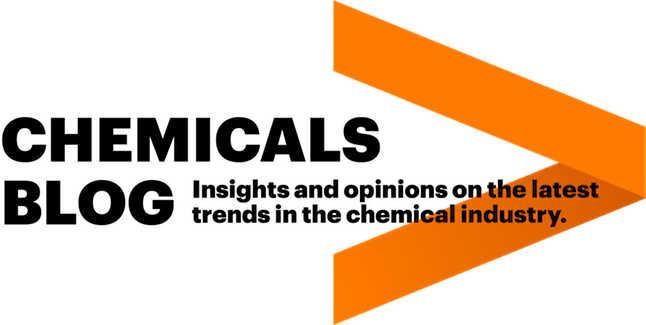 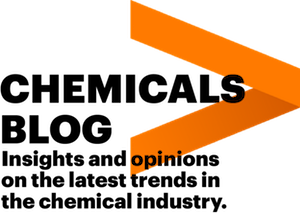 China has been the center of discussion on global economic performance, and for chemicals/natural resources performance in particular. Some economists blame China for lackluster world economic growth and, therefore, chemicals and natural resources demand, negatively impacting commodity prices. China equity markets have also plunged 32 percent since June this year1. Key questions for chemical producers are:

Of course, there are tactical questions as well, such as how the next five-year plan, the “Made in China”2  initiative and China government sustainability intentions will affect chemicals demand, but none of these can overcome the underlying issue of how China performs in the context of the overall world economy. A 30,000-foot view is the best starting point.

Will China no longer be able to import and consume chemicals at past growth levels?

We pointed out in a past blog3 that China’s performance was related to the weak world economy, as well as a shift in China’s competitive basis (to durable versus non-durable markets). The relatively weak performance of China is still mostly based on poor world economic performance, specifically because China is a key input-output machine of consumer goods. When the world consumes less, the engine slows, especially as its competitive differential4 with other regions slows. Figure 1 shows changes in total world merchandise trade versus changes in China’s total trade. China’s decline in trade is clearly related to world trade, as China is only responsible for about 12 percent (1Q 2015) of world trade. The economies of Europe, the U.S. and Japan have much to do with the slowdown, relating to the credit crisis, high government debt/spending and overall continuing uncertainty (including regulatory policy). In fact, the recent devaluation of the Yuan is consistent with needing to get a greater share of overall weaker global merchandise goods market.

Chinese personal consumption, although much hope is placed on it, is still not a growth driver for China. Figure 2 shows changes in components of China’s GDP. Clearly, investment is still a driver. Net trade is also responsible for growth in a significant way. While personal consumption is still small, as a GDP component it has been growing at a slightly elevated pace of about 8.7 percent per year (in real local currency) over the past five years, which is about 0.8 points ahead of investment growth. Therefore, future chemical demand growth will likely be primarily linked to manufactured exports.

How are market requirements changing?

In a past blog on this topic, we observed that durable goods were taking a greater share of manufacturing output. However, that process stalled at a high of 51 percent in the third quarter of 2011 and dropped to 43 percent in the first quarter of 20156. This is in line with a deceleration of world economic growth. In other words, the slowing of the world economy is also affecting China’s progress on creating higher value goods. Comparatively, Mexico and India (Figure 4) are bucking this trend and are showing greater development progress, likely due to greater ties with the U.S. market and an improved investment environment, respectively.

Part of the reason for the disparity is that China continues a focus on back integration, which can also be termed as “raw material security,” distorting the natural progression of a focus on downstream value. This stems from a desire to claim the value in the feedstock chain, sometimes with economic, environmental and safety costs7. China has made gains in its efforts to back integrate, as shown in Figure 6, with imported chemicals’ share of domestic consumption declining from 18 percent in the first quarter of 2006 to 14 percent in the first quarter of 2015.

What actions should chemical companies take?

Based on this analysis, some broad recommendations include: 1 Shanghai Stock Exchange Composite Index, June 12, 2015 to August 21, 2015, Bloomberg, http://www.bloomberg.com/quote/SHCOMP:IND
2 "Made in China 2025" initiative:  This initiative is set to promote breakthroughs in 10 key industries where China wants to be a leader in the future, including information technology, robotics, aerospace, railways, and electric vehicles. To achieve this, Beijing plans, among other things, to continue a trend of state-directed innovation, proposing to establish 15 manufacturing innovation centers by 2020, which would be expanded to 40 by 2025.
3 “China’s changing raw materials demand – A new basis of competition,” Bjacek, May 10, 2013; https://www.accenture.com/us-en/blogs/blogs-china-changing-raw-materials-demand.
4 See past blog on changes to regional competitiveness.
5 Based on Oxford Economics data, June 2, 2015.
6 Based on durable and non-durable goods figures form Oxford Economics.  Automotive vehicles were added to durable goods.
7 That is, used of technologies that are no longer feasible in advanced developed regions due to environmental and safety considerations.
8 What we mean by “commodity specialties” are products typically classified as specialties, which have commodity characteristics, e.g., residential paints, certain pesticides, etc.
Prev. Post
BLOG MAIN PAGE
Next Post
{"GetBlogPosts-return":{"author-list": [{"Name":"Paul Bjacek","Short_Description":"Principal Director, Resources Research Lead, Accenture","Long_Description":"Paul Bjacek is a principal director at Accenture and leads strategic research for the Resources operating group, which includes chemicals, energy, natural resources and utilities. He has more than 25 years of experience in the process industries, including project activities in manufacturing, marketing and distribution. Paul regularly writes and presents on topics impacting the chemical industry. He holds a master's degree from the London School of Economics, with a bachelor's degree in chemistry and business.\r\n","Url_Bio":"","Url_Image":"//www.accenture.com/t20170906T201805Z__w__/us-en/_acnmedia/Accenture/Conversion-Assets/Blogs/Images/28/Accenture-PaulBjacek3.jpeg","Social_Linked_In":"https://www.linkedin.com/in/paul-bjacek-1516a01/","Social_Twitter":"https://twitter.com/intent/user?screen_name=PaulBjacek​​","Social_Email":"mailto:naturalresources@accenture.com","AuthorId":"{1EC72DDF-229B-47F5-8895-26894ACCF1AA}"}], "tag-list": [],"recentpost-list": [{"PostTitle":"Petrochemicals: Changes in ownership bring greater risks\n","PostUrl":"/us-en/blogs/blogs-petrochemicals-ownership-changes"},{"PostTitle":"Outperformance in petrochemicals adds urgency to staying ahead of disruption in the extended ecosystem","PostUrl":"/us-en/blogs/blogs-outperformance-petrochemicals-disruption-chemicals-ecosystem"},{"PostTitle":"Need for speed in polymer innovation","PostUrl":"/us-en/blogs/blogs-need-speed-polymer-innovation"},{"PostTitle":"Latin America likely won’t be the market for surplus polymers…so producers should look East","PostUrl":"/us-en/blogs/blogs-latin-america-market-surplus-polymers"}], "year-published-list": [{"year":"2018"},{"year":"2017"},{"year":"2016"},{"year":"2015"},{"year":"2014"},{"year":"2013"}], "blog-archive-link": ""}}