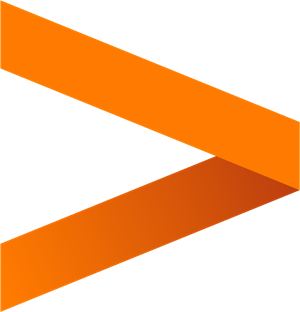 Some utility executives might view blockchain as Winston Churchill viewed Russia: “a riddle, wrapped in a mystery, inside an enigma.” For utilities, the issue is not a matter of if blockchain will become a reality, but rather when, where and to what extent. While understanding the technology and basic premise behind a distributed ledger isn’t difficult, the challenge lies in envisioning productive uses.

Unlike the banking or credit-card sectors, which might see blockchain as extremely disruptive to traditional financial services roles, utilities should feel far less threatened. Utilities have the distinct advantage of a monopoly ownership of the power lines that will still be needed (at least until widespread wireless power is a reality) to get the electrons from one party to another. This is a good thing for utilities that own transmission and distribution assets, but not as good for power-generation owners and retailers.

As one of the main attributes of a blockchain platform is to eliminate the middleman, the developments could lessen the role integrated utilities and retailers have in customer interactions. But with each transaction there will still exist the need to compensate a utility for using its delivery infrastructure, so blockchain appears less disruptive.

Timing could not be better for blockchain to be growing in popularity, as utilities are facing growing distributed energy resources (DER). Electric vehicles are gaining in adoption and customers are increasingly involved in power consumption (and production). The previous one-way flow of power was easy enough to measure, bill customers and process payments, but new technologies create a network in which electricity can flow among a wide variety of points. Managing the disparate flows to maintain grid stability is hard enough. Add in tracking of future peer-to-peer power transactions and there is the potential for a complex mess.

Blockchain could have an impact on the full spectrum of the utilities value chain. Throughout the world, pilots and discussions are under way to build use cases. Many possible implementations could be categorized as cost saving and/or tools to improve operational efficiency—such as wholesale commodity trading and settlement, as well as grid operation and asset management. Improving these activities and other back-office functions will likely become blockchain success stories.

While these are important to increase efficiency, reduce costs and improve reliability, they are not likely to grab headlines. What might get the most media air play and interest from consumers will be applications that are new and different in the utilities space—those that impact our daily lives. Here are the three potential trends to watch:

Peer-to-peer energy marketplace—A transaction platform where individuals could sell excess power from solar panels, battery storage or electric cars based on a predetermined set of price levels, availability, and other factors to friends and neighbors. Being able to recoup some investment in solar panels or electric vehicles would help justify adoption, as well as provide additional cash flow with little effort. (Think driving for Uber without the effort of being behind the wheel.)

Transactive energy—Micro-transactions borne from “prosumers” automating decisions on when and how much electricity to provide to, or take from, the grid. This concept encompasses any situation where a predetermined set of conditions or requirements is enabled, and leaving it as a set-and-forget tool. Peer-to-peer could be a part of the overall idea of transactive energy, but this trend also could include interactions with utilities, retailers and new market entrants.

Electric vehicle charging transactions—Since public charging stations are still relatively uncommon throughout the world, now is an ideal time to introduce a new way of paying for electrons. Transactions could be completely seamless—drive up and plug in (or, even better, park nearby for induction charging).

Blockchain is only one of many innovations that could provide opportunities for growth. Near-term advances in the areas of IoT, asset optimization, distributed energy resource management systems (DERMS), drones, artificial intelligence and augmented reality probably technologies take precedence as they speak to core operations. Digitizing the core, focusing on how to improve operations, reduce costs and unlock trapped value is key for utilities. While blockchain technologies won’t change the industry overnight, the potential impact should be considered in strategic planning.

Prev. Post
BLOG MAIN PAGE
Next Post
{"GetBlogPosts-return":{"author-list": [{"Name":"Jason Allen","Short_Description":"Jason Allen is the Utilities Research lead for Accenture Research.","Long_Description":"Jason Allen is the research lead for Accenture Utilities. His focus in on supporting the global Utilities leadership, client teams and the utility industry business. Jason has extensive experience in analysis of operational benchmarking, primarily for the US utility industry, and has an in-depth knowledge of all aspects of the utility value chain segments.","Url_Bio":"","Url_Image":"//www.accenture.com/t20170222T063556Z__w__/us-en/_acnmedia/Accenture/Conversion-Assets/Blogs/Images/22/Accenture-Jason-Allen-headshot.png","Social_Linked_In":"https://www.linkedin.com/in/jason-allen-2abb628","Social_Twitter":"https://twitter.com/intent/user?screen_name=kWh_researcher","Social_Email":"mailto:","AuthorId":"{1D02AF0E-DDE9-4C23-9070-F9EADEF48A89}"}], "tag-list": [{"Url":"/us-en/blogs/blogs-utilities-default?blogTag={230FA87E-EDD9-4BA5-873F-8BFE5A7E4D3D}&author=1d02af0e-dde9-4c23-9070-f9eadef48a89","Tag":"Blockchain","TagId":"{230FA87E-EDD9-4BA5-873F-8BFE5A7E4D3D}"}],"recentpost-list": [{"PostTitle":"DistribuTECH 2019: The march toward opportunity","PostUrl":"/us-en/blogs/blogs-march-toward-opportunity"},{"PostTitle":"What “Intelligent enterprise” trends mean for utilities","PostUrl":"/us-en/blogs/blog-what-intelligent-enterprise-trends-mean-for-utilities"},{"PostTitle":"Disruption for utilities abounds at DistribuTECH 2018","PostUrl":"/us-en/blogs/blogs-disruption-utilities-abounds-distributech-2018"},{"PostTitle":"Blockchain’s most likely impacts on the utilities value chain","PostUrl":"/us-en/blogs/blogs-blockchains-impacts-utilities-value-chain"}], "year-published-list": [{"year":"2019"},{"year":"2018"},{"year":"2017"},{"year":"2015"}], "blog-archive-link": ""}}

A relentless obsession with customers is no longer an option. It’s a must.

Learn how energy providers and retailers can transform to thrive in the rapidly evolving energy ecosystem.

What it is and why it matters.

A relentless obsession with customers is no longer an option. It’s a must.

Learn how energy providers and retailers can transform to thrive in the rapidly evolving energy ecosystem.