How to reverse the startling impact of COVID-19 on women

COVID-19 hit me in waves. Days four and eight were the worst, but I felt the virus lingering in my system for weeks after that. As I lay recovering (there was a lot of that!) I reflected on the folks who do not have the same luxuries that I — and my family — could rely on in isolation.

You may not think of sick pay as a particular benefit; you may think of internet access as a necessity. But having analysed the impact of the pandemic on women over the past few months with the W20 and then contracted the virus myself, it became clear that too often I take this stuff for granted.

The physical impact of the pandemic is only half the story. Whether actually infected or not, there are many people on whom COVID-19 has taken a far greater emotional and economic toll. Before the pandemic, it was hard for those who didn’t have things like income protection or the ability to get online. With the pandemic, life without internet or income protection became a whole lot harder for many. COVID-19 preyed on such inequalities and ruthlessly exploited them.

Safe to be sick

Take income protection — a financial safety net for people who lose income due to injury or illness.

I took time off to recover safely in the knowledge I was still getting paid. I could pay the utilities, the mortgage; I could put food on the table.

But many people – and especially women – work informally without such protections. They might be paid by the piece, or the hour, or the delivery. Taking time off to care for themselves or a family member means not getting paid.

With every day that women and girls suffer, the more we erode more the hard-won progress made towards gender equality over recent decades.

And with unemployment rising, would it be any surprise to see people heading back to factories and offices, often by public transport, before they feel it is safe to do so?

Our research found women across the globe more likely to be working informally, with no income protection. Pre-pandemic, their income and job security were 30% lower than women working formally; this gap had widened to 50% at the survey time (August).

The neighbours have been great, but most of our food came from Ocado. Entertainment for the long hours of isolation from Audible and Netflix (not forgetting friends and family on WhatsApp). I was even able to do some (gentle) yoga using an app.

The kids could not go to school. But they were sent a bunch of activities and books to complete/read online. The teachers track their progress and provide feedback.

And as I improved, I was able to complete some work remotely at times when I had the energy.

How much harder would the situation have been – for me and the family – if we had no internet access? Or if we had access, but it was metered or if we had only one device?

We found significant pre-pandemic gaps in the digital inclusion of men and women – and as The World Bank says: “The pandemic is underscoring that access to digital technologies is critical in times of crisis.” Research from the Yale Economic Growth Center suggests that distributing emergency cash payments using digital banking program may exclude the majority of poor women in India.

A heavy toll on women

These are the types of gender gaps COVID-19 has exacerbated. Our analysis suggests that in the period from March to August, its outsized impact on women means it could take up to an extra 51 years to reach gender equality. Forget 2120; we’re looking down the barrel of 2171.

Yes, we measured the shock of the pandemic at a very specific point in time. If a vaccine were found tomorrow, some of the variation we note between genders would evaporate.

Discussions around unpaid work, domestic violence and gender-blind policy responses have finally been dragged into the mainstream.

But not all changes can be reversed. Will a girl who drops out of school due to an unwanted pregnancy ever return to education? Will a woman who leaves her job to home-school her children ever return to the labour force? 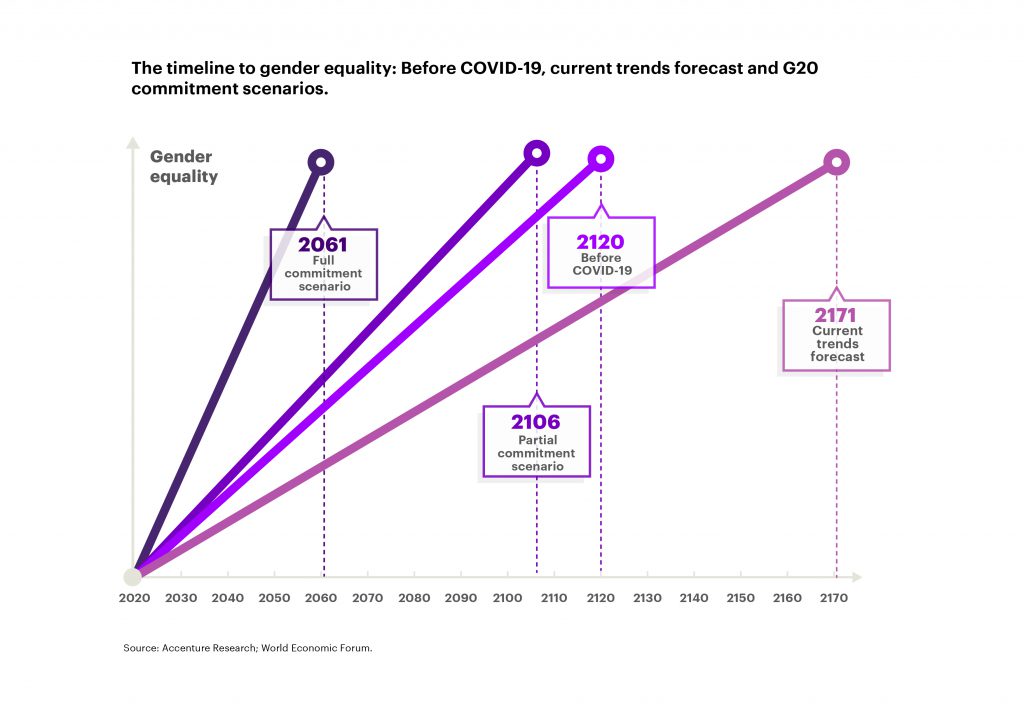 But it doesn’t have to be this way.

The depth and severity of the scars left by the pandemic mean that the world can no longer ignore what’s been staring us in the face for years. Discussions around unpaid work, domestic violence and gender-blind policy responses have finally been dragged into the mainstream.

Suppose G20 leaders committed to the recommendations laid out by the W20. In that case, we estimate that we could remove up to 59 years off the pre-pandemic gender equality timeline. That means 2061.

It’s an inflection point for humanity. Do we roll over and let this aggressive, abrasive virus make us less equal, more divided and poorer? Or do we turn the challenge of COVID-19 into an opportunity to drive a faster socio-economic recovery and build a fairer, more harmonious, and prosperous world?

The swing between inertia and action is 110 years. It’s too big an opportunity to ignore. 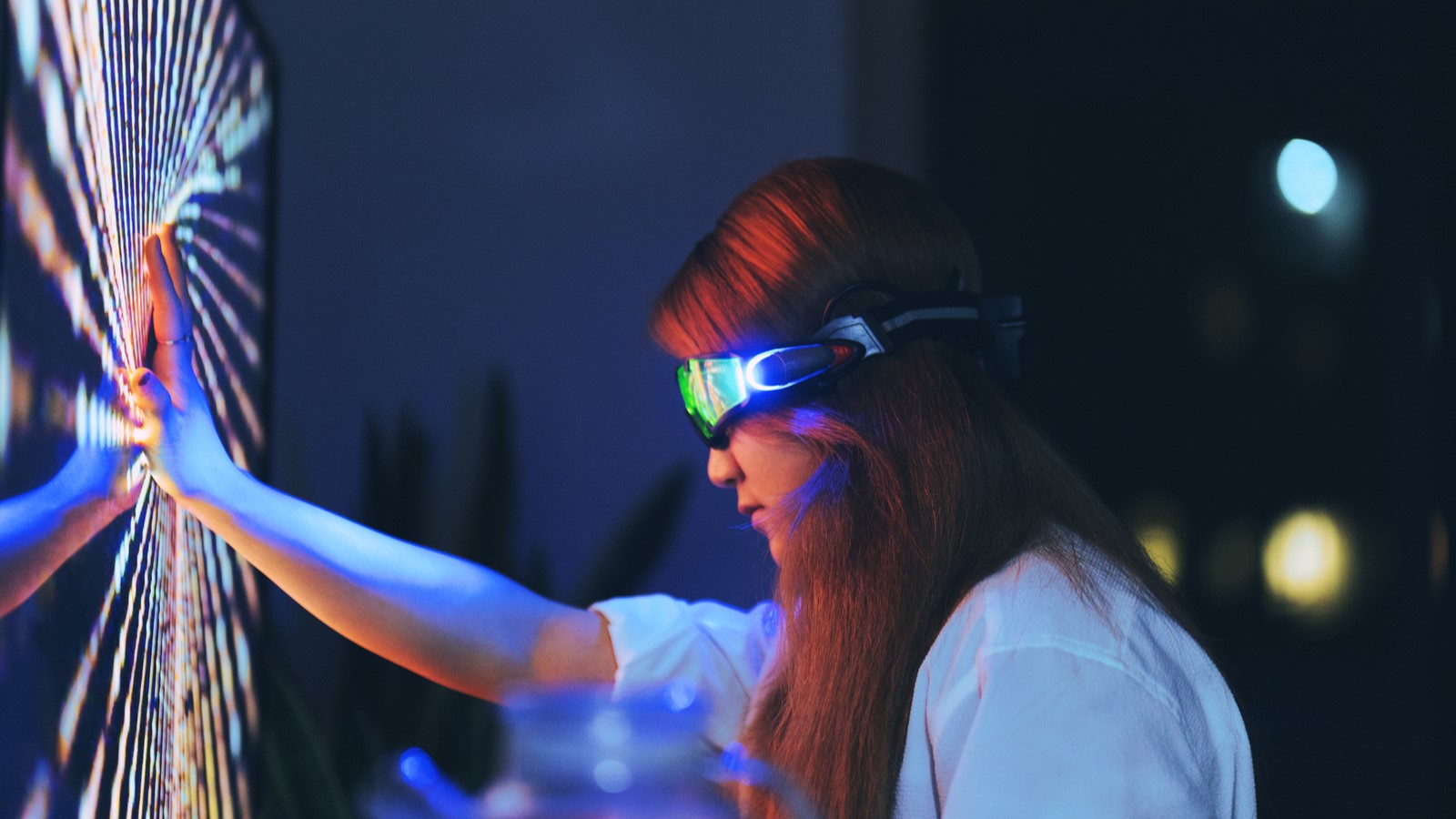 Why integrated experiences are important for enterprises and consumers alike

When applications are interoperable processes and functions that drive true business transformation are possible. Accenture talks more about it. 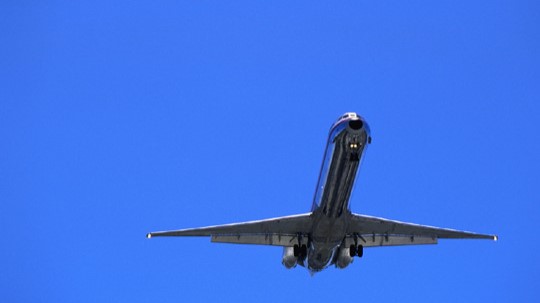 Net zero commitments are proliferating but how do we make them a reality?

Net zero commitments are proliferating but decarbonisation hasn’t been happening fast enough to hit a 2050 target. Accenture talks more about it. 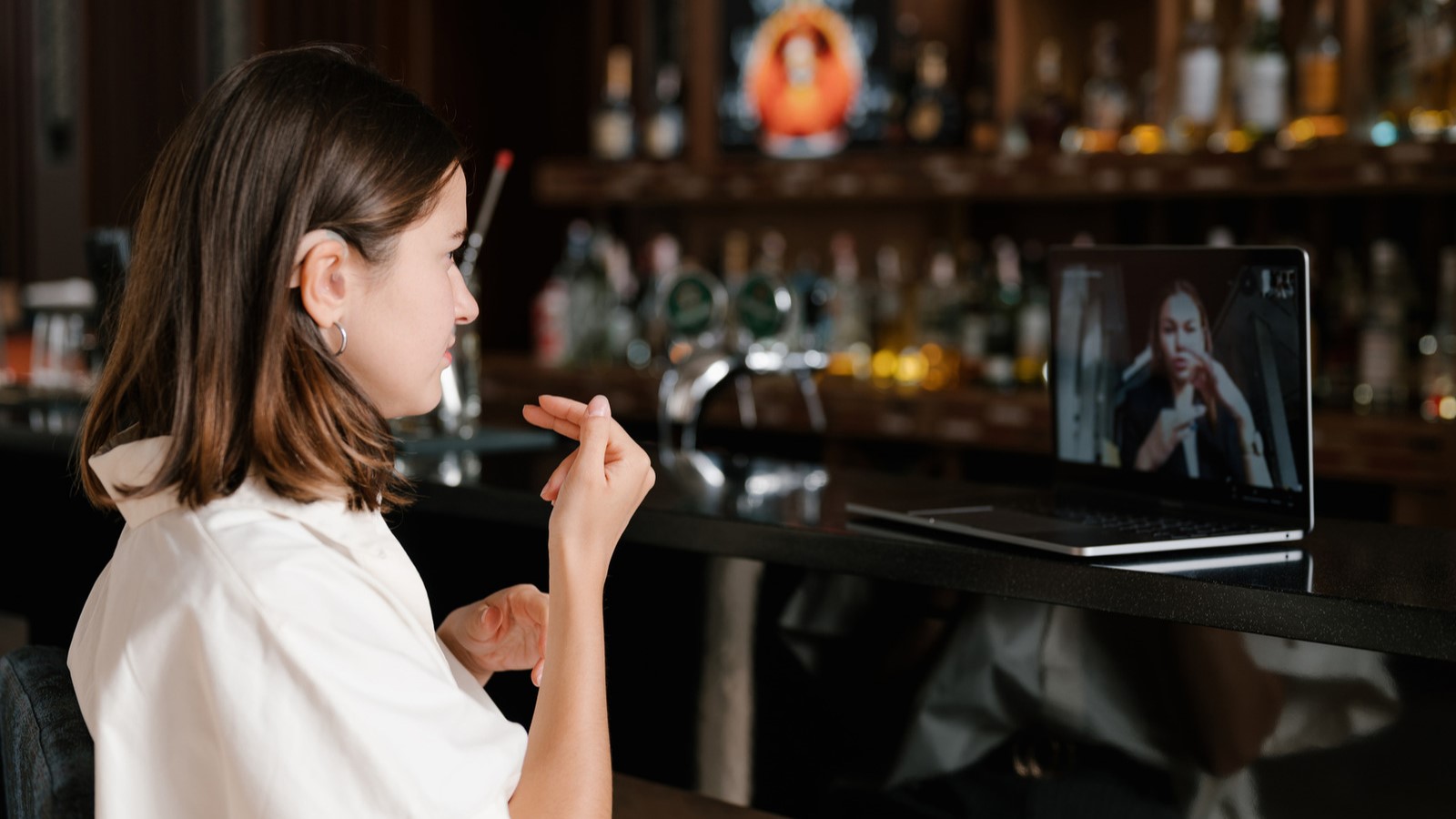 Providing accessible training and accommodations to develop and grow skills for employees with disabilities will unlock their potential. Accenture explains how.