Where are Southeast Asian countries in their sustainability journeys?

Can economic growth coexist with sustainability? Often viewed as incompatible in the past, many countries are now demonstrating that these can go hand in hand as twin engines of progress.

In my first blog, I discussed how Southeast Asia is one region that would potentially benefit from the transition towards cleaner energy, supported by governments and investments. But with Southeast Asian countries at disparate stages in their development and sustainability journeys, the different geographic and economic conditions will mean unique challenges – as well as opportunities – for each country.

Southeast Asian countries are racing to carve out new niches in different aspects of the sustainable economy and, by most accounts, all are aggressively pursuing their sustainability goals - their continued economic progress individually and as a region depends on it.

Here, we look at where six ASEAN countries are in their sustainability journeys.

While Malaysia’s previous successes centred around the manufacturing of cars, electronics and electrical products, the next wave of economic growth will likely be anchored by net-zero carbon agendas and higher-value manufacturing. Malaysia is Southeast Asia’s solar PV manufacturing hub so it has a stake in driving renewables adoption. Significantly, in October last year, Malaysian oil and gas company PETRONAS committed to attaining net-zero carbon emissions by 2050[1].

But even as a variety of industrial, utilities and energy players in Malaysia move into the renewables space, they are finding that the returns on investments in this space are lower than what many are accustomed to. A solar power plant simply does not pay as well as an oil production platform, especially when compared to returns they would have made in the heyday of oil and gas. Companies wanting to enter the renewables space will have to get creative in order to unlock value.

With less value upstream, utilities and energy players have had to look downstream to find value: how to better customise products, expand product lines, and deliver value-added services to customers other than “just electricity” to earn more revenue.

This means having to move away from their traditional business models, where earning more revenue meant having to build new and expensive assets like power plants or oil platforms. Now, the focus is all about building new revenue streams, and not new assets.

For instance, PETRONAS recently launched its Virtual Pipeline System (VPS) solution to provide off-pipeline customers with LNG via trucks, raising the utilization of its LNG Regasification Terminal in Pengerang, Johor while at the same time facilitating a switch to a cleaner form of energy for its customers[2]. We will be seeing more of such solutions emerge in the coming months and years. Renewables and moving towards net-zero carbon are increasingly becoming a real business opportunity in Malaysia.

Despite its small domestic market, the ease of doing business in Singapore and its strong technology and prototyping ecosystem make it a good proving ground for new sustainability concepts before they are exported overseas.

The government’s strong commitment to electrify its entire fleet of cars and commercial vehicles by 2040 will see a massive rollout of electric vehicle (EV) charging infrastructure and a proliferation of associated EV ecosystem players.

The Monetary Authority of Singapore is also at the forefront of developing the sustainability and green finance sector in Singapore, setting the stage for the rollout of sustainability and green initiatives for both Singapore and the region, given the Republic’s role as a major financing hub. Just recently, Singapore announced its plans for a new global carbon marketplace, extending its role as a financing and trading hub to the carbon reduction space which will undoubtedly only grow in the coming years.

While Indonesia is one of the world’s largest producers of coal, banks have increasingly shunned the industry, with Singaporean, Japanese and South Korean banks setting deadlines to end coal financing.

Even as natural gas (LNG and piped natural gas) is emerging as a straightforward bridging fuel, the price of renewables itself continues to drop. The country must balance its investments in gas infrastructure and long-term LNG contracts with gradually preparing the country’s grid and regulations for renewables – which will come, possibly sooner rather than later.

The country is also rich in resources such as nickel and aluminium, which are essential materials in the production of electric vehicle (EV) batteries – a booming market worldwide. The country has quickly caught on to this trend and is trying to capitalise on it, announcing plans to move into the EV battery manufacturing space.

What about all its rich coal reserves? There appears to be a plan for that too – Indonesian coal companies like Bukit Asam, Adaro Energy and Indika are looking seriously at coal-gasification and coal-to-liquids technologies[3]. These are relatively expensive technologies but what choice do they have?

Fortunately, in the Indonesian spirit of gotong royong (literally “mutual assistance” or sharing the burdens of the community amongst many), the Indonesian government has brought together both private and state-owned-enterprises in meeting the challenges of the energy transition. National oil company Pertamina will be distributing coal-based DME as cooking gas and will also be collaborating with national utility PLN and other national mining companies to manufacture EV batteries.

Hopefully the spirit of communal progress and cross-industry support will extend to some of the country’s mega-projects, such as the move of the capital city to Kalimantan, which will provide a golden opportunity for local players to flex their muscles in the smart city space. Microsoft’s recently announced plans to build a data centre region in Indonesia will also spur demand for renewable energy.

Having outlined the need for renewable energy transition as a critical step to realising its Thailand 4.0 vision, Thailand has been going all out on the sustainability front as it pushes for economic growth.

With the price of EVs plummeting towards parity with conventional automobiles, the country will have to aggressively retool its large automotive industry to avoid obsolescence as the world stands on the cusp of mass adoption of EVs. To support the budding EV industry, the Thai government has pushed rapidly to implement EV charging infrastructure. And it is not just on the roads – electric ferries and trains are making inroads into Thailand’s transportation sector.

The country is also making a play in the area of LNG trading and Renewable Energy Credit trading, with the establishment of trading hubs in the country.

In fact, Thailand’s Energy 4.0 vision has elements that touch upon every major element of the energy value chain, from a US$2 billion investment in a “Bio-Hub” complex in Chachoengsao[4] to grow the bio energy sector to smart grid initiatives in key locations. With bets in so many aspects of the energy transition economy, a few are surely bound to succeed, putting Thailand on a new trajectory of economic growth.

Vietnam and the Philippines

Not to be left out, Vietnam and the Philippines have also thrown their hat into the clean energy ring. Again, the theme of continued economic growth runs strong in the considerations of both countries as they contemplate their next moves in the energy transition space.

Backed by a young and growing labour force, Vietnam’s manufacturing sector is evolving into an attractive manufacturing hub. The country is fast realising that, to attract multinational companies to base their manufacturing in the country, it must demonstrate strong Environment, Social and Governance (ESG) credentials, as international buyers increasingly demand that their products are produced sustainably. To this end, the country has made a significant push towards renewables, overhauling its feed-in-tariff (FIT) regime in April 2020 to support solar plantings. In fact, its policies may have proven too successful – with a flood of new solar installations last year following its new FIT scheme, Vietnam is now cutting back on FIT rates over grid stability concerns.

With abundant renewable energy resources in the form of wind, hydro and geothermal energy, renewables are fast becoming a cheaper means of rural electrification for the Philippines, where economic growth has been concentrated on the larger islands of this vast archipelago due to the nature of conventional generation. Large and efficient power generators only make sense where there are large enough population centres to take all that electricity.

The large number of smaller islands have always relied on small, inefficient fossil fuel power generators which limited economic activity in rural areas. However, with distributed renewables actually reducing the cost of rural electrification, economic growth may finally spread to the rural areas, ushering in a new wave of economic growth for the country.

The energy transition is clearly picking up steam in Southeast Asia and is proving to be one of the pillars of economic growth for the region. The next blog post in our sustainability series looks at how industry players, particularly those in the energy and mobility sectors, must pivot to capitalise on new opportunities and mitigate the threat of disruption as Southeast Asia and the rest of the world march towards a more energy sustainable future. 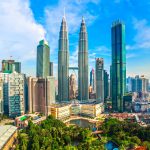 [2] PETRONAS increases accessibility to cleaner energy with the launch of its virtual pipeline system (www.petronas.com/media/press-release/petronas-increases-accessibility-cleaner-energy-launch-its-virtual-pipeline)

[3] Bukit Asam’s coal-gastrification project will be a loss-maker: Study (https://www.thejakartapost.com/news/2020/11/13/governments-coal-gasification-project-loss-making-enterprise-study.html)