On October 1, 2019, Loek Radix secured the role of CEO at Chemelot. Onboarded with the vision of safeguarding the license to operate on the chemical site in the future, he shared his view of employing the purpose-driven approach that was set out by his predecessor, Robert Claasen.

Loek continues to work on Chemelot’s ambition to become the safest, most sustainable and competitive chemical site in Western Europe by 2025, and climate neutral by 2050. Nonetheless, he's chosen to focus on some specific issues. 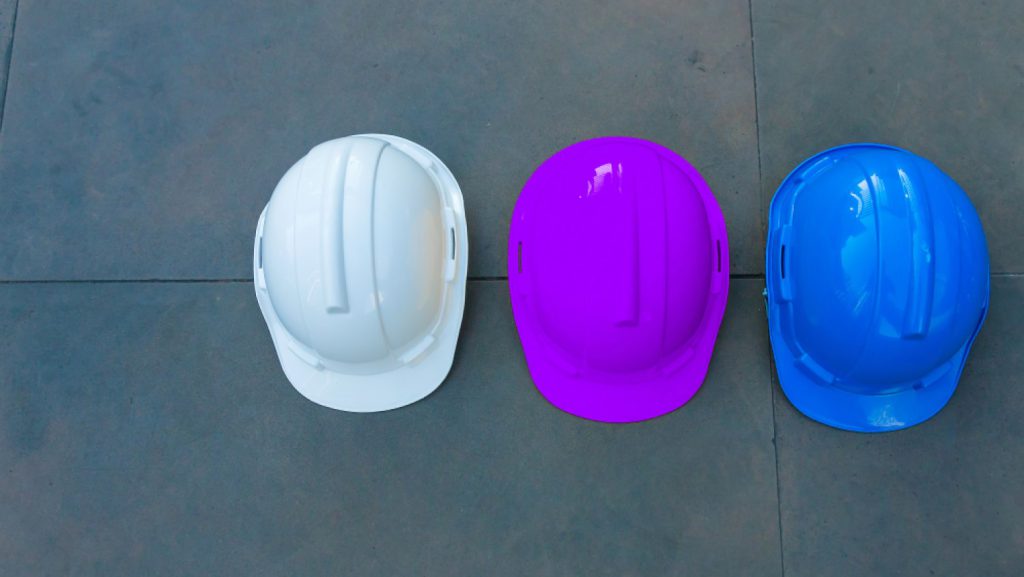 Although many areas need his devotion, Loek stresses that the emphasis should be on safety first. Due to its history, the responsibilities on the Chemelot site are “too scattered”, in his opinion. Until 2000, the site was monitored by DSM. In 2002, parts of the activities were transferred to SABIC, and the number of companies on the site increased to more than 50. At present, DSM is the landowner, Sitech takes care of facility services, and USG is responsible for utilities.

One of the challenges is that most of the site users have to report to external shareholders with their own policies, while the Chemelot Site Permit B.V. (CSP) takes care of the integral supervisory permits. Still, all users have to adopt a common approach for the common good of the site. 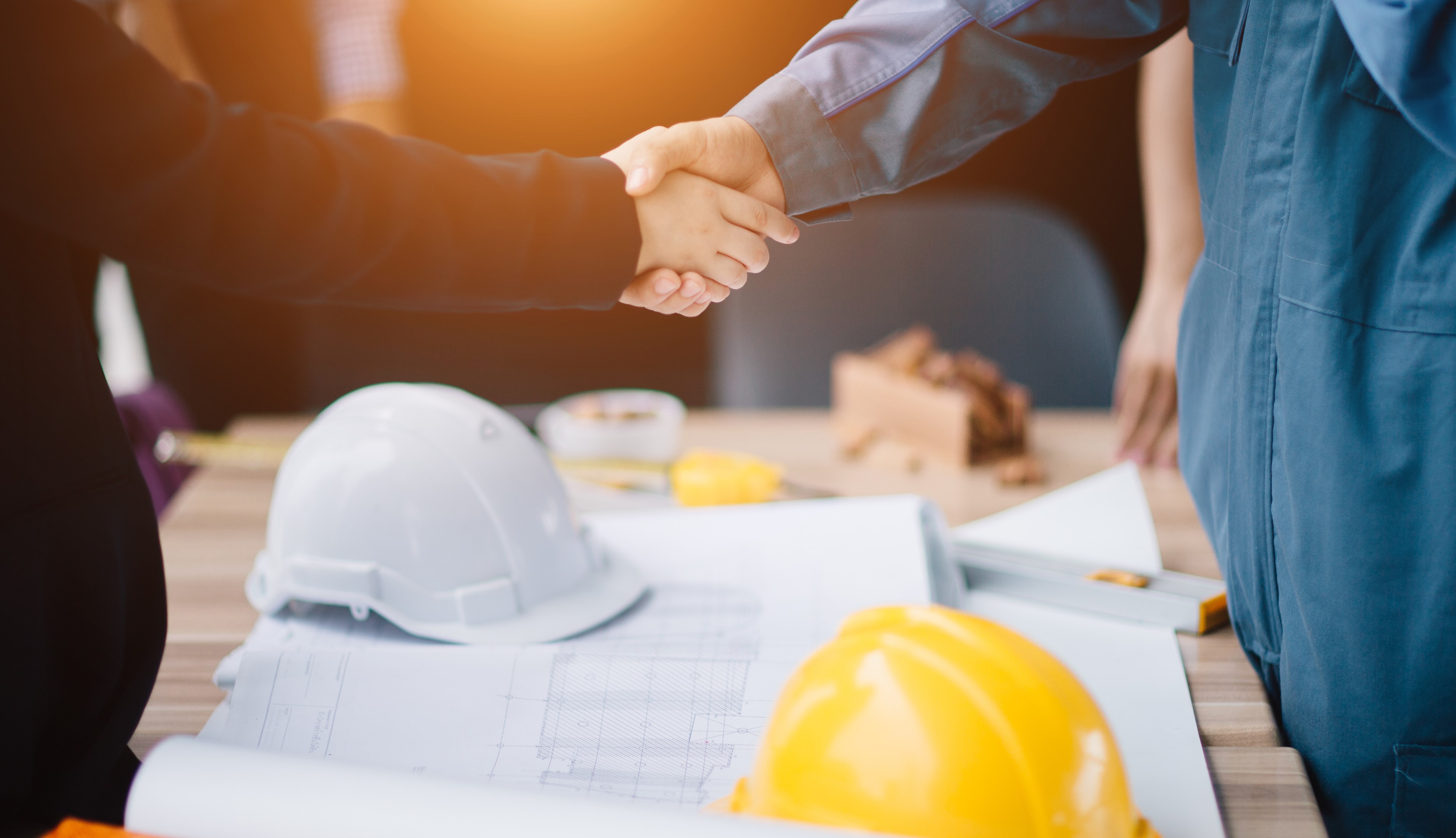 At the recommendation of the Safety Investigation Board (Onderzoeksraad voor Veiligheid), Loek Radix became the current chairman of CSP’s board to align responsibilities. To him, Chemelot needs to comply with safety requirements, but it should also do much more than that.

One of the issues is that there's no clear allocation of responsibilities among the site users and the CSP. "We have to get this sharp. It should be evident who's responsible and which mandate CSP has. Taking things for granted is not acceptable anymore; not for the site, nor for its users. This also has a legal component because no industry is monitored as stringently as the chemical industry", he asserts. 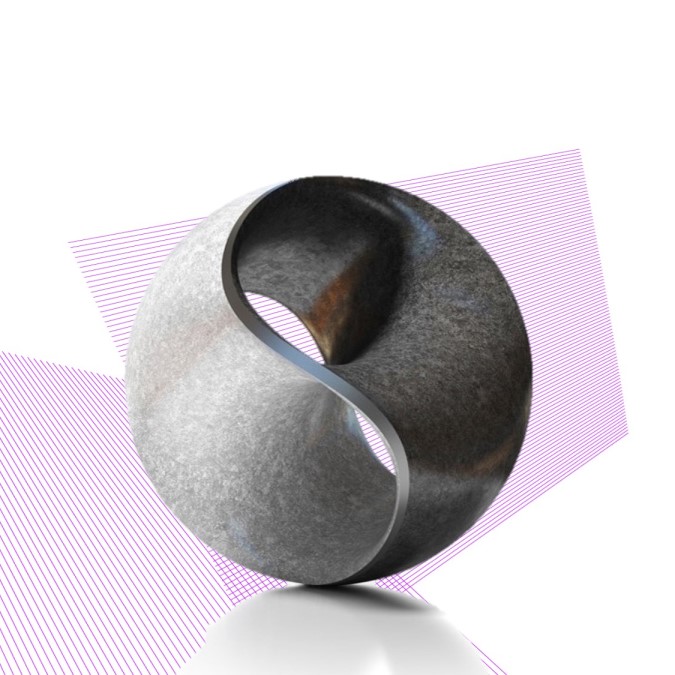 Culture changes take time, but a start has been made

“A culture change is needed, in which making mistakes is not punished but rather used as a premise for improving processes. This requires a different attitude from management, which is quite complex because it demands acting together and being proactive instead of reactive”, Loek suggests.

Concerning safety and sustainability, Chemelot’s performance and reputation are depending on the weakest link. Therefore, it's of paramount importance to collectively work on those subjects. This has triggered a common program named ‘Samen Bewust Veilig’ (Together Consciously Safe), which covers topics such as leadership, the safety of installations, and the culture for each of 18 separate projects.

“A culture change is required, in which making mistakes is not punished, but rather used as a premise for improving processes”.

According to the CEO, culture is a vital topic for the organization. Switching from a top-down to a bottom-up approach is key for its success. He argues: "In the traditional approach, the highest in line was accountable and responsible, though this leader often did not have the slightest idea of the safety risks in practice. We should base the safety on the site on know-how and mutual confidence. The front line knows about unsafe situations and, therefore, the duty manager should take the lead". 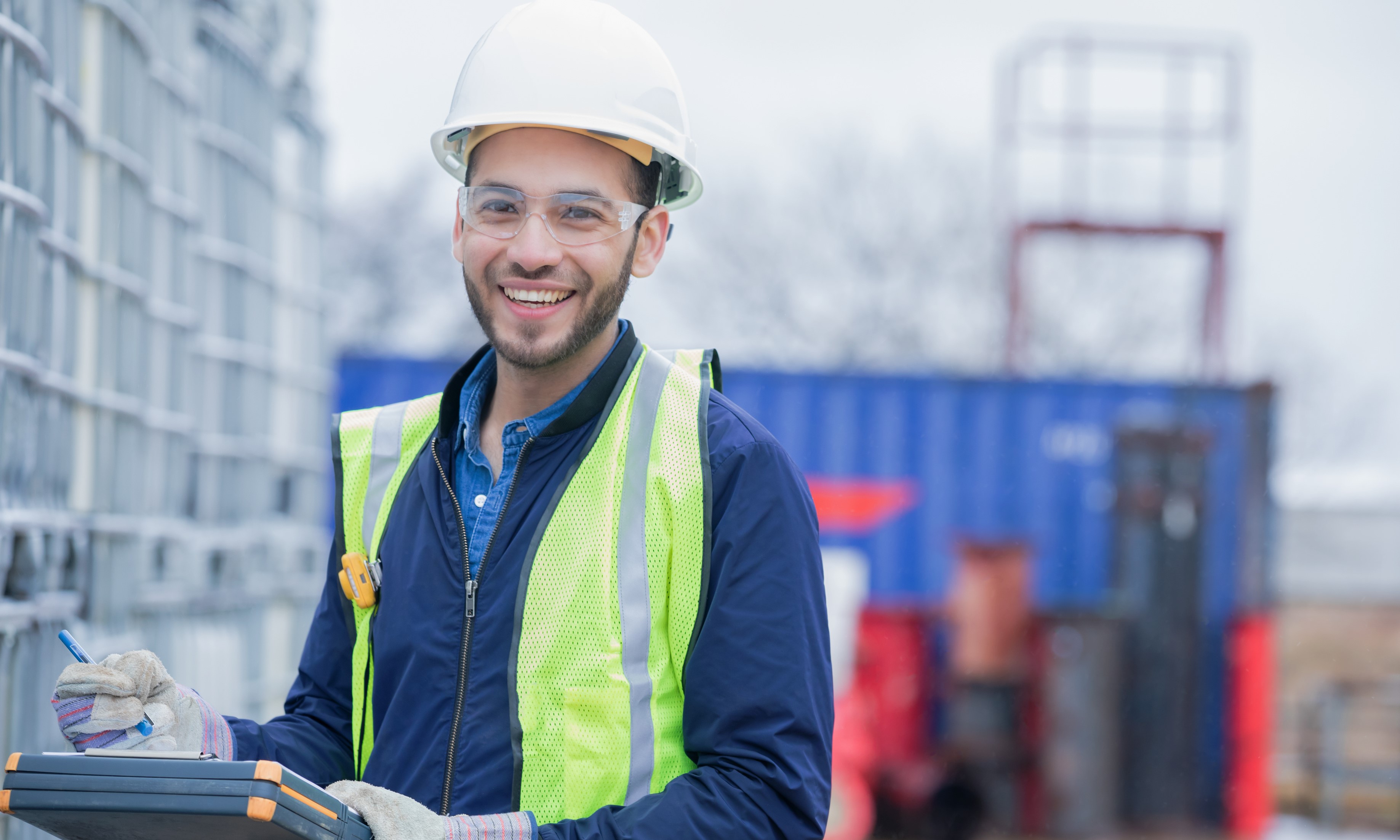 From Loek’s point of view, safety policies used to be repressive and reactive, with too much targeted on incidents. In the future, site structure and integrity of installations will be part of the new ideas and values around safety.

Incident analysis and openness about mistakes are of utmost importance. “The DSM culture was already based on reporting all incidents, even a finger scratch due to a paper cut. Even such minor incidents often disclosed underlying high-risk patterns. I want to introduce the same system on the integral site. Only then, it's possible to find out what has gone wrong, what was the cause and what lessons can be learned. Involved people, such as mechanics, should be intrinsically motivated to speak out what they think about unsafe situations”, Loek emphasizes. He's aware that such a change will take time, but a start has been made. 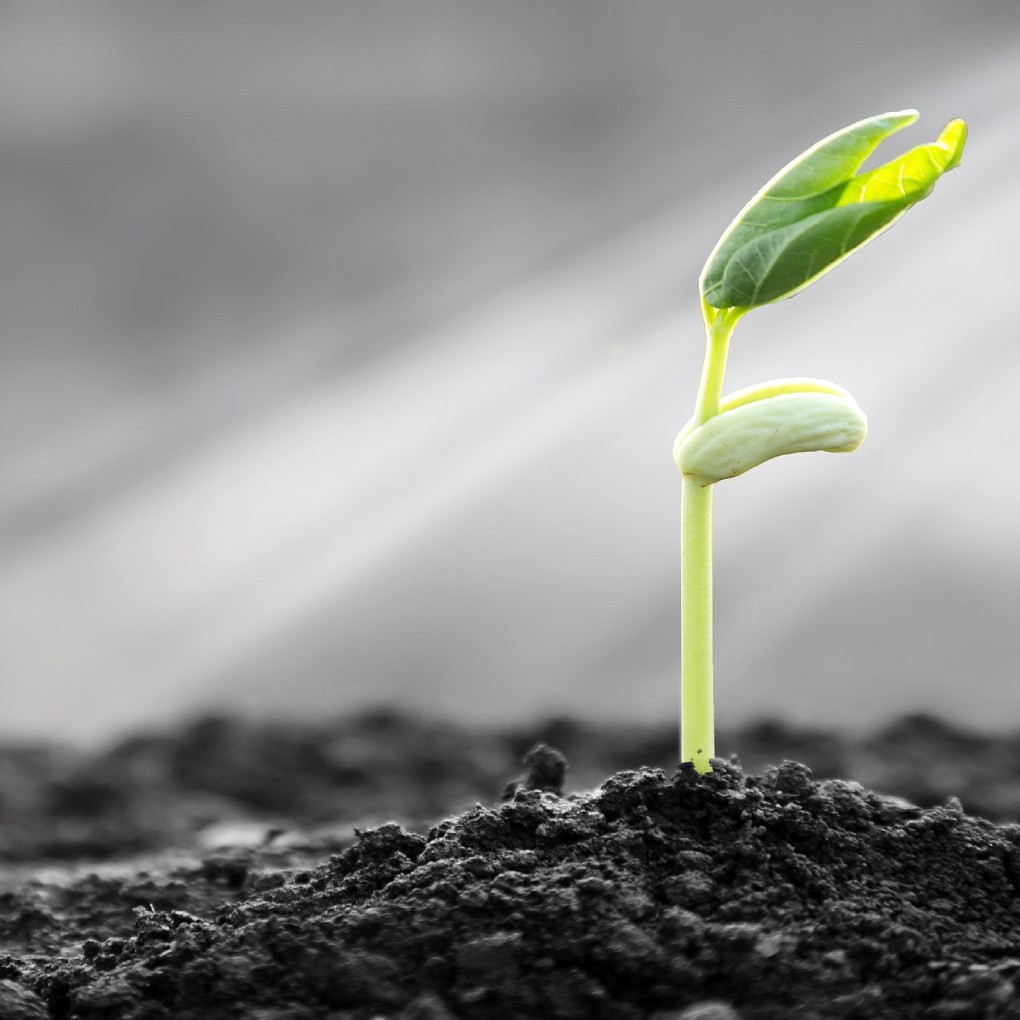 How can businesses in the resources industry become truly purpose-driven?

Purpose-driven business is a radical realignment, a new outlook on the way we create value. The opportunities for sustainable growth and change are huge – and nowhere more so than in the resources industry. Our choices about which opportunities we pursue today will shape our future.

Taking care of safety is also related to Chemelot's direct environment. In this respect, the Chemelot chief executive calls for a distinction between safety and nuisance. To clarify this, he cites the example of gas that was flaring at the start of naphtha cracker Olefins 4 after a turnaround. This situation did not cause any safety risks, but the noise and vibrations did cause a nuisance.

Especially in such cases, communication is important to change the perception of people living in the vicinity of the site, because they sometimes do experience feelings of danger. This doesn't mean that the experienced nuisance has no social relevance —on the contrary. Loek has noticed that tolerance from society is decreasing. A rubber smell, for instance, is not acceptable anymore.

Besides that, Chemelot is largely dependent on the goodwill of the site's surroundings. In contrast to other companies, the site is not located at sea or in a remote region, but in the middle of a densely populated area. Therefore, the CEO takes part in consultative groups of the three surrounding municipalities, both on an administrative level and a citizen level.

A circular system will lead to clear and clean water

A second focal point for Loek is the sustainability discussion, which in his eyes is excessively lumped together with somewhat abstract climate goals; sustainability involves much more. For him, the issue of clear and clean water needs to be tackled first.

The effluent water of the factories on the Chemelot site is treated in the wastewater treatment facility IAZI, from which the water is discharged in the Meuse, which flows along the Chemelot site. The Meuse is a small river, with a flow rate of only 10 percent compared to that of the Rhine, making it vulnerable to pollution. The site discharges one cubic meter per second, which, especially in times of drought, corresponds with 10 percent of the water in the Meuse.

in the Netherlands depend on the Meuse for their drinking water supply.

With the present IAZI processes, the effluent water contains slight residues of hazardous materials that flow into the Meuse. This is obviously an undesirable situation, especially because 4 million people in the Netherlands—and another 3 million in Belgium—are depending on the Meuse for their drinking water supply. Besides that, the present discharge permit gives rise to anxiety and doubts.

That's why the Chemelot CEO aspires a circular water system on the Chemelot site, so that no water is spilled at all by discharge or evaporation. He's well aware that a reduction from 100 percent to 10 percent is generally easier than going from 10 percent to zero. 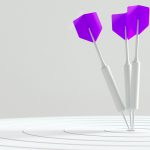 How could DSM transform so successfully into a purpose-driven business?

How could DSM transform from a company that mined coal reserves to a science-based company active in nutrition, health and sustainable living? What sets them apart from the rest of the industry that allows them to transform so successfully?

Returning to the climate goals, Loek Radix is confident that Chemelot can meet the national goal of a 49 percent reduction of CO2 emissions by 2030 (compared to its levels in 1990). The first line of action is the reduction of the emission of nitrous oxide (N2O, or laughing gas). The emission of N2O is relatively low, but because N2O is a 300 times stronger greenhouse gas than CO2, the impact of a reduction would be very high.

As far as CO2 is concerned, the Chemelot CEO aims for completion of the carbon capturing and storage project, in which CO2 that is released by the production of ammonia is transported to Rotterdam for storage. The third line of action is the improvement of energy efficiency on site. 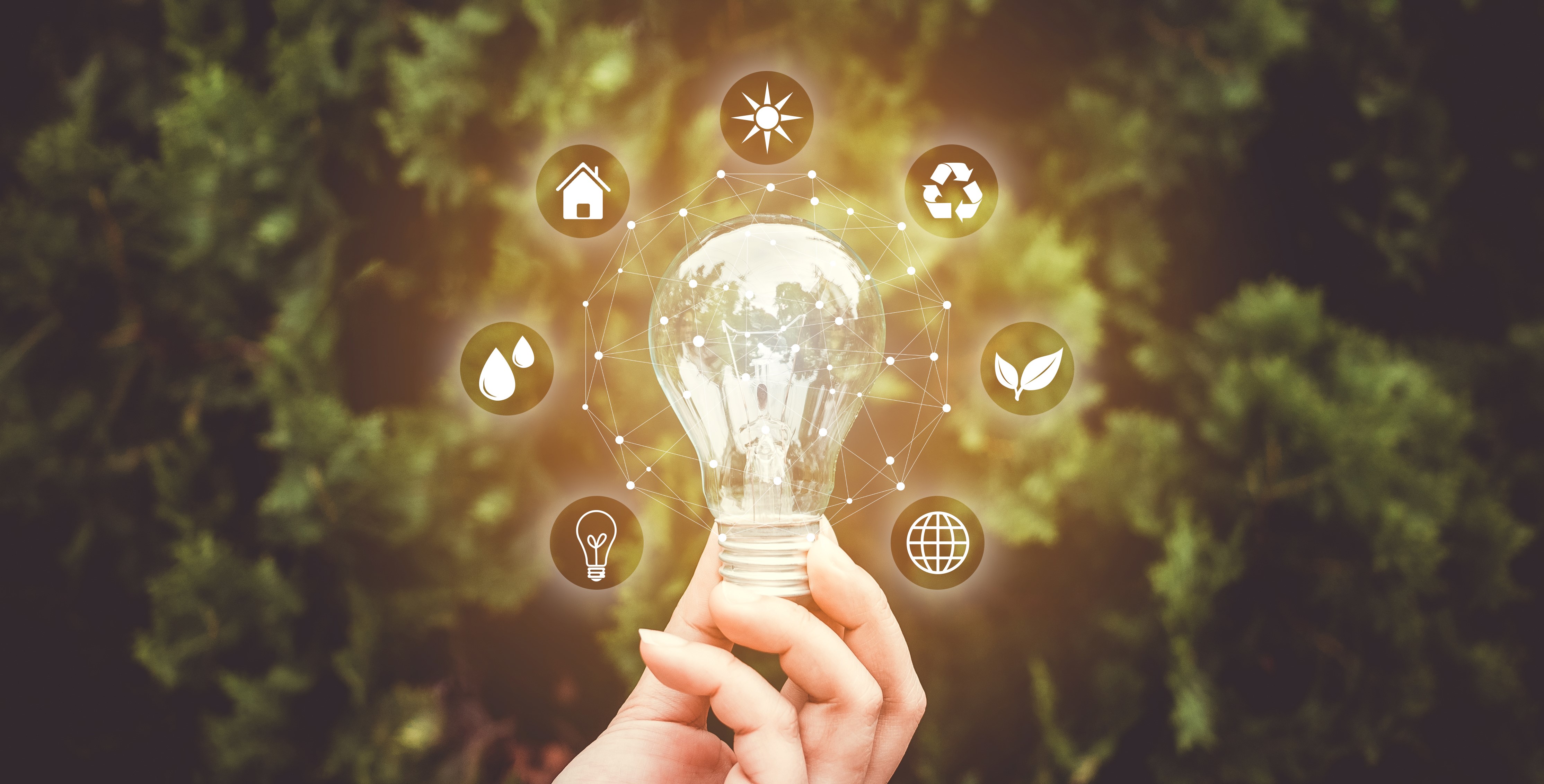 “To meet the challenges we face now and will face in the future, we need new technologies that don’t exist yet. This requires a firm innovation impulse”, Loek argues. “At Chemelot, we are fortunate enough to have the Brightlands Campus right on our site, where research of specialized institutions takes place, partly supported by the government. Via a strategy of reinforcing the structures for open knowledge exchange, the Brightlands Campus and the industrial enterprises together can find solutions for complex problems. A comparable development takes place in Brainport Eindhoven. To keep the impetus going, it is probable that the government will have to supply more financial impulses, for instance for the transformation to electrification or circularity".

“To meet the challenges that we face now and will face in the future, we need new technologies that don’t exist yet. This requires a firm innovation impulse."

Besides the focus on safety and sustainability, Loek aims to maintain the license to operate, to continue the desired activities. This means retaining the present users as links in the process chain, but also attracting new companies that contribute to the energy and climate transition.

From his point of view, the announced climate measures are based on punishment. Such as the taxes on CO2 emissions, or the price increase of electricity and gas to make investments in sustainable energy possible. This is a financial threat for the users on the site.

"In the short term, Chemelot will react defensively and plead that a level playing field is needed", the CEO proposes." In the long term, new technologies and groundbreaking inventions have to be developed on the Brightlands Campus. To have a good functional model, they must be integrated into business models. If we can organize revenue models, it will also contribute to the site's attractiveness for industries that want to settle here."

Unequivocal structure for all organizations on the Chemelot site

To move from words to actions, you need to have sufficient and skilled staff that can work safely and reliably. The age of present employees is rather high, and to be prepared for the outflow due to retirement, the organization has proactively taken steps to recruit sufficient qualified people.

Chemelot closely cooperates with regional vocational education institutions and universities of applied science. Some enterprises on the premises organize their own education. Besides that, Chemelot has an on-the-job training program for lateral-entry employees and for large turnarounds, in which many skilled workmen are needed temporarily. In the latter case, they're often recruited in Eastern Europe.

Looking toward the future, Loek Radix aims to have an unequivocal structure for all organizations on-site and to support the direct environment. Research should be focused on innovations that offer structural solutions, to speed up reaching the 2030 goals.

“The Chemelot site is managed both for and by the site users, and we need each other for achieving our goals. To make this possible, technological questions have to be solved, but at this moment, it's unclear who will take the lead. What are the roles of the existing chemical enterprises and of all the different parties? Who has the necessary brainpower? My role is to have such questions answered".

Adriana Begeer is a senior manager and Supply Chain and Operations Lead for the resources industry at Accenture.