Work makes up a big part of our lives and to be able to reach our full potential we need to feel included. However, in many countries the reality is that LGBT individuals have to hide their real identity. So how do we achieve LGBT business equality and why is it so important besides the obvious? 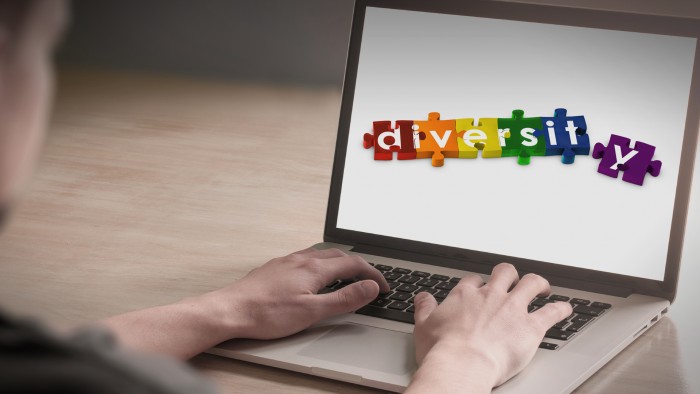 Work makes up a big part of our lives. To be able to deliver our full potential we need to feel included and work in an environment where we can be ourselves. That freedom is something we can easily take for granted, especially where I live, in the Netherlands. For LGBT individuals in many countries the reality is that they have to hide their real identity, sometimes not even able to discuss their weekend with colleagues, in fear of being excluded, fired or even worse, prosecuted.

This is no different for entrepreneurs, but LGBT owned businesses hold the power to really make a difference. Open LGBT entrepreneurs have the ability to create that safe and inclusive work environment. They can also be that role model, especially where it is still much needed.

How Does LGBT Business Equality Lead to Socio-Economic Advancement?

As an LGBT person myself I know how important it is to be out in life as well as in the workplace as it allows you to bring your whole self to work. Your productivity goes up as does the ability to personally network with people.

"As an LGBT person myself I know how important it is to be out in life as well as in the workplace as it allows you to bring your whole self to work."

This is no different when it comes to running a successful business. Open LGBT entrepreneurs have a better chance of being successful in running innovative, thriving businesses and will become more economically empowered. After all, they can put all their energy into unlocking talents and don’t need to constantly hide a part of themselves.

A study from 2014 by The Williams Institute in collaboration with USAID found that human rights and economic prosperity are intertwined. Greater inclusion of LGBT people in emerging economies is positively associated with a country’s economic development at both the micro and macro levels. The study, carried out across 39 emerging economies and other selected countries, used the Global Index on Legal Recognition of Homosexual Orientation (GILRHO). This indicator enables researchers to use data going back to the 1960’s and creates visibility on the status of LGBT rights per country.

"Greater inclusion of LGBT people in emerging economies is positively associated with a country’s economic development."

Using the index, the researchers were able to link the data with the GDP level per capita. It shows that for every additional legal right concerning LGBT equality in the index is associated with approximately $320 in GDP per capita, or about 3 percent of the average GDP in the sample countries, and a higher human development index value. For instance, Kenya, with no LGBT rights, scores zero in the GILRHO index while having a per capita income of $1.318. In contrast, Argentina, where LGBT rights have improved with marriage equality, for example, scores a seven while having a per capita income of $13,323.

This positive correlation between LGBT equality and economic development is significant and allows us to actually put a price tag on equality. By being more inclusive to LGBT communities, we allow more individuals to be a productive member of the society which has an immense impact on local economies.

Not only does LGBT equality have a positive effect on economic development, it literally also makes the world a happier place. Employees of LGBT owned businesses appear to be happier as you can be sure that LGBT owned businesses will do everything in their power to create a workplace that is safe and inclusive for everyone. As of 2006 for example, engagement levels for workers with gay executives were 25 percent higher than average, according to The G Quotient: Why Gay Executives are Excelling as Leaders.

So How Can We Support LGBT Owned Businesses?

Through promotion and support of LGBT entrepreneurship, openly LGBT people can gain more confidence about being themselves in the workplace and in business. Furthermore, governments and corporations can work together in supporting the LGBT business community by facilitating and creating equal business opportunities. How exactly? By collaborating with networks for LGBT owned businesses.

Here, at Accenture for example, we work closely with the NGLCC. The NGLCC network connects us with relevant LGBT owned businesses increasing our success of contracting high performing suppliers. Meet LGBT owned digital marketing agency Social Driver: a former participant of Accenture’s Diverse Supplier Development Program (DSDP) in the US and contracted with support from the NGLCC. In 2015 Social Driver was named LGBT  'Supplier of the Year' for Accenture supporting the local recruitment marketing team. Thanks to this contract and being part of our DSDP, they were able to unlock their potential and were named the seventh fastest growing marketing agency in the US in 2013.

A Breakthrough in South Africa

How much LGBT networks like the NGLCC can really mean for the LGBT community is shown by the breakthrough they achieved April 16th. Together with The Other Foundation, Accenture was part of a unique event in Cape Town, South-Africa: the launch of a business network with a focus on LGBT-entrepreneurs. South Africa is the first country on the African continent to have such a business network which will focus on increasing business opportunities for LGBT-entrepreneurs. Establishing a business network like this is a real leap forward for growing more inclusive business environments as in many countries on the African continent LGBT equality is not common practice.  Even in South Africa where, despite LGBT friendly legislation including same-sex marriage, being out in life and work is still a challenge for many.

It proves the importance of business networks like NGLCC for both LGBT entrepreneurs and corporations, adding value to starting and growing successful relationships. These networks are able to help corporate procurement professionals to tap into great sources of high performing businesses who can support them to find innovative and cost-competitive solutions for themselves and their clients.

For South Africa, the start of a new LGBT business network in collaboration with the NGLCC will mean success and prosperity for LGBT entrepreneurs and their employees, creating employment and socio-economic advancement for communities. It will give the economy that much needed boost.

Are you interested in inclusion and diversity in organizations? Then you might also like my article on economic empowerment of women and the skills to succeed program.

Is LGBT equality on your agenda yet? And how do you make sure your workplace provides a safe and inclusive environment for everyone? If you would like to be part of the conversation, leave a comment below. If you want to know what you can do, do not hesitate to connect with me or the NGLCC. Interested in career opportunities in Inclusion & Diversity? Contact our recruiters.

The NGLCC is rapidly growing a network of affiliate chambers in many countries in for instance Latin America. At its annual conference, a growing number of procurement and supplier diversity professionals are connecting and looking for opportunities to collaborate in growing this network globally. NGLCC next annual conference will be in Palm Springs, California this year from 23 to 26 August.