A future-proof Chemelot site? Communication and cooperation are key

How will Chemelot become the safest, most sustainable and competitive chemical site in Western Europe?

If you've ever passed it, you must have been impressed by the sheer size of the location. The abundance of pipes, storage tanks, lights, and industry immediately leaves an imprint on your memory. On the Chemelot site in South Limburg, more than 80 companies work together to enhance their competitive edge while maintaining their license to operate and complying with legislative agreements. Being competitive means they aim to be the safest, most sustainable and competitive chemical site in Western Europe by 2025 and climate neutral by 2050.

Why has Chemelot—the largest chemical site in the Netherlands—such ambitious goals? How can they achieve those aims in energy-intensive process plants that have a big impact on the climate? We sat down and discussed this with Robert Claasen, former CEO of Chemelot. 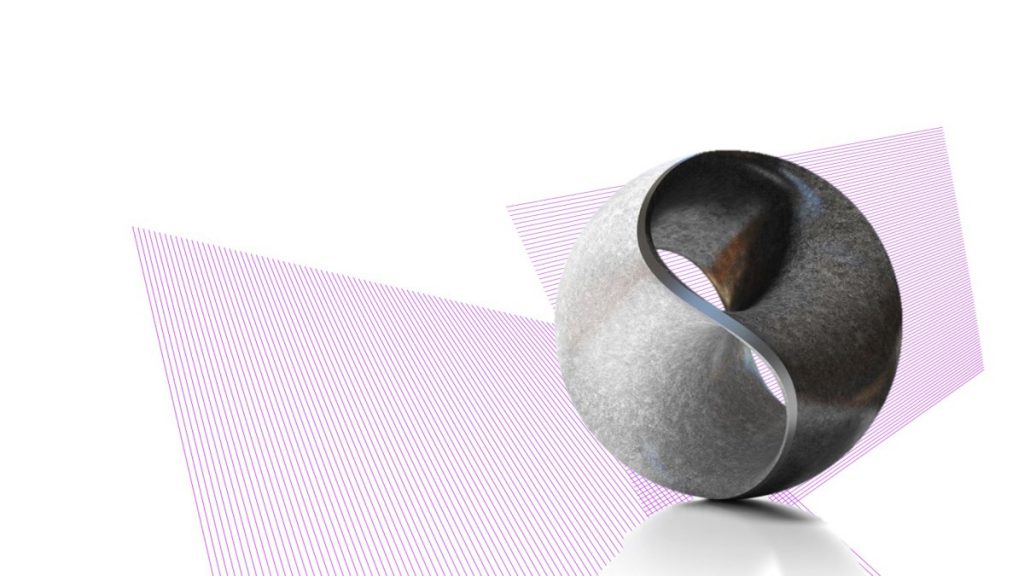 Connection with the direct environment is a prerequisite

Until 2000, the Chemelot site was monitored by DSM, the Dutch State Mines, and housed different chemical plants as a spin-off of the mining industry. In 2002, a part of the activities was transferred to SABIC. After that, the number of companies on the site increased to over 150. Among them are DSM Engineering Plastics, Engie, Air Liquide, OCI Nitrogen, Stork and RWE Generation NL. The name Chemelot isn’t coincidental. It's a combination of chemistry and lot, in the sense of location, and of course also alludes to Camelot, King Arthur’s mythical castle.

Chemelot is a special site. Due to its infrastructure, several companies on the premise are physically connected to each other, forming a true ecosystem. Chemelot is also already one of the most environmentally friendly chemical sites in Europe. That's partly the result of Chemelot’s management, which facilitates the connection of companies on the premises and coordinates integral supervisory permits, for example.

“We recognize the importance of the Paris Climate Agreement and see a huge potential for collaboration and innovation”, Robert asserts. He emphasizes that the purpose-driven approach is only possible when it’s taken in a socially responsible manner, in synergy with the quality of life and with safety. Chemelot is especially aware of its connection to its direct environment, which requires open communication with the plant’s surroundings.

Communication must be focused on transparency

Robert explains that Chemelot’s focus and communication have been internal for far too long. This has created a perception gap that is not uncommon for the chemical sector. That's one of the reasons why many consumers are not aware that things they use in their daily life—such as car parts or smartphone cases—have probably been are made at the Chemelot site.

“People also often don’t really understand what happens here”, Robert points out. “They see an active and large chemical complex and get worried. We must make people aware of our manufacturing processes. As a society, we all benefit from what happens at Chemelot. But the inhabitants of the cities around our site sometimes experience nuisance and wonder, for instance, why we burn gas in our torch installation. The truth is that burning this gas, which cannot be processed, is a safe method of ensuring that it does not end up in the environment. We cannot change the process, but if we inform people about why we do what we do, it will be easier for them to understand.”

"The light bulb wasn't invented in Eindhoven, but the cooling tower was invented in Geleen. Only few people know this."

Another example that showcases how Chemelot’s focus is internal is the ambiguous reputation that OCI Nitrogen's ammonia factories' cooling tower has, which is frequently visited by camera crews. Some citizens assume that the white clouds escaping from the tower are dangerous, while in reality, they can't do any harm. They consist of water vapor with the same composition as clouds in the sky. The water is used to remove the heat from the chemical process with a technology developed by DSM almost 100 years ago. Such success stories about process improvements can help to change people’s minds about what is going on here. 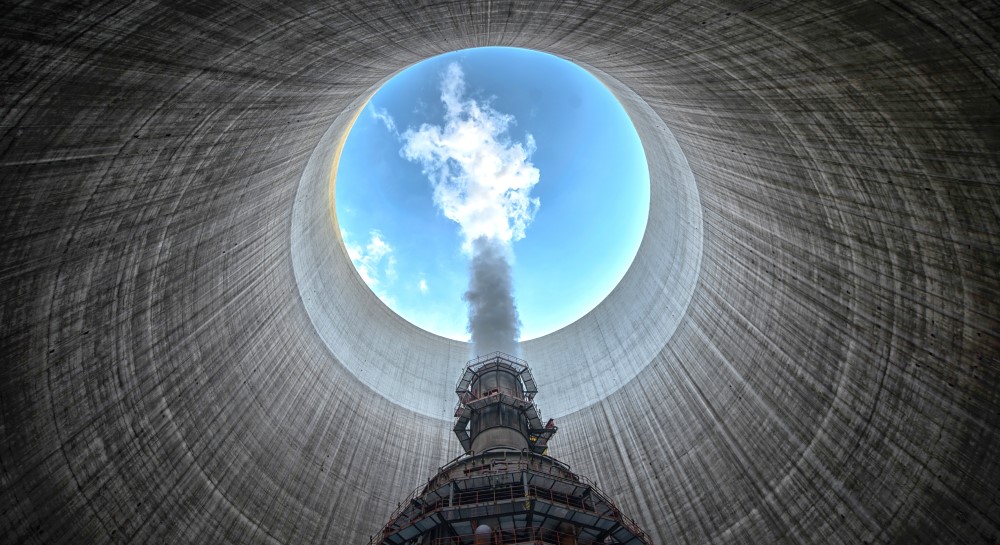 “We can learn from chemical sites in other parts of Europe when it comes to communication. We can use their transparency as examples of how we can improve our own communication, to increase people’s awareness and understanding of the operations at Chemelot,” Robert says. This is crucial for Chemelot’s license to operate.

The ambition to become more sustainable by, for example, introducing circular production methods, will also lead to an increased need for hosting more organizations at the site, and grow the number of truck movements to support inbound waste movements as feedstock for some of the production processes.

For new companies to settle on the site, good communication and perception management are crucial. Otherwise, the surrounding community might get the impression that more chemical activity will only lead to more pollution, noise, and smell.

How could DSM transform so successfully into a purpose-driven business?

How could DSM transform from a company that mined coal reserves to a science-based company active in nutrition, health and sustainable living? What sets them apart from the rest of the industry that allows them to transform so successfully?

Unique synergy between individual organizations on the Chemelot site

Companies like the Mitsui Chemicals Group from Japan and Ioniqa from the Netherlands are examples of organizations that support the ambition of Chemelot and have already started constructing new plants at the Chemelot location.

Robert explains: “Our acquisition team is actively looking for companies that align with our ambitions. Ioniqa is a good example: as a plastic recycling company, they will soon use a percentage of our residual flow as feedstock. We also started negotiations with 67 other companies, all because they fit into the long-term sustainability plan.”

"New companies at Chemelot will have to fit into the long-term ambition, have the desire to be part of our ecosystem."

All new companies on the site are required to sign the agreement in which Chemelot has formulated its purpose, just like the other companies on the site. The structure of the site ensures that they cooperate intensively. The synergy between the individual organizations and their will to work together to reach their joint environmental goals is unique. 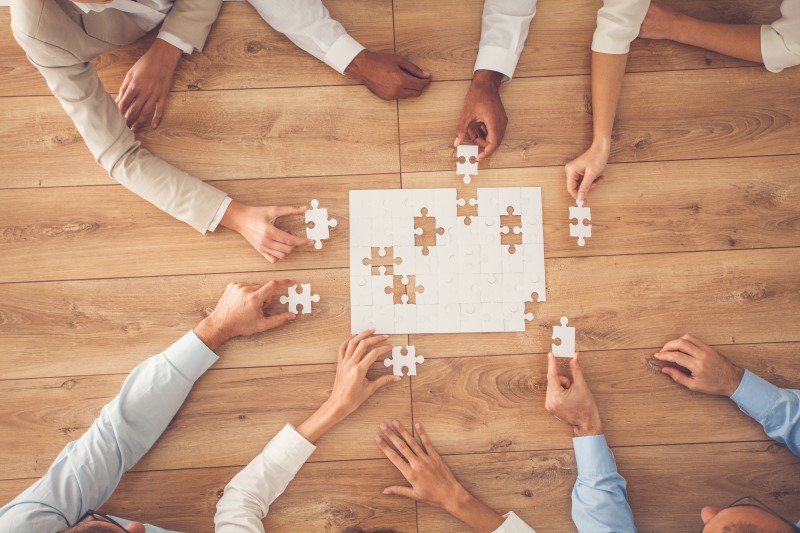 Robert explains: “All our business partners have to conform to our approach. Companies are not only figuratively, but sometimes also literally, connected. For instance, in 2018 we decided to shut down two-thirds of the plants due to safety reasons. The companies had to comply with that, whether they liked it or not.”

Having a leadership role at Chemelot means navigating this sensitive dialogue, covering both collaboration between companies and natural competition between those that are similar. It is a great place to explore the potential of ecosystem innovation.

"The Chemical industry has to open up and seek a discussion with its neighbors."

Safety is—of course—part of the current sustainability push, which the organizations within Chemelot can only improve in collaboration with external parties, such as the government and the public. According to the CEO, open dialogue with the government and the neighbors is needed to make all issues truly visible. "We have to ask ourselves tough questions, which will not make the debate easier. But friction creates warmth! And highlighting the issues is the first step to solving them. The involvement of all parties makes it possible to find effective and efficient solutions. You might get there faster alone, but together, we will get further", Robert asserts.

Robert is realistic about the speed of the transition toward sustainability. He is aware that Chemelot still has a long way to go but believes the company is currently on the right path. One that will help to strengthen its position as a competitive chemical site in Europe.

“The industry may have been a bit late when it comes to the energy transition. But we are clearly facing a shift if you look back and compare with two years ago. We have a 2050 vision, a plan to get there and we're making progress. However, we need to remain flexible and creative, because what is true today, may not be applicable tomorrow,” Robert argues. 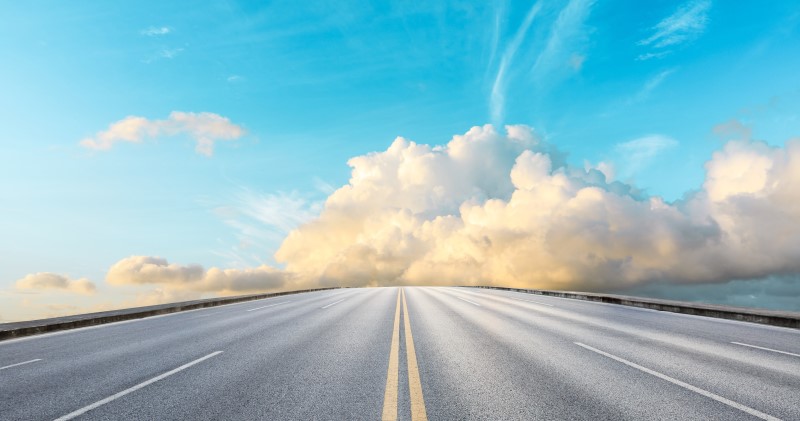 The CEO points out that in the end, the prerequisite for the transition is that it’s economically viable. To achieve that, both production processes and the manufactured products have to be innovated. The interdependences between the organizations at the Chemelot site create both strength and vulnerability. To keep their joint competitive edge, it is important that all production plants remain active and maintain their own license to operate.

"The chemical industry is an important base industry, with an innovative past. It's crucial for the Dutch economy, now and in the future. Our innovative capabilities can ensure our position as a world player in sustainable technology toward the future."

Chemelot feels supported by the Dutch Chemical Industry Association and the Ministry of Economics. It was involved in the Climate Agreement, which focuses on the chemical clusters and sets the regulatory framework for the upcoming transition. In Robert’s eyes, this is indispensable to create a healthy entrepreneurial climate in synergy with innovation and adequate legislation.

Purpose-driven business is a radical realignment, a new outlook on the way we create value. The opportunities for sustainable growth and change are huge – and nowhere more so than in the resources industry. Our choices about which opportunities we pursue today will shape our future.

At this moment, over 8,000 employees work on the Chemelot site. If everyone within the organization shares the same ambitions and enthusiasm about Chemelot’s purpose for safety, sustainability, and competition, it will speed up the transition and increase support in society.

currently work on the Chemelot site. 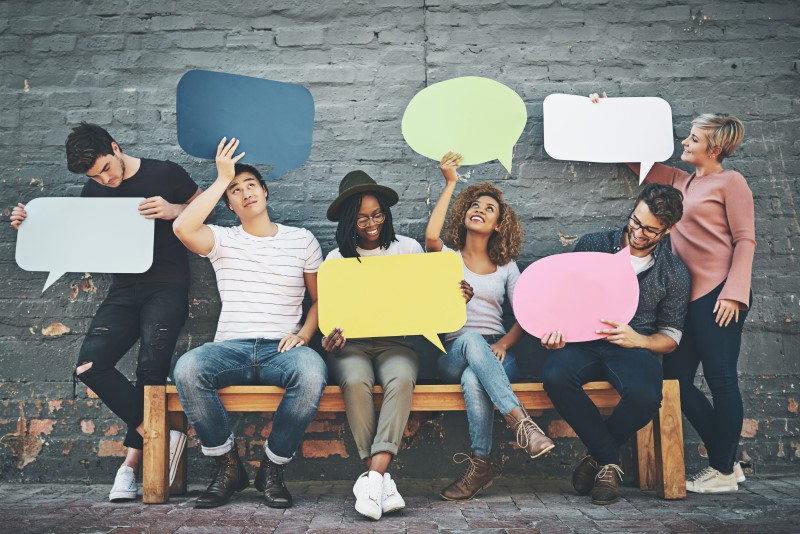 A clear voice to the outside world

Robert has recently announced that he will resign as CEO of Chemelot. He laid the foundation for the purpose-driven vision and put the 'train to sustainability' in motion.

In hindsight, the CEO regrets not having spent more time with the people, such as employees. But even more so, according to himself, he regrets not to having been more directly involved in the dialogue with the people living in the vicinity of Chemelot. Robert concludes: “It’s now time for a new CEO who shares the same ambitions for a sustainable future of Chemelot and will continue the path.”

Robert’s successor is Loek Radix. “It is important that the new CEO carries on with the purpose-driven mindset that has been established, and has a clear voice to the outside world. The task will be challenging, but it's a worthy challenge”.

"As an industry, we are part of society and part of the solution for a sustainable future. We have to break the perceived separation between industry and society."

The ingredients for success are already available. They need to be mixed with the will to get together, act and innovate. It will be interesting to sit down with the new CEO in a few years and discuss where they are on the road to sustainability, in order to see whether Chemelot has reached its goals.

Chemelot’s CEO Loek Radix reveals how he aims to realize Chemelot’s ambition of becoming the safest and most sustainable site. For this, he has focused on certain issues, such as safety, culture, and sustainability.

Adriana Begeer is a senior manager and Supply Chain and Operations Lead for the resources industry at Accenture.