EONIA and Euribor reform: ESTER is here to see you

For EU dominated contracts, reform is underway, transforming from the EONIA and Euribor benchmark rates. The deadline has been postponed to January 1, 2022, similar to the LIBOR reform deadline. To mitigate the myriad of risks arising from the switch, banks must initiate a transition plan. 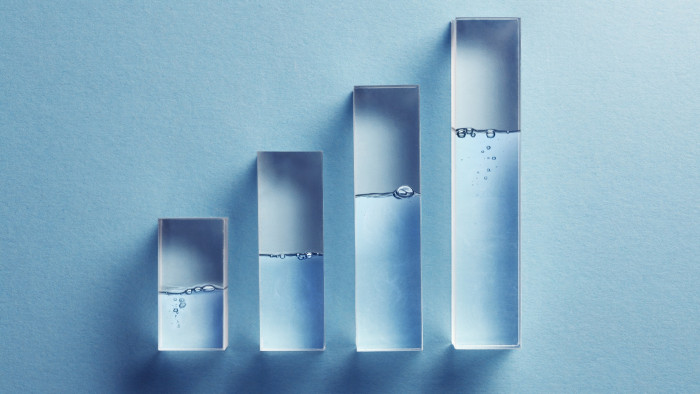 What happened and how did we end up here in the first place?

Get to know the basics

Rate-fixing scandals during the financial crisis have eroded market confidence in the widely used London Interbank Offered Rates (LIBOR). Financial authorities worldwide have responded by undertaking a series of initiatives to restore the governance and oversight of LIBOR for five currencies (USD, CHF, GBP, JPY, EUR). LIBOR won’t be supported by the FCA after 2021, moving dependencies to the alternative Secured Overnight Financing Rate (SOFR).

In Europe, a coexisting reform for two widely used interest rate benchmarks for euro-denominated contracts—the EONIA and the Euribor—are ongoing. Following the passing of the Benchmark Regulation (BMR) by the European Commission, the EONIA and Euribor would not have been BMR-compliant in case its provisions had come into full effect on January 1, 2020.

EONIA (European Overnight Index Average) is a weighted average of the interest rates on unsecured overnight lending transactions denominated in euros, as reported by a panel of contributing banks. It is mainly used in overnight interest swaps.

Euribor is the interbank lending rate at various maturities. Euribor-linked securities include retail mortgages and floating rate issuances—loans and bonds. Currently, about €22 trillion—or $25 trillion—of derivative contracts are tied to EONIA and approximately €109 trillion of derivative contracts are linked to the Euribor benchmark. Of those figures, €2.9 trillion EONIA-linked and €3.4 trillion Euribor-linked financial transactions are forecasted to remain outstanding on loans and securities by January 1, 2020, as shown below. The amount of exposure is less than the €32 trillion—or $36 trillion—to USD-LIBOR rates that are estimated to be outstanding by its transition deadline.

An industry-led working group (WG) has been tasked with reforming the EONIA and Euribor. EONIA will be replaced by ESTER (Euro Short-Term Rate, also called €STER), which is calculated on the wholesale euro unsecured overnight borrowing costs of euro area banks. While EONIA and ESTER are both unsecured rates, EONIA reflects lending costs in the interbank market, whereas ESTER is calculated on the borrowing cost of the wholesale market. ESTER is also based on more representative market data—a larger number of banks are contributing input data from the wholesale market that has a much higher transaction volume than the interbank market.

As for Euribor, its administrator, the European Money Markets Institute (EMMI), is leading the reform by developing a hybrid methodology that anchors the rate to transaction data whenever available. It only resorts to more subjective input sources—modeling techniques, panel bank’s judgment—when necessary. The hybrid method is currently in its second public consultation. During 2019, the Belgian Financial Services and Markets Authority (FSMA), the authority responsible for supervising Euribor, will assess whether the new methodology complies with the BMR.

EU institutions gave Euribor and EONIA providers until December 31, 2021 to comply with the new BMR requirements.

The EONIA/Euribor transition has a pressing deadline, similar to the one for the LIBOR transition. However, despite the need for urgency, the progress for EONIA/Euribor replacements appears to be lagging. For example, financial assets on the USD-LIBOR replacement rate already exist—such as the CME Group issues one- and three-month futures—whereas ESTER rates’ publication was originally expected on October 2, 2019. Note that pre-ESTER rates have been available since March 2017 for market participants to assess the suitability of the new rate. Pre-ESTER is calculated with the same methodology as ESTER, except that the input data revision is considered.

Given the challenging timeline of the creation and implementation of the new benchmarks, the working group requested an extension of the transition period of two years until January 1, 2022, which was granted in late February 2019. Despite the extension, it is vitally important for you to understand the challenges that you need to overcome and the mitigating steps that have to be taken at an early stage.

Challenges for a smooth transition

Banks are susceptible to legal and conduct risks when talking about legacy contracts. Existing fallback provisions are inadequate because they typically refer to the short-term unavailability of the benchmark rate, instead of its permanent discontinuation. For instance, the floating leg of floating-rate notes may become fixed by the common fallback provision.

The composition of financial contracts through which you are exposed to EONIA/Euribor determines the risks and effort required in the transition. For over-the-counter (OTC) derivatives, the International Swaps and Derivatives Association (ISDA) is developing a protocol for the transition. Given that OTC derivatives generally follow the ISDA’s Master Agreement, there will likely be widespread adoption of the final ISDA protocol, allowing for mass contract amendment with reduced effort. ISDA is now processing the results of the consultation round with more specific results expected in September. 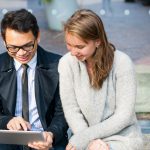 The finance organization is in a unique position to drive new value for its business stakeholders. A whopping 82 percent of CFOs are seeing measurable business ROI from digital finance investments.

In contrast, for bilateral and intra-group loans, banks may need to get unanimous lender consent. Such case-by-case negotiation by the deadline may not be feasible due to the sheer number of contracts. In addition to the cost of carrying out the negotiations, you also bear the cost of obtaining counterparty consent. This is because investors are likely to only agree to amendments to their contracts if the value of their position is not worsened. Furthermore, expect closer regulatory scrutiny on retail contracts to ensure consumer protection.

Reputational risks to your organization are just around the corner if amendments are unfavorable to retail clients. Similarly, you're facing the risk of incurring regulatory fines for misconduct, such as if communication to clients is inadequate. Across the eurozone, the varying levels of mortgage lending with a variable interest rate suggest that more mortgages in Portugal, Spain, and Ireland would be concerned by the transition than in Belgium, Germany or the Netherlands. The figure below shows the proportion of gross mortgage lending with a variable interest rate in the countries mentioned above, for a fixation period of up to one year.

Risks arise not only from the banks’ exposure via financial contracts but also from the processes in the form of operational risk. You need to develop yield curves based on the new benchmark rates, verify the robustness of pricing and valuation models under the new curves, and modify the documentation surrounding those processes. Additionally, upgrades on the technological platform for calculation and data management may also be required.

Transition effort is critical on whether the continued use of EONIA/Euribor is permissible, assuming the rates continued publication. Even in cases where banks are spared from legacy contract amendments, you must get a clear picture of your bank’s exposure to both rates.

You must get a clear picture of your bank’s exposure to both rates.

You can achieve this by creating an inventory of financial contracts linked to EONIA/Euribor, and a mapping of the operational exposure to the same rates. Only then can your bank get a good estimate of its exposure throughout the transition and aim for alignment of outcomes across asset classes and jurisdiction—for example, to minimize economic value transfer in related transactions across currencies. This task of forecasting should also incorporate the potential economic condition and evolution of the bank’s business in the next few years.

Besides that, you must also consider the implication from a tax and accounting perspective. For example, if interest payments or receipts are no longer deemed probable, then discontinuation of hedge accounting or reclassification may be needed. Business, finance and risk, and IT are among the bank’s most impacted functions. The transition roadmap needs a robust governance structure led by cross-functional implementation teams.

For successful market-wide adoption of the new benchmark rates, banks can help create liquidity by issuing and purchasing financial contracts referencing the new rates. Furthermore, engaging with other market participants, working groups, and trade associations to discuss best practices—as well as define fallback provisions and contract disclosures—will help you tremendously to get prepared in time.

Time to dress up for ESTER

Given that benchmarks are vital in facilitating the effective functioning of the internal market in a wide variety of financial instruments and services, all market participants are implicated. As uncertainty determines the best action plan, you should initiate an iterative transition effort. A first draft of the fallback language may allow for more discretion but should eventually be based on objective, measurable criteria to avoid disputes.

A wait-and-see attitude is not advisable for your meet-up with ESTER.

Just like real-life dates, a wait-and-see attitude is not advisable for your meet-up with ESTER. Action is needed due to the looming deadline, the volume of contracts that will remain outstanding, and the potential severe losses of poor transition management. Get prepared now.

Marnix Wezenbeek is a management consulting analyst at the Finance and Risk practice of Accenture Netherlands.