Babiche Veenendaal-Westerbrink is Managing Director Legal Services at Accenture the Netherlands, as well as a board member of the Global Corporate Citizenship-programme at Accenture worldwide. 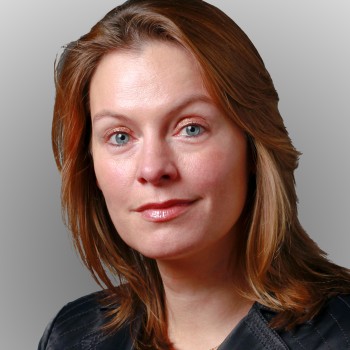 After Babiche finished her law study at the University of Amsterdam, she decided to write a book about the legal aspects of the Internet. As soon as the book was published, companies approached her for advice. No law firms were active on the internet at that time, so she started @Law. After 5 successful years, her start-up was sold to Clifford Chance. After having been a lawyer, she decided to join Accenture in July 2004. She has been part of the Legal Group in different roles. As a member of the Market Maker Legal team, we negotiated our $ 200M+ deals all over the world.

In her current role, she is responsible for the Complex Contracting teams in Scandinavia, Benelux & United Kingdom. Their mission today is to fully focus on adding value to the deals they support. A key priority is leading into the New. Her teams have developed themselves into experts in areas such as Blockchain, Artificial Intelligence, and the Internet of Things. While automation and Artificial Intelligence will change tomorrow's world in contracting, the skills they provide in deal shaping, negotiating and finding new solutions to old problems will be here to stay.