Accenture Japan held its second annual Cross Culture Day on August 17, 2020, bringing together a group of employees from Japan and around the world to lead a discussion about breaking down barriers. Part of Accenture's global inclusion and diversity initiatives, the event focused on the theme "Getting to Equal." This year, to keep everyone safe amidst the ongoing pandemic, the event went online as a panel discussion. And to help optimize inclusion, it was conducted in English with simultaneous translation to Japanese.

Building cross-cultural awareness is one of the four key areas of Accenture's Inclusion & Diversity policies, along with gender equality, access for persons with disabilities, and LGBTQ Pride. Japan's Cross Culture initiative began in 2006 and was reinforced in 2013 with the establishment of the Japan Cross Culture Committee. The initiative aims to promote respect for diverse cultures and optimize collaboration within the organization.

Given the events of 2020 in the US that have sparked global protests, cross-cultural awareness is front of mind, and this event is indicative of Accenture's global stand against racism and in favor of shared understanding. 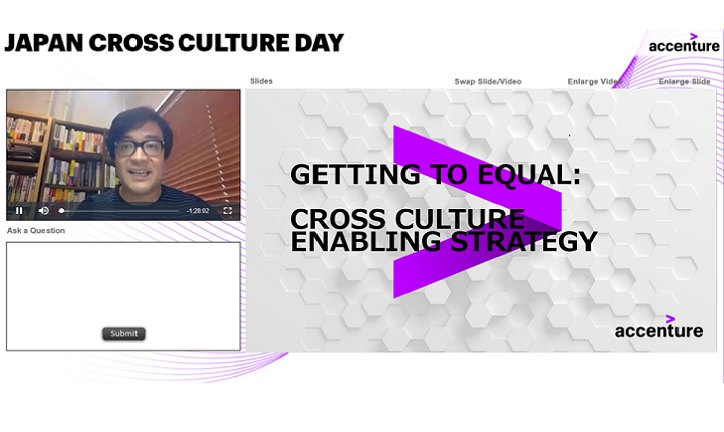 Managing Director Hirotaka Kawata, lead of Japan’s Cross-Cultural Diversity within Inclusion & Diversity, framed the event by quoting CEO Julie Sweet: "Our unwavering commitment to inclusion and diversity unleashes innovation and creates a culture where everyone feels they have equal opportunity." Kawata reviewed recent Accenture Japan research that indicates that cross-cultural diversity is not just a feel-good issue but also a business imperative. "We need cultural diversity to innovate and grow the business," he said, then referring to a study by the Harvard Business Review that links diversity to innovation. He also spoke of the opportunity for Accenture Japan to grow the business by collaborating with talented people from the rapidly growing worldwide Accenture workforce to serve clients in Japan. 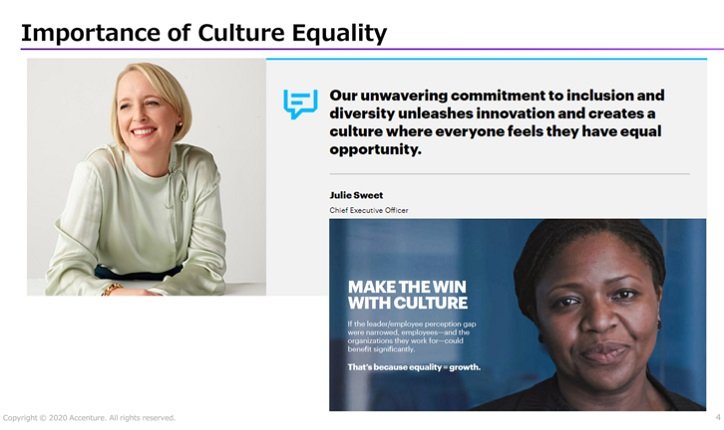 A key goal is improving cross-cultural awareness to optimize collaboration. Kawata pointed out that the percentage of non-native Japanese-speaking employees at Accenture Japan is now about 11%, and that due to the global nature of Accenture's business, many employees are engaged in collaboration with colleagues worldwide. He emphasized that cross-cultural awareness is very much a two-way street. While non-native Japanese-speaking employees need to strengthen their ability to participate fully in projects with their Japanese colleagues, Japanese employees need to learn to work more closely with international colleagues in Japan and around the world. 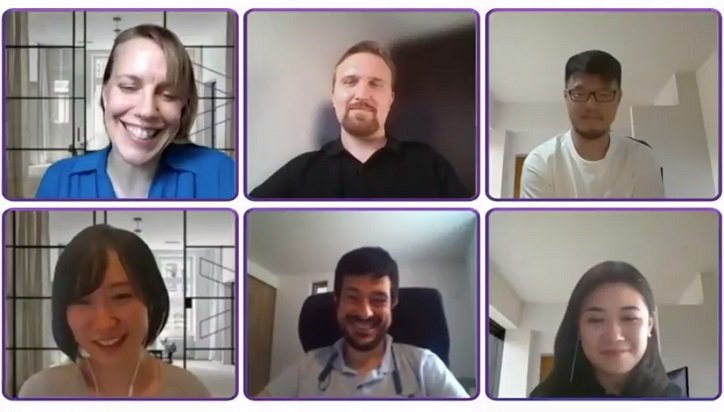 In the interactive portion of the event, Managing Director Gwyneth Lloyd-Jones introduced the panel, making the point that nationality does not equal culture. She explained that, although she holds an American passport, she was born and raised in Japan and considers herself very much Japanese.

The panelists were Renge Ohta, a Strategy & Consulting Manager who studied in the Philippines; Guillaume Barroux, a Technology Consultant from France; Phillip Cheng, a Strategy & Consulting Consultant from Australia; Mana Sato, a Health ＆ Public Service Analyst who earned her MA in the UK; and Daniel Harlow, a Technology Manager from the UK. Each spoke about their personal and professional background and their experiences thus far working at Accenture. Senior Manager Yuji Shizume, who grew up in the US and now works with Accenture Japan clients interested in international expansion, led the panel discussion.

The focus was on experiences of diversity and inclusion within Accenture, support available for native and non-native Japanese-speaking employees, and the potential for further increasing cross-cultural diversity going forward. 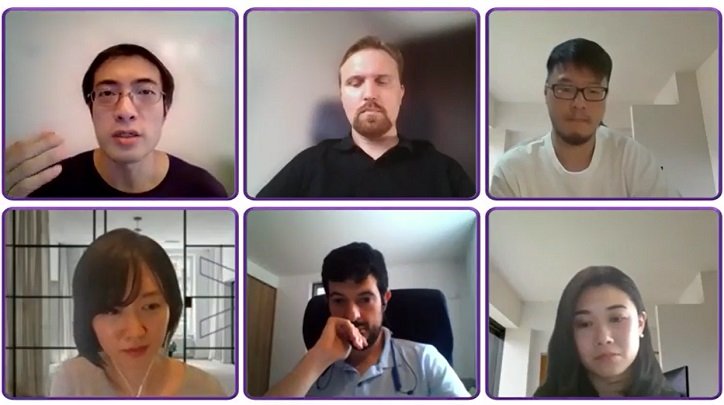 The panel was asked to share experiences at Accenture related to inclusion and diversity.

Harlow described one of his recent experiences of culture shock. He was thrown into a highly competitive training session for new hires and found himself to be the weak link in his team. He commented, "Although a lack of language skills was part of what held me back, another factor was a gap in perception as to what is atarimae, which is Japanese for ‘shared common sense.’" Having now lived in Japan for 16 years and worked for Accenture for 3 years, he is much more capable linguistically but still encounters issues relating to atarimae from time to time. He also noted that he always goes out of his way to use some Japanese on calls that are conducted mainly in English, in order to make speakers who may be uncomfortable contributing in English more comfortable in sharing their thoughts and opinions.

Speaking the same language does not in itself ensure being on the same wavelength. Sato commented that she often works with non-native Japanese-speaking colleagues in Japanese and sometimes wonders if something is being lost in cultural translation. "There is a lot implied in spoken Japanese that isn't always made explicit, and understanding depends on cultural context that may not be shared," she observed. For example, when an assignment is urgent, it may seem clear to Japanese that it needs to be completed by the next morning, but it's important to actually say so in order to bridge cultures and communicate effectively between native and non-native Japanese speakers.

The next point of focus was cross-cultural support—for everyone.

With some 1,600 non-Japanese people working for Accenture Japan, the environment is very much multicultural. Barroux made the point that cross-cultural communication should not be divided into only Japanese nationals and foreigners, since even among foreigners there is a wide diversity of mind-sets and communication styles. He said, "In this world, there are just so many different communities, so many different cultures." He concluded that the best way to support colleagues is to give them clear feedback, adding, "I think that's exactly when this Accenture concept of thinking straight and talking straight comes into play."

Ohta recognizes the need for team members to support each other. She said "I'm interested in participating in cross-cultural programs because I'm never sure whether my work and communication style really suit my global colleagues." She emphasized the importance of person-to-person communication, noting that when misunderstandings happen, she reaches out to resolve the issue privately and is careful not to embarrass others by discussing problems in email threads. "I make a point of being available for extensive one-to-one consultations at the beginning of a project in order to make sure everyone on the team understands and trusts one another."

Creating closer ties with the global Accenture community may be a big part of the answer.
Cheng mentioned that he has taken advantage of Accenture's Global Mentorship Program, seeking the advice of an Italian colleague currently working in Australia. He said, " I find it very helpful to get a fresh perspective on such issues as introducing new Accenture practices originating outside Japan and overcoming skepticism from colleagues about what will and won't work in Japan." Online audience members interested in this program asked for more information, and Kawata explained how to leverage Accenture digital tools to encourage contact from colleagues around the world.

Cross-cultural diversity training is being built into the Accenture Japan organization. Kawata described programs being developed at Accenture Japan to heighten cross-cultural awareness. One example is Cross Culture 101, which focuses on issues such as the gap between Japanese, a language in which messages tend to be reliant on a variety of cultural cues, and English, a language which tends to encourage "straight talk." He also discussed programs for non-Japanese-native employees, such as Japanese Culture 101 and Japanese Business 102, as well as a full slate of events and programs due to be rolled out in the next two fiscal years.


Currently, Accenture Japan employees represent over 30 nationalities. This mix of backgrounds is a source of fresh innovation, but differences in thinking and value systems also present a risk of misunderstanding and missteps. To help turn diversity into value, Accenture offers a range of training opportunities to help employees appreciate each other’s unique strengths. In addition to such awareness-raising initiatives, the company is committed to pursuing equality through a cross-cultural perspective in all its activities, from recruitment to assignment and evaluation.

Shizume summarized one of the key takeaways of the event by saying, "I don't think there is a shortcut to understanding cross culture," and he emphasized the need to keep communication channels open. In closing out the meeting, Kawata echoed this sentiment, observing that it's not enough to say one’s office door is open. Rather, it's essential to be proactive in reaching out to others, particularly those from different cultures, and to make sure people are comfortable in their work and workplaces.

The event was a great success. Especially during a pandemic, it's important for people to get together and share their ideas. It is hoped that this event helped deepen everyone’s appreciation of the importance of cross-cultural awareness, and that will be possible next year to reconvene face-to-face!