Pivot to the Future 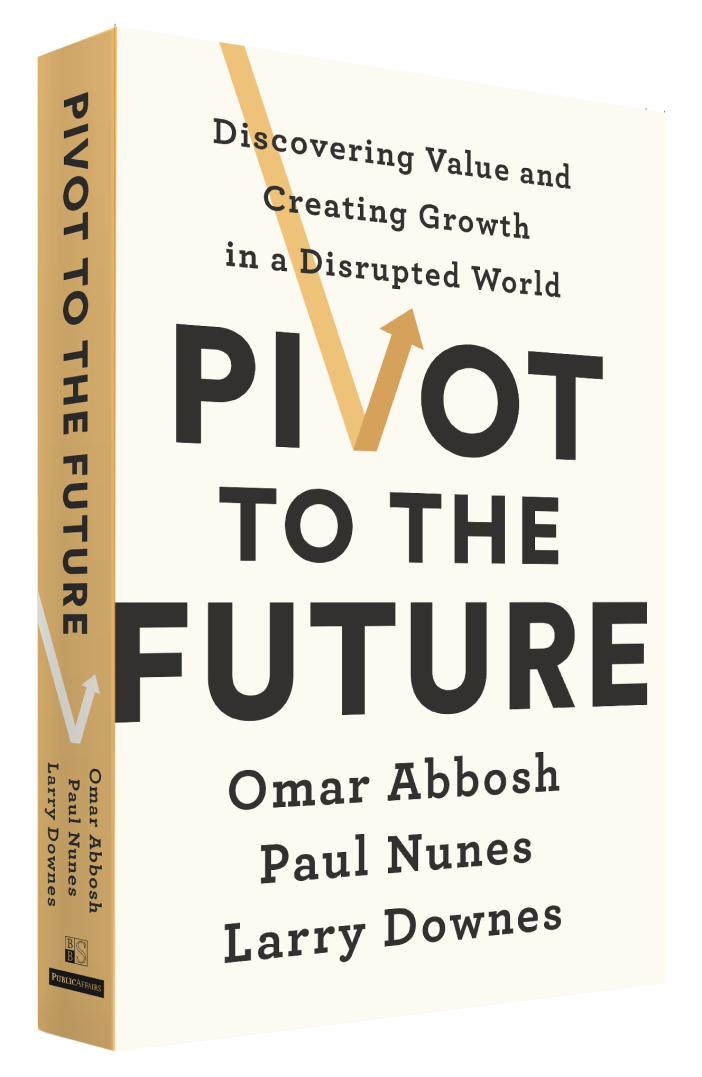 “Pivot to the Future” candidly reveals how, professional services giant, Accenture courageously reinvented itself. In the face of massive changes it pioneered the practice of the #WisePivot, and doubled its market cap in just five years to more than $100 billion.

This book is much more than the story of Accenture. It’s a story built on Accenture’s real-world client work and its rigorous multiyear study of thousands of businesses across 30 industries. It includes numerous case studies that show how some of the world’s most prestigious companies are reinventing themselves. “Pivot to the Future” explains how to continuously invest across all three stages of the business lifecycle; the old, the now and the new. It is for leaders who are courageous enough to turn the threats of today and tomorrow into sustainable growth, and who understand that the wise pivot strategy is not a one-time event, but a commitment to a future of perpetual reinvention. 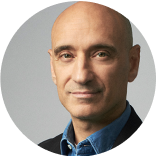 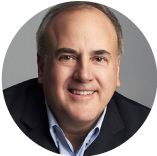 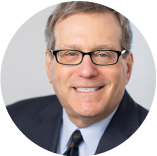 The Wise Pivot
From Constant Disruption to Continuous Reinvention

The Wise Pivot
From Constant Disruption to Continuous Reinvention 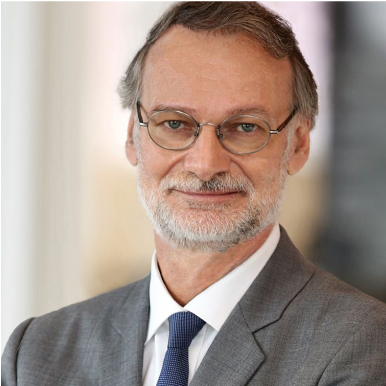 In memory of our former chairman and chief executive officer, Pierre Nanterme (1959–2019). He was a dear friend, boss, mentor, partner, sounding board, sponsor, coach, and team captain to so many of us at Accenture. He repeatedly broke through the boundaries of status quo. He taught us how to think differently. And, most importantly, he showed us what we could be.

To honor Pierre’s legacy, we are donating our net royalties from the sales of this book to the Hôpital Européen Georges-Pompidou.

Continual improvements in digital and related technologies are creating value faster than companies, industries and society can absorb it. This is a kind of potential energy called trapped value. Targeting and releasing trapped value is the beginning of a new approach to strategic planning the authors call the “wise pivot.”

Before engaging in a wise pivot, it’s important to understand the mistakes that can stop companies from recognizing and releasing trapped value. The authors call these mistakes the seven wrong turns. They include making the company too lean, creating a capital structure built to fail, losing one’s head, managing to Wall Street, relying on luck, serving regulators rather than customers, and anticipating customers who aren’t likely to show up.

The authors present seven new strategic options with many examples. Some are companies that Accenture has worked with directly. Other examples are from a detailed research study (1,000 companies/12 industries) of the leaders’ winning ways.

Between late 2014 and 2018, Accenture’s market value doubled, reflecting the creation of $50 billion in new value. Given accelerating disruption and the growth of trapped value, instead of transforming companies must pivot, and do so repeatedly in order to evolve from today’s core business to tomorrow’s, and the one after that.

The Old, Now and New

A wise innovation pivot requires leaders to review and adjust their portfolios to change the shape, speed, and trajectory of pivots. One of the keys here is to concentrate innovation capabilities under a strong leadership team, with dedicated investment and defined innovation roles and responsibilities. This enables companies to embed innovation into their corporate DNA. Done right, innovation isn’t something they do. It’s something they are.

No company successfully pivots without a massive investment in the new. This requires changing commitments and allocations to capital assets across three levers: fixed assets, working capital, and human skills. Rather than following the money, companies must put it to work creating a brave new future.

For a successful people pivot, organizations must adjust the way they approach hiring and retaining talent. This includes leadership — the people pivot doesn’t just apply to the “troops.” It includes having the right combination of leaders across all three stages, and being open to contributions from talent sources well outside the confines of executives’ own offices. The wild card here is artificial intelligence (AI). The future is likely to be one in which employees and technology work together in new ways. We’ll still need people, albeit with new, different and constantly-evolving skills. 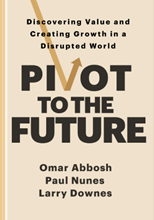 Pivot to the Future

Brave enough to disrupt?
Listen to co-hosts Omar Abbosh and will.i.am as they break it down with courageous leaders who are not afraid to continuously reinvent.

Now available wherever you get your podcasts

Brief description: Imagine a health care system that's so good, you might not need to go to the hospital. That's the vision of the late Bernard Tyson, former chairman and CEO, Kaiser Permanente. Find out how the company is harnessing technology to bring health care right to your home. And why investing in preventative care not only creates stronger communities, it drives down costs for everyone.

As the uber-connected mastermind behind large-scale social media startups, Reid Hoffman reveals what it’s like to sell a business to Microsoft for $26 billion, and his view of where the next big pivots will occur. The co-founder and former executive chairman of LinkedIn is now investing in artificial intelligence, autonomous vehicles and cryptocurrency. This entrepreneur’s best advice: always be kind, because it’s never true that it’s “just business” – and he explains why to him, it must always be personal.

Wisely Pivoting to Corner the Retail Pharmacy Market
For Walgreens Boots Alliance (WBA), it’s about totally reinventing from the inside out to thrive amid a rapidly changing retail pharmacy market. Using data to reduce the manual workload and unlock trapped value the company is building worldwide neighborhood healthcare destinations. Listen in as WBA Co-COO Alex Gourlay discusses the company’s vision and strategy with Accenture’s Omar Abbosh.

In this episode will.i.am and Omar examine the story of Schneider Electric - one of Europe's oldest companies and how, through the leadership of its CEO Jean-Pascal Tricoire, it continues to grow and innovate. Schneider has transformed itself from a steel manufacturer into a software and hardware company whose goal is to lower carbon emissions and energy costs for the entire planet. How has Schneider survived from the dawn of the industrial revolution to today? Jean-Pascal shares why he believes the only real job a CEO has is building the very best teams.

In episode 1 our hosts reflect on their own pivots. will.i.am opens up about transforming The Black Eyed Peas and its business model as well as his biggest pivot — becoming a tech entrepreneur, with investments ranging from imaging technology to artificial intelligence. Omar talks about how his work with top companies led to the insights behind his co-authored new book, "Pivot to the Future," and how those insights have been applied in his life and at Accenture. They also discuss the “wise pivot” — making calculated moves that really pay off.

PRAISE FOR
“PIVOT TO THE FUTURE”

“Omar and the team at Accenture have written a wonderful book that outlines what it takes to succeed in a world changed— and super-charged—by technology-based disruption.”

“In Pivot to the Future, Omar Abbosh and his coauthors make a powerful case that successful innovation is a long-term game that requires constant pivots to evolve and change. Pivot to the Future will excite, energize, and empower leaders, helping them innovate intelligently, keep moving forward, and always be future-ready.”

“For any of us who are trying to build long-standing, sustainable businesses — which is hard — the most important thing is to listen carefully to what your customers want from you and then move quickly to innovate to improve the customer experience. Omar and his colleagues provide practical information and real-world examples that will be useful to companies looking to embrace change and adopt strategies and technologies to keep reinventing and iterating their customer experiences.”

“We all face disruptive transformations fueled by digital technologies. Pivot to the Future: Discovering Value and Creating Growth in a Disrupted World is an invaluable testimony on how Accenture very successfully transformed and adapted. It takes more than a new strategy, it takes a new approach to strategy. It is a well-structured guide on how to ‘wisely’ pivot a business towards new opportunities in the digital age and definitely a must-read.”

“The ‘wise pivot’ concept is a powerful framework that can shape top leadership teams’ decisions around digital strategies and new operating models. With the help of Omar, we used that framework to develop a digital strategy that strikes the balance between growing our core business and shaping new ways of operating.”

See how we embarked on our own massive reskilling as part of a strategic pivot to a "digital-first" future...Read

Don’t Pivot Away From Your Old Businesses, Pivot Around Them

Digital-first strategies can not only give you a jump on disruption but also breathe new life into old businesses and enable you to seize new opportunities in existing businesses...Read

5G’s Potential, and Why Businesses Should Start Preparing for It

by Omar Abbosh and Larry Downes

What Sets the Most Effective Innovators Apart

Incumbents and start-ups around the world collectively spend hundreds of millions of dollars per year on innovation-related activities...Read

How Corporate Leaders Can Ride the Wave of Disruptions

The latest trends and developments across the 11 sectors of the S&P 500.

How to Unlock Trapped Value in your Organization

A new playbook for business reinvention

Sought-after speaker and author on developing business strategies in an age of accelerating technological disruption. 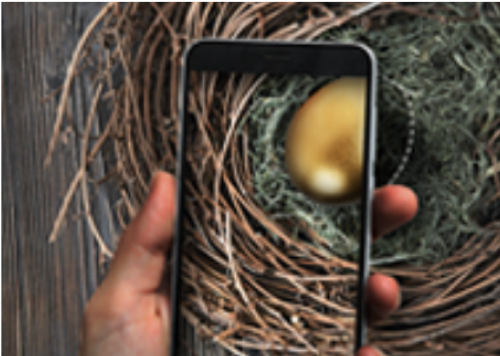 Learn how high-growth companies we surveyed are turning innovation investments into value with success, from the characteristics they have in common to their distinct approach to innovation. 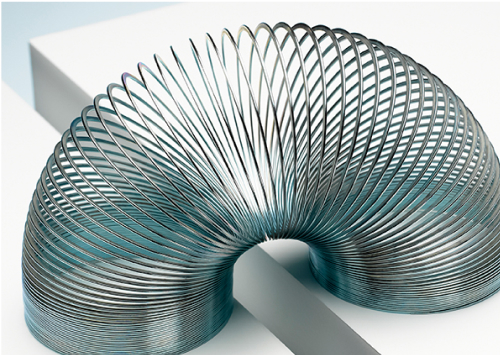 Make your Wise Pivot to the New

How leading companies invest and innovate to harness the power of disruption. 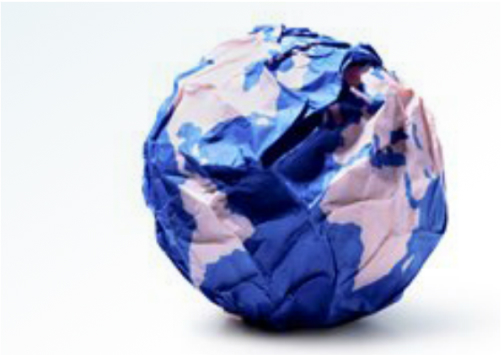 Discover when disruption will impact your industry and how to confidently rotate to the new. 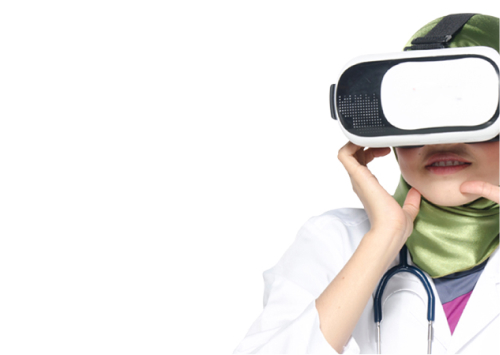 Help your business be future proof

To pivot the business for growth understand and be ready to embrace the future possibilities. 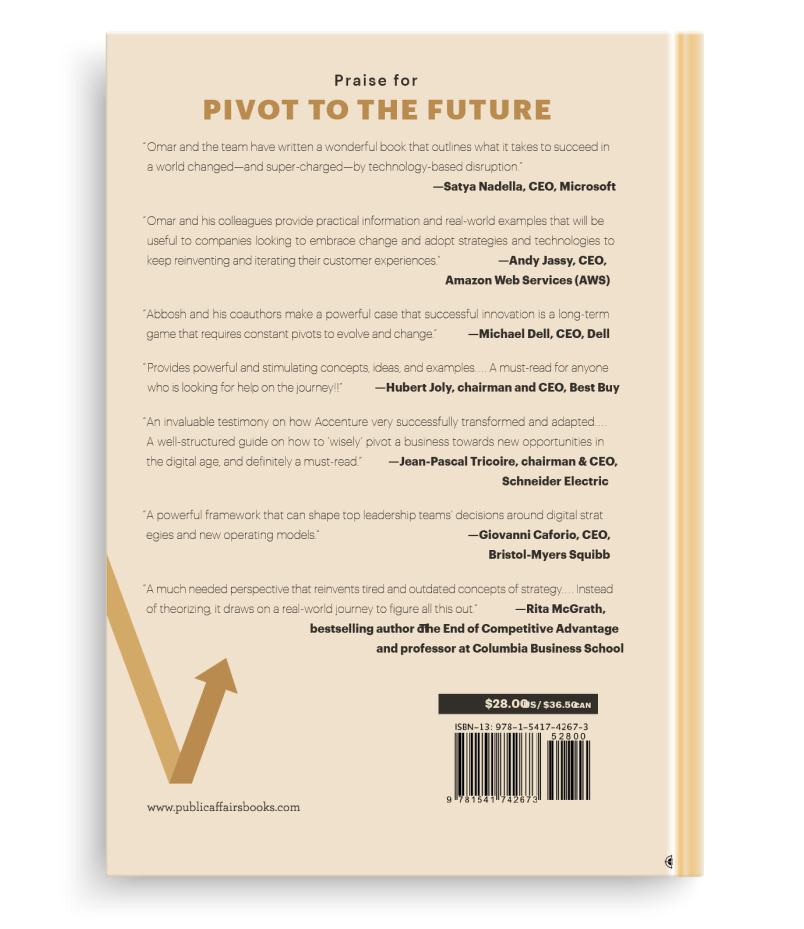