Hans Ramaekers joined Accenture in 1992 as a graduate to work for what was then the Government Operating Group. Three years later he entered the world of politics and regional business in his native Limburg. 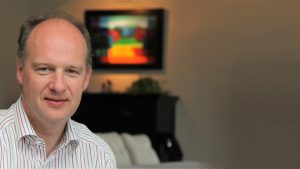 After returning for two years to Accenture, he left again to deepen his commitment to public services, currently as CEO of ZMK Hospital.

What attracted you to Accenture as a graduate?

Management Consulting interested me and Accenture offered a great career opportunity, also the chance to work in an international environment.

Do you have any strong memories of Accenture?

In terms of projects, it has to be the restructuring of the Flemish Community Ministry, during which I worked for different departments including Environment and Spatial Planning. I gained skills at Accenture that I still use today, such as time management and organization of work, plus experience in reengineering processes/organizational units. In general, I remember lots of interesting colleagues and friends. Over the years I’ve lost track of most of them, but I recently rejoined the Alumni network so I’m looking forward to catching up with them more often!

You first left Accenture to become an advisor to VKW Limburg and the CVP party (now CD&V). What inspired this move?

Being able to make a difference to entrepreneurs and businesses in my native Limburg was a definitely an attraction. I also became politically engaged at that time and VKW provided a link between my professional and political interests. From a personal point of view, I was able to build a valuable network of contacts during that period.

What led you to return to Accenture?

I ran for the Flemish Parliament elections in 1999 but failed to win a seat. As a result, I had to re-orientate my career so I returned to my ‘first love’. This time, my role was to set up a proposal center to support the writing and design of business proposals in Europe, similar to the proposal centers already in place in the US.

A new challenge tempted you away from Accenture a second time…

In 2000, I got married and returned to live in Oplabbeek, the village where I was born. ZMK Hospital is located right next door to my home, so the opportunity to become CEO was something I couldn’t refuse! Although I did not have specific experience in managing a hospital, I was able to adjust quickly and make it a success story: transforming an almost bankrupt hospital into a profitable ‘future proof’ organization. After 10 years at ZMK, I became CEO of AZ Turnhout, a large hospital in the province of Antwerp, but within two years I returned home to become secretary of the OCMW in Oplabbeek. This was an explicit decision, so that I could spend more time with my family and contribute to the care of the poor and the elderly in my hometown.

Since late 2016, you are again CEO of ZMK. Your return coincides with an ambitious building project. What makes it innovative?

The new hospital, designed by Dutch architects, will open its doors in September 2017. It is the first low-rise hospital in Flanders. This innovative concept consists of several separate, architecturally distinct buildings connected by footbridges: a so-called ‘hot floor’ (operating rooms, ER, Intensive Care…), an office building (administration, polyclinic…), accommodation block (mostly nursing wards), a ‘factory’ (supporting services such as pharmacy, lab, kitchen…) and a central reception area. The concept is cheaper to build than a traditional hospital and highly efficient to operate and use.

How will digital technologies impact healthcare provision in the future?

Like all other sectors, healthcare is facing digital disruption. Industry leaders across health insurers, hospitals and the pharmaceutical industry are all seeing major shifts in how care is being delivered. At its best, I think digital technology will bridge the time, distance and expectation gaps between patients and clinicians in ways that were never possible before. However, not at the expense of the human touch (at least not in the first few decades ahead!).