From a carpentry apprenticeship to a reconnaissance role in the Australian Army to a consultant working on public service projects with Accenture in Canberra, James Leane’s career has taken a few turns.

When I first left school in 2010, it was the midst of the Global Financial Crisis (GFC). I started an apprenticeship in carpentry, but it really wasn’t a good time to be in a trade, so I found my way into the army. For six years, I was a cavalryman working in reconnaissance roles, before I left to study economics and IT at Monash University. 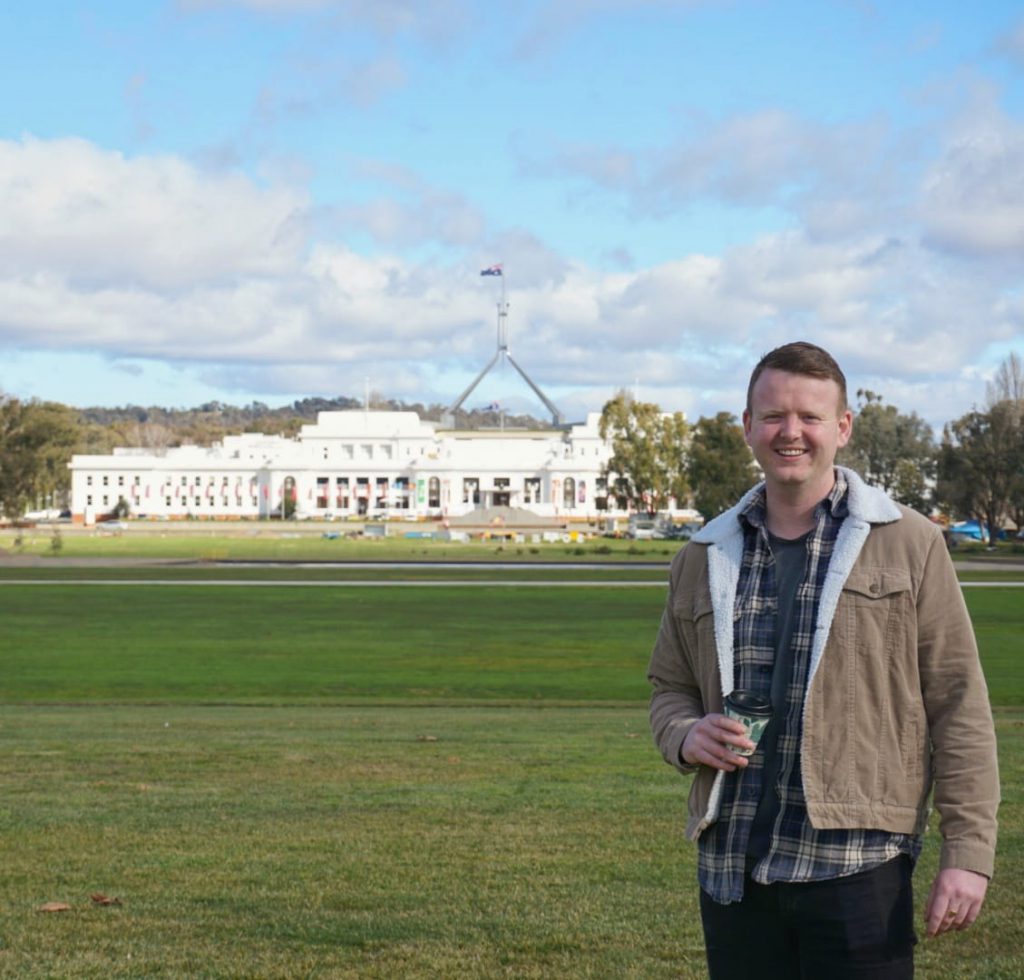 Outside the Parliament House

How army life prepares you for consulting
In the army, a lot of my time was spent in reconnaissance roles. It was all about giving advice and suggestions, and there’s a lot of parallels to consulting. I got used to not having all the facts and situations being uncertain, so just making do with what you have to make a decision, and being flexible to adapt if the situation changes. You also build a lot of skills when it comes to talking to people and working out who to speak to so you can get the information you need.

These skills have all translated well to my consulting career. As well as research and problem solving skills, I also like consulting for the diversity and variety of the work. Having ADHD, any job that’s highly repetitive isn’t working to my strengths.

As part of the Accenture Public Service team, no two days are the same. Working on big government projects, like our current aged care funding reform project, means there’s always a lot of moving parts. There’s the opportunity to get involved in different bits and pieces of the project, with my role encompassing a wide range of tasks like service design, system design, ensuring policy is being correctly applied, and training.

Working as a consultant, rather than in-house, I think you get a lot more exposure to the big picture of a project. Especially working with public service clients, we get to sit outside the government hierarchy somewhat and be involved in a variety of elements. Plus, it’s pretty cool when you’re working on something and you hear it being announced in the media. I had previously had the perception of public service work being very administrative, but there are really exciting projects going on in government that we get to be a part of.

Unlike the army though, working at Accenture gives me a lot more flexibility to make suggestions. It’s the kind of place that if you have an idea and are motivated, you can find someone to support you to do it. In addition, working at Accenture gives me the best of both worlds – we’re able to access all the resources, learning platforms and experiences that being part of a large organization like Accenture enables, while maintaining that small company vibe. Here in Canberra, we’re a small, tight-knit team where you’re as much friends with the MD as you are with the grads.

Even during COVID and working from home, the team has made a big effort to stay connected with the usual daily calls, as well as little challenges. My standout one has been creating your favourite Olympic moment – my partner Chelsea really got into this one too, and we were out in the backyard with her holding a blue tarp as the pool while I was in swimming cap and goggles as Ian Thorpe!

I’m also part of the Accenture ANZ Veterans Network, one of our inclusion and diversity initiatives. I’m the Operations Lead for the network and am responsible for the metrics, reporting and onboarding of new members. I’m the only committee member outside of our Defence and Industry Group, so I advocate for veterans outside the defence environment, helping to highlight their skills in a broader business context. I’m looking forward to seeing how the Veterans Network grows and the opportunities we can create. From a personal perspective, getting involved has been a great way to meet people outside my service line and get a deeper understanding of what Accenture can offer. 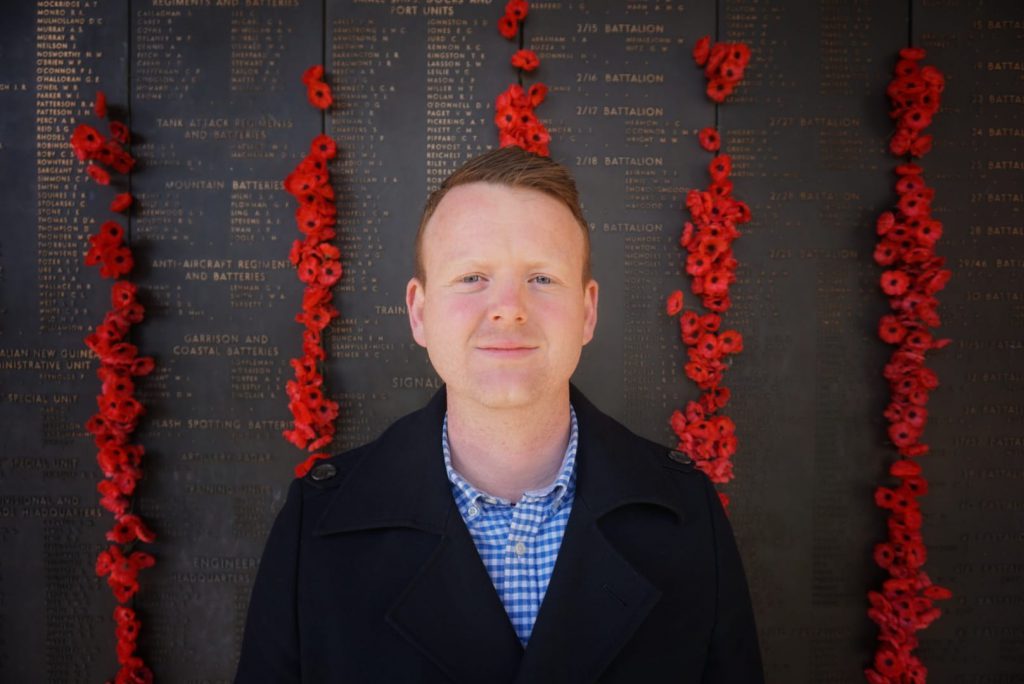 At the war memorial

Canberra offers lifestyle benefits too
As well as interesting work, Canberra has also proven to be a great place to live. I came to Canberra at the start of 2020, straight into a pretty intense bushfire season! My best mate that I’d been through recruitment training in the army was living here and I was ready for a change from Melbourne, where I grew up.

Canberra offers a relaxed lifestyle, with less traffic than places like Melbourne, as well as great access to the outdoors. There are so many trails to get out with the dogs, and of course, we’re close to the mountains for skiing. (Although, COVID cut the season short this year and I didn’t make it!) The beaches of the south coast of NSW are also an easy drive away.

The nightlife is also a lot more active and diverse than lots of people think. When I first visited Canberra on a rugby trip in around 2009, there wasn’t much of note. But now the food scene has exploded with loads of new restaurants and cafes, as well as the great wineries and craft breweries. Everything is relatively close and it doesn’t take long to get around.

Whether you’re early or late in your career, I’d really recommend a move to Canberra. There’s plenty of interesting work and a lot of opportunities that I think would surprise a lot of people.

Are you looking for an opportunity to do work that impacts the lives of Australian citizens? Accenture’s Public Service team in Canberra has a range of openings at all levels.

I’m a Management Consultant who loves rugby and getting out with my French mastiff and border collie, as well as helping clients to solve problems. 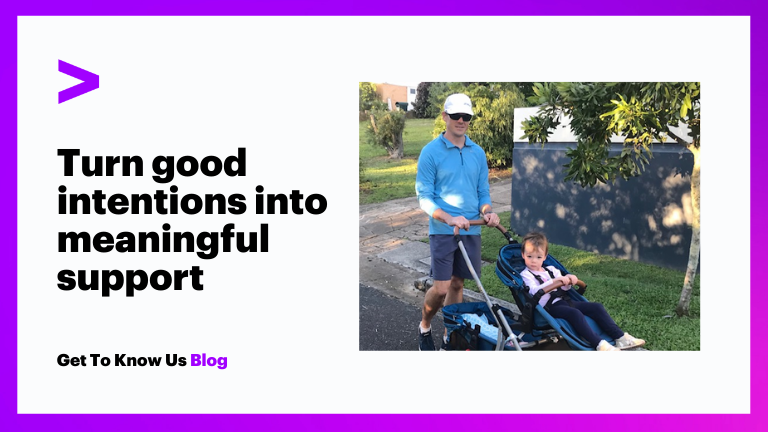 Accenture's Disability Inclusion Lead, Nathan Kirby, talks about being discharged from the Defence Force and what it's like living with chronic pain. Read more. 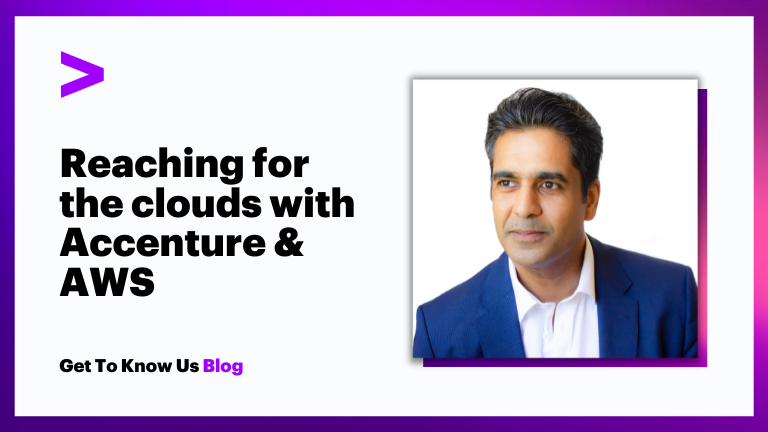 Reaching for the clouds with Accenture and AWS

Our Sudesh Shah shares his story about what do cloud opportunities look like with our Accenture AWS Business Group. Read more. 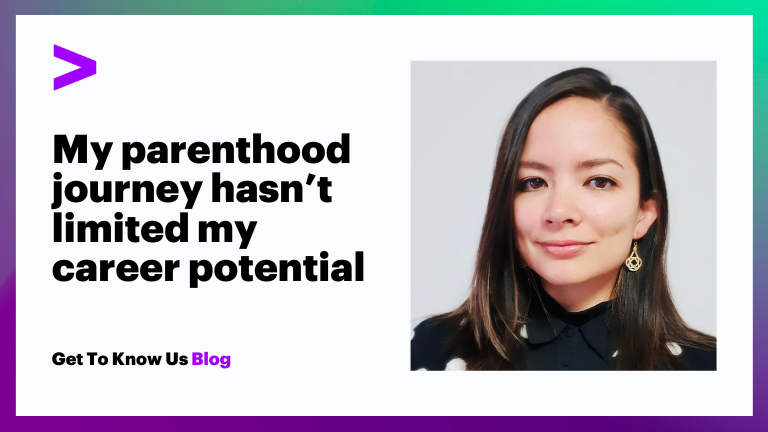 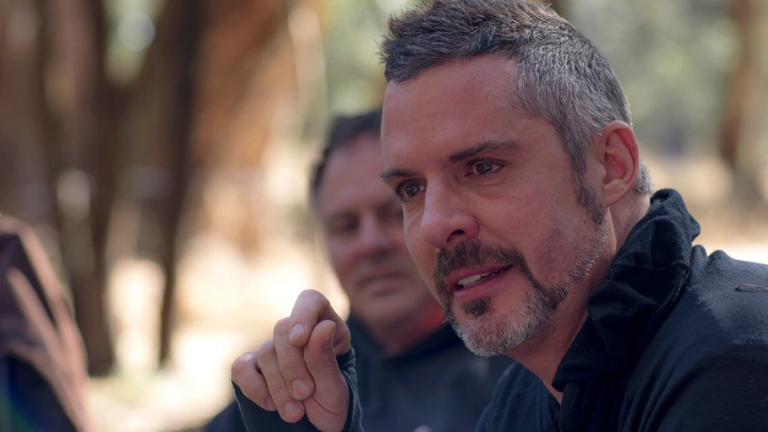 Accenture's Carter McNabb shares how polyvagal theory helps him be a better leader as we always support and prioritize mental wellness at work. Read more. 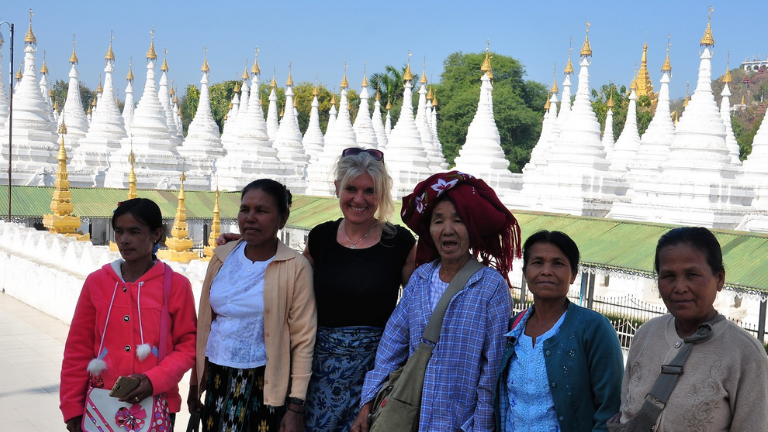 Making a difference with Accenture

Accenture's Sigrun Kaempfer secondment with BCA, as well as volunteering to help Afghan refugees that have impacted hundreds of lives. Read more. 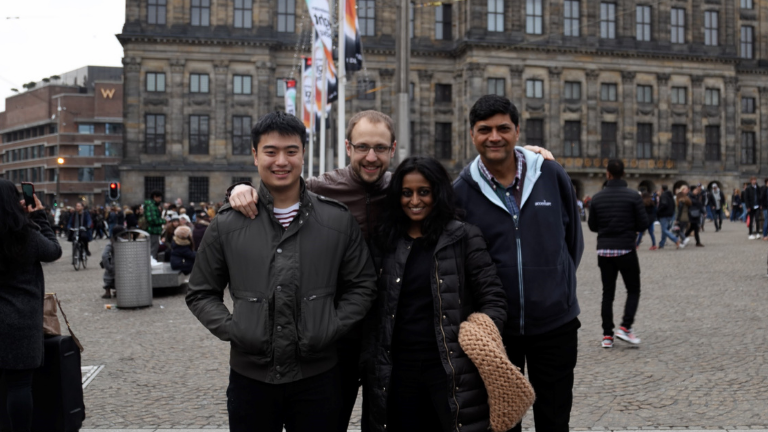 Three lessons from working across three countries with Accenture

From Italy to India and now in Australia, Alex Esposito has embraced the opportunities Accenture Interactive Build provides globally. Read his story.