Over the past 24 months, Accenture has observed a sharp increase in ransomware incidents, tools, and threat groups. Most of the newer groups we have observed have been splinter groups that have separated from other groups. They often share many of the same tools and techniques as their former affiliates. The vast majority of ransomware groups Accenture has come across, including more recent splinter groups, operate with a mature capability developed over years of experience executing ransomware attacks.

However, the potential financial rewards, low risk and low technical barriers to entry may be enticing new entrants to ransomware extortion with relatively low levels of experience, creating new risks for victims.

In this blog post, we examine the risks posed by these new entrants, analyses Wobbegong’s tactics, techniques, and procedures (TTPs), and outline proactive steps Cyber Defence teams can take to defend against Wobbegong and other related threat actors.

One of the first steps in any ransomware investigation is to identify the threat actor. Knowing who the threat actor is can speed up and reduce the effort required to contain the threat by enabling the response team to identify and proactively hunt for known prior tradecraft. During the initial investigation, Accenture was unable to identify any correlations between the infrastructure, tools, ransomware notes, payment wallets or engagement channels used by Wobbegong and any other known ransomware threat actors. However, later during the investigation, a user on a Bleepingcomputer.com forum posted a question regarding a ransomware attack that referenced the same TOX user ID and a ransom note that correlated with Wobbegong, suggesting that this incident wasn’t isolated and that more attacks are likely to follow.

Many of the ransomware attack victims Accenture works with elect to engage with the threat actor, whether they have an intention of making a ransom payment or not. It’s good practice to keep this option on the table while the investigation unfolds. During communications with the threat actor, they confirmed that they were indeed a new group.

This fact that we were dealing with a new threat actor presented several significant challenges in terms of determining the risk to the client in making a ransom payment. It would not be possible to determine if they would be in breach of international sanctions and with no history to draw from, confidence was not high that data could be recovered even if the ransom was paid. Later in the investigation, this turned out to be a very real concern.

The forensic investigation suggested that Wobbegong used CVE-2019-18935 as the initial point of entry. This vulnerability allows remote code execution through a .NET deserialization vulnerability in the RadAsyncUpload function of Progress Telerik UI for ASP.NET AJAX. Exploit code for this vulnerability can be easily found through code-sharing sites such as GitHub and Exploit-DB. While it is likely that Wobbegong has access to other exploits, it was interesting to note that both the exploit and the custom malware tools used by this threat actor are all based on the .NET framework, suggesting the threat actor may have capability or experience with this specific framework.

Following initial entry, Wobbegong maintained access to the environment for 103 days before deploying the ransomware. This dwell time is typical of most ransomware groups that automate mass exploitation of vulnerabilities and come back at a later-date to monetise their access through the deployment of ransomware. The lengthy dwell time also suggests there may be other victims of this threat who do not know they have already been compromised at the time of writing this article.

Accenture’s Cyber Threat Intelligence team reverse engineered the ‘Locker’ ransomware used by Wobbegong to encrypt the victim’s files. The ransomware was written using the .NET framework. Accenture’s reverse engineers found minimal effort had been made to obfuscate the code or hinder reverse engineering. This suggests the developers have a relatively low level of maturity compared to other more experienced threat actors.

The execution flow of the ransomware is as follows:

The ransomware enumerates local drives and file shares on the victim’s computer and initiates a thread to start encrypting files. It does not encrypt network shares containing the $ sign, as these are created by default in the operating system for administrative tasks and are needed for restoring files using the ransomware’s decryption tool. The ransomware also avoids encrypting files in other folders necessary for system operation, such as \Program Files and \Windows, and files with extensions that match with a defined list of extensions, such as .exe, .dll, .sys, etc.

The ransomware only encrypts files that are less than 4,294,967,167 bytes (approximately 4.29gb) in size. It uses an AES-256 encryption with a randomly generated key. Only every second 16-byte chunk is encrypted, up to the first 10 million bytes. All data beyond this limit is left untouched. This technique is consistent with other ransomware malware to avoid detection mechanisms that identify encrypted files by checking if the entire file has been corrupted. Once the file is encrypted, the encryption key is then encrypted and appended to the file. 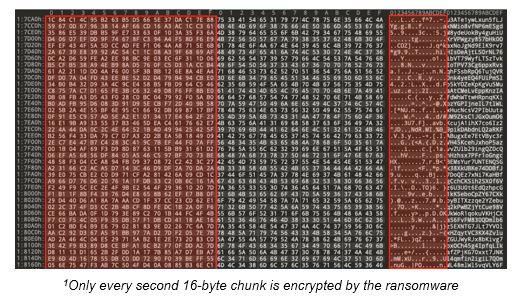 This bug would likely affect files between 2 and 4 GB in size, meaning that even if an affected organization were to pay the ransom to receive the decryption tool, it is possible that such files may not be recoverable. This bug highlights the additional risks of dealing with less-experienced ransomware threat actors.

A key part of Wobbegong’s toolset is another custom malware which contains the capability to perform credential dumping, establish persistence and evade Windows Defender. The malware shares common method names and variable names as the ‘Locker’ ransomware, suggesting both malware tools were created by the same author. Accenture have named this malware ‘HarpoonBot’, based on a resource referenced in the code. HarpoonBot is written using the .NET framework and was first submitted to the VirusTotal malware library on June 8th. This was also the time where Wobbegong was first observed inside the victim’s environment.

HarpoonBot drops a version of the XMRig cryptocurrency coin miner, which was first submitted to VirusTotal in April 2021. Its presence within the attacker’s toolset suggests Wobbegong may have a hybrid cryptocurrency mining/ransomware operating model. It is also possible Wobbegong compromised the environment to deploy cryptocurrency miners, only to return months later to deploy ransomware. XMRig has been observed in other hybrid operations before, as reported by Kaspersky in October 2020.

HarpoonBot is bundled with a RC4 encrypted and compressed version of Mimikatz. Mimikatz is a popular tool used by many threat actors to access passwords that are stored in the Windows LSASS process which is responsible for managing authentication and enforcing Windows security policy. Credentials harvested using Mimikatz are sent to .onion site on the dark web. The same. onion site was observed as a primary command and control channel by the threat actor throughout the operation.

Wobbegong used Mimikatz to access credentials and then impersonated users to move laterally throughout the network and gain access to Windows Domain Administrator credentials, which were then used to deploy the ‘Locker’ ransomware. This playbook is consistent with most other ransomware threat actors.

OTHER TACTICS, TECHNIQUES AND PROCEDURES

The other TTPs used by the threat actor are consistent with other ransomware threat actors and are relatively well known.

Once Wobbegong has established initial access, they establish persistence through several actions:

Evidence of the use of the rclone tool to upload files to the mega.co.nz file sharing cloud service was observed on the victim’s system, suggesting the threat actor attempted to exfiltrate data from the victim’s network prior to deploying the ransomware, possibly for use in a secondary extortion attempt.

The forensic investigation suggested Wobbegong was not selective with respect to what types of files or information they attempted to exfiltrate. This is inconsistent with other more mature ransomware threat actors who have become very selective in terms of the data they steal and its value to their victim. This again points to Wobbegong being a relatively inexperienced ransomware threat actor.

DEFENDING AGAINST THE THREAT

To defend against Wobbegong, Accenture recommends the following actions. Given the consistency in tradecraft between Wobbegong and other ransomware threat actors, most of these actions are equally as applicable to preventing other ransomware attacks:

Threat hunting after patching critical remote code execution vulnerabilities on network perimeter systems to make sure they haven’t been backdoored before being patched.

Wobbegong’s activities and use of tools have demonstrated a new element of the ransomware threat; new and unsophisticated ‘copycat’ threat actors taking advantage of the potential for lucrative returns, relatively low personal risk, and abundance of information on ransomware tradecraft. However, as demonstrated by Accenture’s experience with Wobbegong, relatively inexperienced threat actors introduce new risks which should be considered when preparing to deal with ransomware threats. Examples of these new risks include:

Disclaimer : This content is provided for general information purposes and is not intended to be used in place of consultation with our professional advisors.
Copyright © 2021 Accenture. All rights reserved. Accenture and its logo are registered trademarks of Accenture.

As the AAPAC lead for Cyber Defence at Accenture, Mark brings the best of Accenture's global capability to the AAPAC region.

Mack is passionate about maximising the efficiency of security operations by effectively using threat intelligence practices. 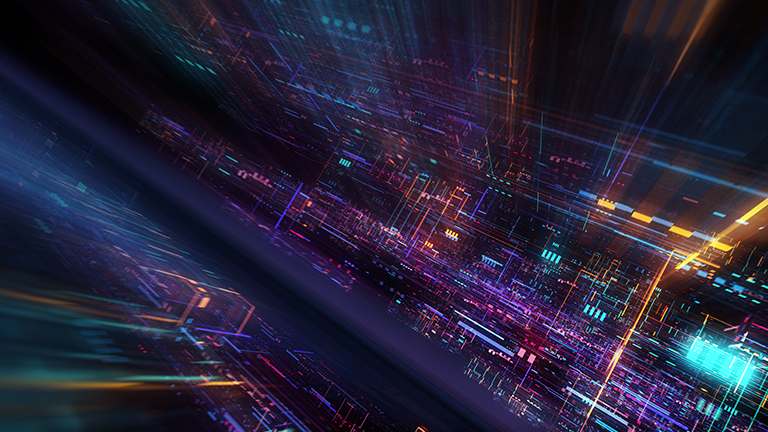 Mainframe modernisation - from legacy to cloud

Accenture research based on a survey of Australia-New Zealand IT executives finds that modernising mainframes is high on their list of priorities. Read more. 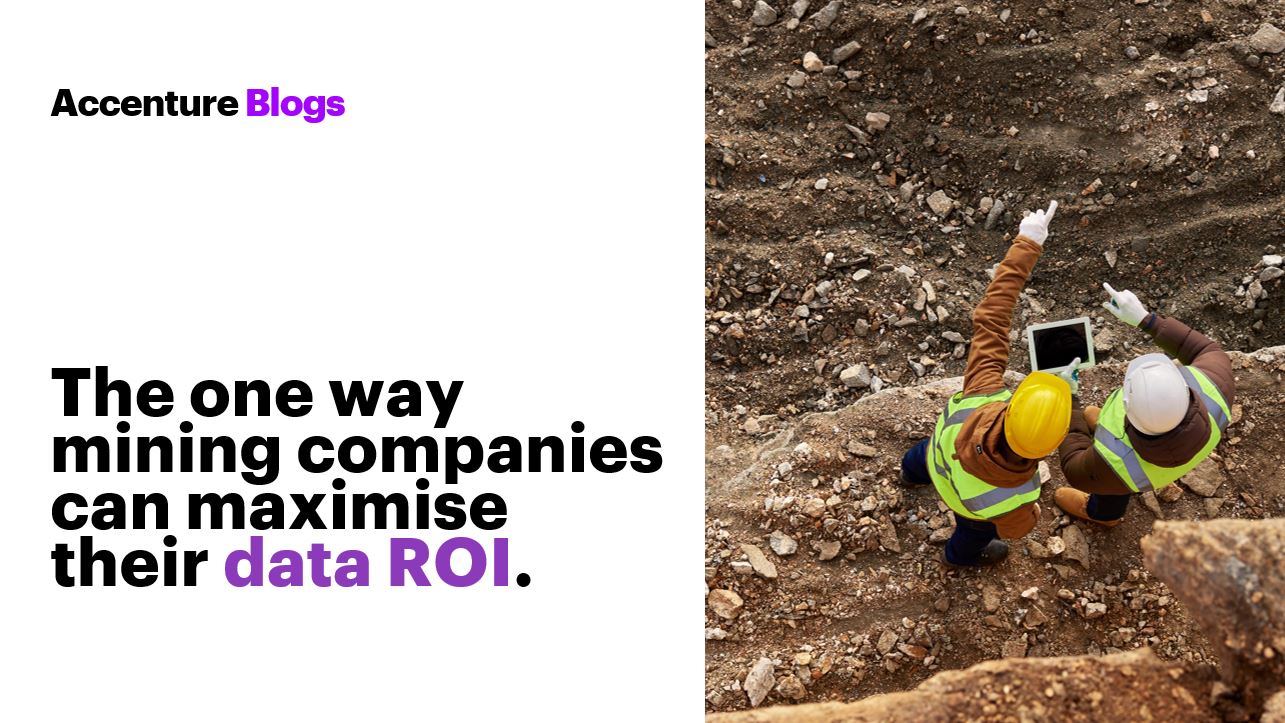 Cost savings aren’t all they seem in the mining industry. And there’s one single reason why.

Mining companies are awash with isolated digital projects that appear to be delivering benefits. But Accenture explains one reason this isn’t always the case. 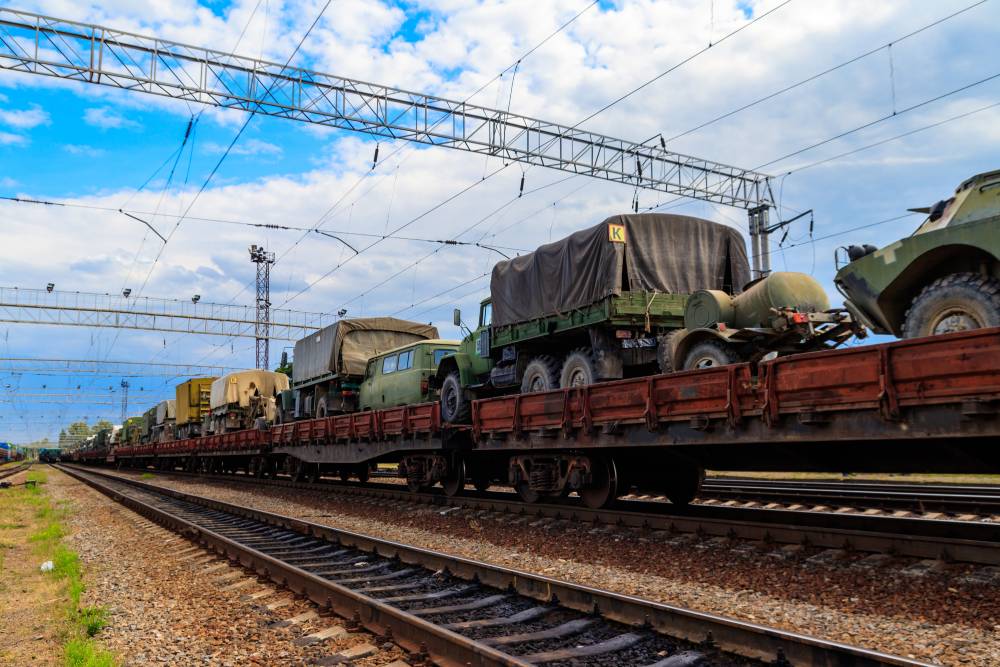 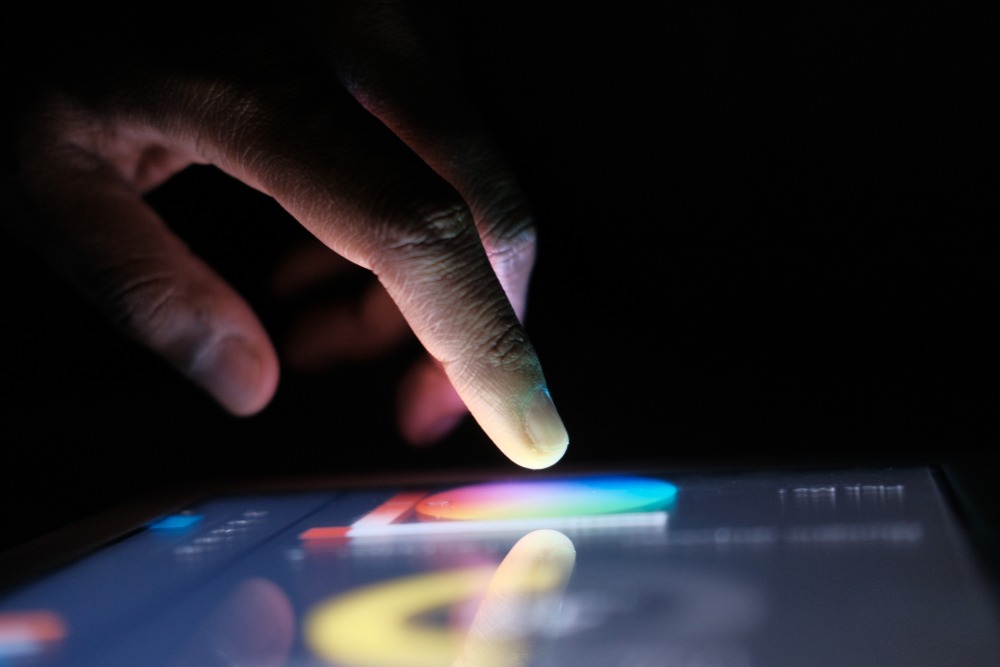 A perspective: measurement in the cookie-free world

Accenture's Tim Higgins talks about how organizations can prepare for upcoming changes to data and privacy laws. Read more. 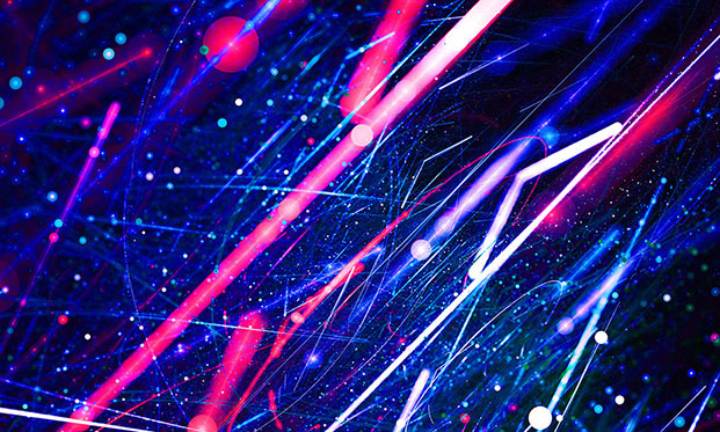 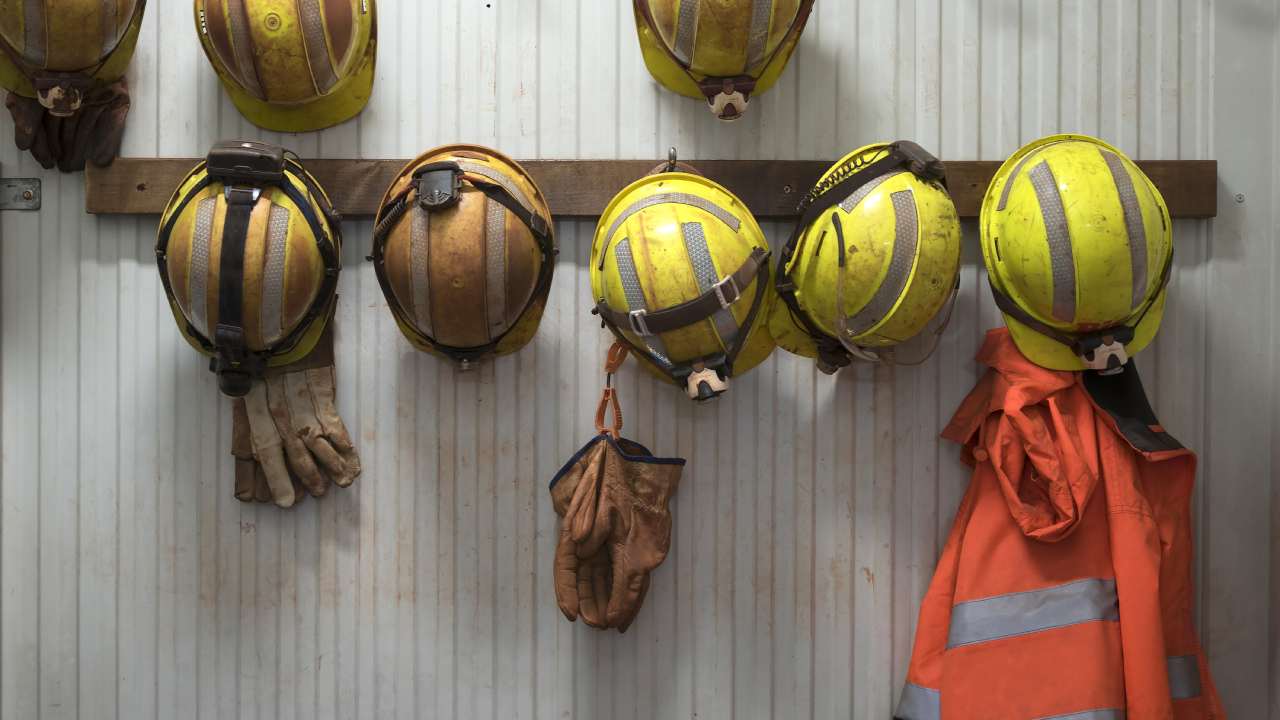 Is mental health the next mining frontier?

Accenture research predicts that by 2025, less than 10% of mining employees will be physically required on site. Read more.